India's big summer of international basketball action continues. After the women's team's experiences at the William Jones Cup last week, the Senior Men's squad will have their chance at the prestigious invitational tournament in Chinese Taipei. Under a new, experienced head coach, but minus several of our top players, India heads to Chinese Taipei for the 2017 William Jones Cup - the Men's tournament - to be held from July 15-23 at the Taipei Heping Basketball Gymnasium in Taipei. The tournament will serve as crucial practice for India as they prepare for the summer's biggest extravaganza: next month's FIBA Asia Cup in Lebanon.

This year's large fray of the round robin championship will feature ten teams, including international squads from Asia and a couple of club teams from the rest of the world. India's schedule will be jam-packed, with nine games in nine consecutive days. Participating teams include two host Chinese Taipei teams, Asian champions Iran, Philippines, Japan, South Korea, Iraq, and club sides from Lithuania and Canada.

India will not be held back by visa problems this year, but injuries and travel will reduce the team to a more depleted squad, compared to what the coaching staff will hope will be the full team for Lebanon. India is being led by Rikin Pethani as captain and will feature international star Amjyot Singh. Missing from action will be Vishesh Bhriguvanshi and Yadwinder Singh (injury) and Amritpal Singh, Palpreet Singh, and Satnam Singh (busy with international club obligations). Their absence will give other veterans and up-and-comers like Pratham Singh, Basil Philip, Prudhvi Reddy, Baladhaneshwar Poiyamozhi, Gurvinder Singh Gill, and Prasanna Sivakumar a chance to shine. 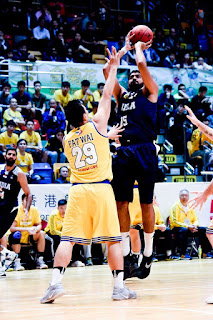 All the spotlight, however, will be on Phil Weber, newly-hired coach of the Indian Men squad - even though at the time of writing, the Basketball Federation of India (BFI) is set to finalise his contract or make an official announcement. Weber is an experienced NBA assistant coach who is currently working for the New Orleans Pelicans alongside Alvin Gentry and has worked in the past for the Phoenix Suns and the New York Knicks. This will be the first opportunity for Weber to put to test about ten days of practice time with the national team and get an idea of how India will shape up against top-ranked teams from the region (and beyond). Assisting him in India's coaching staff will be experienced national coaches Bhaskar Sappaniambalam and Sebastian Padipurakkal Joseph. 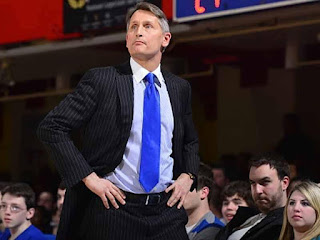 India's last international outing was at the 2017 BRICS Games in Guangzhou, China, from where they returned with a 0-3 record. Without Amritpal and Bhriguvanshi on the roster for the William Jones Cup, a lot of hopes will be on Amjyot Singh to be India's star man. Coach Weber will be putting a lot of trust on relatively inexperienced role players beyond the core of Amjyot, Pethani, Pratham, and Venkatesh, but that is why a tournament like this can be crucial to help the team get big match practice.

India's most winnable challenge will be in their very first game, against Iraq. The rest of the national teams are ranked higher than India and the club squads are likely to post a major threat, too. Playing against Iran will give India a good idea of the team they are also scheduled to face in their preliminary round stage at the FIBA Asia Cup.

The 2017 FIBA Asia Cup will be the biggest-ever iteration of the event, featuring the top teams from both the Asia and Oceania regions, held from August 8-20 in Beirut, Lebanon. India are in Group A of the tournament with defending champions Iran, Jordan, and Syria. Hopefully, Weber and the team are able to learn important lessons at the William Jones Cup over the next ten days and have a full, healthy squad available for the bigger challenge ahead.