After a gap of twelve years, India's Senior Men's Basketball Team returned to the prestigious William Jones Cup, the biggest Asian basketball tournament outside of the FIBA tournaments, held in Chinese Taipei (Taiwan) from July 23 - 31. A total of nine teams - international sides, club sides, and college squads - took side in this round-robin league-based Men's tournament. Finishing a perfect 8-0, the club Mighty Sports of the Pilipinas Commercial Basketball League (PCBL) finished at top spot. Team India ended the tournament with at just 1-7 at ninth place, but played well with strong performances despite some bad fortune. 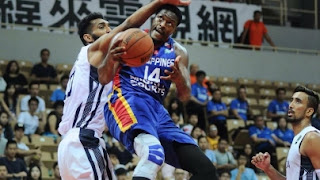 Marshalled by the output of Dewarick Spencer, who led Mighty Sports in both points and assists, the PBA club blew out all their opponents with a comfortable margin. Their only challenging games were against Taipei Blue and Iran, but they managed to end well in both contests to keep their unbeaten record. A comfortable 104-80 win against Taipei White in the last game of the tournament on Sunday, July 31st gave Mighty Sports the tournament's best record. 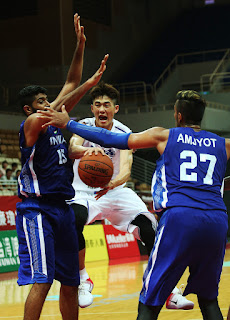 India also lost two further games in unfortunate fashion, going going to California State University (USA) to a late three pointer 62-60 and losing to Taipei Blue 76-70 after pushing the game to overtime. Against higher ranked physical teams such as Egypt, Iran and Mighty Sports, India were neck-to-neck through most of the contest, but lack of concentration in small stretches cost them a victory.

Some of India's early losses could have easily turned in their favour had they hadn't suffered an additional, off-the-court hitch. India's captain Amrit Pal Singh and backup guard Basil Philip both suffered from a passport error that ultimately hurt their chances to fly with the team for the start of the tournament. Amrit Pal and Philip missed the first four games of the tournament and their absence was missed in a couple of India's close losses, to California State and Taipei Blue.

Amrit Pal's return to the lineup however truly ignited India again as the big man ended up leading the team in scoring (14.4 ppg). India's forward Amjyor Singh performed well to lead the squad in rebounds (9.9 rpg) while guard Vishesh Bhriguvanshi led the team in assists (4.1 apg).

This tournament proved to be an important preview and practice for bigger challenges ahead. India is set to play in the FIBA Asia Challenge in Iran next month, and going up against different kinds of rivals in Chinese Taipei has helped the team further explore their own identity and gain invaluable international exposure.