Adelaide, the capital city of South Australia and the country's fifth-most populous city, is nearly 9,000 kilometres away from Varanasi, the ever-living, ancient Indian city in Uttar Pradesh. And yet, with the supreme power of basketball, one of Varanasi's most accomplished contemporary exports is going to turn that distance into dust with his newest incredible leap. 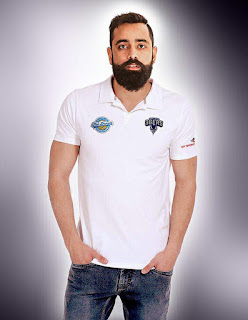 Bhriguvanshi, one of the most experienced and talented players produced by Indian basketball, has just made history by becoming the first player to be signed by Australia's top-tier basketball league, the National Basketball League (NBL). He has been offered a one-year training contract by the Adelaide 36ers for their forthcoming season, which is set to begin in October. This contract means that Bhriguvanshi will be a part of the team as a reserve to train with the club, but will only get to play if he replaces an injured player.

Bhriguvanshi (25) was part of a four-member contingent of top Indian players who were invited to the NBL's Draft Combine in Melbourne in April. A 6-foot-5 shooting guard, he clearly made an impression on the Adelaide scouts for his ability to lead a team from the backcourt. Bhriguvanshi's Indian squad teammate, Amritpal Singh, has also received serious NBL interest and will be part of a pre-season tour with the Sydney Kings. One of them will surely become the first Indian to play in the NBL.

"Vishesh is an exciting talent from India, renowned for his court presence and intuitive feel for the game," said Guy Hedderwick, the 36ers, CEO. "It’s great to have signed the first Indian player to the NBL and we’re looking forward to connecting with the Indian community during his basketball journey." 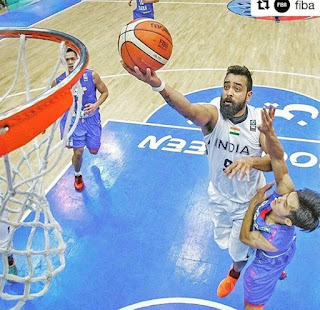 Bhriguvanshi spoke to Jamie Alter on The Times of India and acknowledged that the signing was a dream come true for him. "A league in India is what I always wanted, but we still lack in that, so this opportunity makes me feel on top of the world. The NBL is one of the world's biggest leagues after the NBA," said Vishesh. "Every player has a dream to play for a reputed league some day, and so it was my dream. Representing the nation is very different feeling, and I am definitely proud of that, but playing in a league like this has always been my dream and that is what keeps me motivated."

"We look forward to this new relationship, not only with Vishesh, but with the whole of India," said Managing Director and Co-Founder of The Dream Basketball Academy Raheim Brown. "He will represent the Dream Academy and the Adelaide 36ers proudly for his country and himself. Following Terrance Ferguson’s success, NBA scouts are paying increased attention to the Dream Academy, the Adelaide 36ers and the NBL, as an alternative pathway to achieve an NBA career."

Bhriguvanshi, who had injured himself while playing for India at the BRICS Games 2017 last month, has recovered and is set to participate for the national team at the FIBA Asia Cup in Lebanon in August. He may head to Adelaide before that to begin training alongside the 36ers. 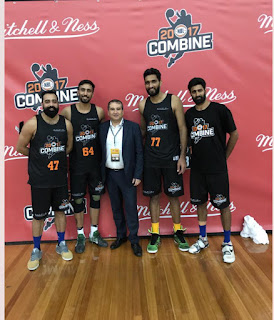 The 36ers have won four NBL titles in their franchise history, the second-most of any team in the league, but their last championship came back in 2002. They are currently coached by former NBA draftee Joey Wright and reached the NBL's semi-finals in the 2016-17 season led by Mitch Creek and Jerome Randle.

Getting a chance to make his NBL debut will be another great feather in Bhriguvanshi's hat. Born to a humble family in Varanasi (my hometown!) he has come a long way over the past eight years, becoming one of India's best young players, getting the post of national captain, dominating the domestic circuit with ONGC, and winning the MVP award of the recent season of the UBA Basketball League with the Bengaluru Beast. I have written extensively about Bhriguvanshi, who is perhaps the most-decorated athlete in India without mainstream name-recognition. Hopefully, this latest honour opens up doors for more opportunities for him and other Indian stars.

As we celebrate Bhriguvanshi's achievement, let us also take a moment to reflect on the first Indian to play professional basketball in Australia: Arjuna Award winner Geethu Anna Jose. The star of the Indian women team over the past decade Jose played for the Ringwood Hawks in 2006, won the MVP award in the Big V division, and played in the WNBL preseason in 2008.
Posted by KARAN MADHOK at 22:33