A month ago, Tamil Nadu's Girls and Punjab's Boys rose among the best under-18 talents in the country to win the Junior Nationals gold in Puducherry. This week, it was deja vu of their younger sisters and brothers, as the two states repeated their incredible feat at the under-16 level, too. 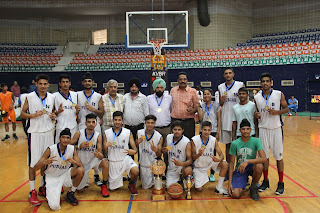 Two of India's most-famed factories of young basketball talent - Tamil Nadu and Punjab - continued to stamp their authority at the game's youth level when both emerged as victors at the 34th Youth (U16) National Basketball Championship for Men and Women in Hyderabad. The eight-day tournament concluded at the famed Gachibowli Stadium in Hyderabad with the finals between the top remaining squads in the country on Saturday, July 8.

This year's tournament marked a special high-point for Tamil Nadu's Girls, who have now won four consecutive gold medals at this event and played in five straight finals. In the final, TN clashed against Karnataka, who were India's U18 champions last year and, like TN, reached the final stage undefeated. With a fast start where they took a 14-point first-half lead, however, TN assured their intent of keeping their names on the trophy. Led by the duo of Monica Jayaseeli (23) and Pushpa (20), TN's first half helped secure a 70-53 victory and yet another impressive title. Reshma Ramesh scored 18 for Karnataka in the loss. 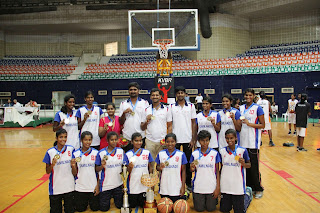 Despite being the training ground for so many of India's top players, Punjab hadn't made it to the medal rounds of the Youth Nationals since 2013. This year, however, they fielded a stacked up featuring young phenom Princepal Singh. In the final they faced a surprising Madhya Pradesh side who had risen dramatically from Level 2 to reach the podium stage. But what was supposed to be a blowout turned out to be a closely-contested matchup, as MP's talented wing players helped to neutralise the damage Princepal did in the inside. In a back and forth game where both teams exchanged leads throughout, it eventually ended up being clutch free throws made by Princepal in the game's last 20 seconds that helped secure a 80-77 victory for Punjab. Princepal ended up with 25 points on the day while Rajan (18) and Harsimranjit Singh (16) aided his cause in the win. MP's star player Divyaraj Singh Rathore scored 28 while his teammate Udayveer Yadav added 20.

For the prize and souvenir distribution ceremony, G Kishan Reddy (MLA & Floor Leader, BJLP, Telangana) was the chief guest and Dr V Ragothaman was the guest of honour. MVP awards given to Karnataka's Sanjana Ramesh (Girls) & Punjab's Princepal Singh (Boys). Princepal, you may recall is the same Punjabi youngster who last year won a $75,000 scholarship from the Spire Institute to train in USA. The BFI gave additional 'Most Promising Player' awards to Telangana's Arya Sreeramaneni (Girls) and MP's Divyaraj Singh Rathore (Boys).

The third/fourth place matchups were also held on Saturday. Last year's finalists Kerala defeated a strong Uttar Pradesh side 58-67, led by An Mariya Johny (17) and Ann Mary Zachariah (16). In the men's game, Andhra Pradesh capped off an unlikely surge in this year's tournament with a nail-biting victory over Haryana, 72-68. A Sai Pavan scored 21 for the winning side, assisted by SVV Sai Krishna's 17. Haryana were led by Anil (20), Mukesh (17), and Kapil Mor (17). 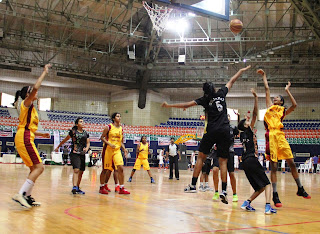 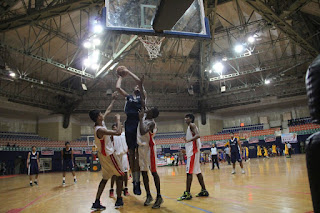