The Basketball Federation of India (BFI) has been having a busy week. While organising what has arguably been the biggest basketball event ever hosted in India - the FIBA Asia Women's Cup 2017 - the BFI received some good news. A year after the Indian government's Ministry of Youth Affairs and Sports removed BFI from the list of National Sports Federations (NSF) of the country, they have reinstated recognition to the basketball body, announced the BFI itself on Thursday.

If you recall, this whole ridiculous drama began when the BFI split into two separate executive committees, each competing to be the rightful BFI body in India. The committee led by president K. Govindraj were eventually able to gain recognition by FIBA (the international basketball association) and continue to hold domestic and international basketball events over the past two years. But because of political backing, the Indian Olympic Association (IOA) and the Sports Ministry both backed away from this committee as a favour to the other.

Two weeks ago, the IOA finally granted affiliation to this "new" BFI, and this week, the Sports Ministry did the same, as the BFI has fulfilled all the conditions laid down by the National Sports Development Code of India, 2011 for grant of recognition. This is a major step forward as the committee which has been working to develop basketball in India without official national support can now move forward with the government in hand, instead of being at odds with it.

Speaking about the ministry's decision, BFI's Secretary-General Chander Mukhi Sharma said, "This positive step is in recognition of the continued service to the game under the leadership and guidance of our President Shri K Govindaraj. I’m thankful to all the stakeholders who have stood by us and supported us in the last two and a half years. We will take the game to new heights." 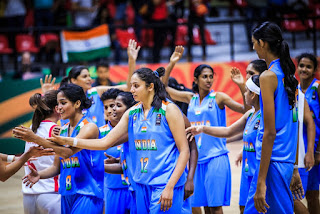 Since the election of Govindraj, Sharma, and V. Raghothaman as President, Secretary General and Treasurer, respectively, of the BFI in March 2015, the committee has been federation has kept the ball bouncing in Indian basketball. The Indian national teams have participated in 16 prestigious international competitions across various age groups in both the men and women sections. In terms of competitive events, BFI has hosted two South Asian Basketball Association (SABA) Championships and important FIBA gatherings such as the FIBA Asia Central Board Meeting and the FIBA New Competitions System Workshop. The BFI has also been conducting regular National Championships and various FIBA Coaching Certification courses. This year, the BFI has been entrusted to conduct two major FIBA Asia events: the ongoing FIBA Asia Women's Cup and the future FIBA Asia Championship for U16 Women.

Glad to see a chapter in this long, nasty soap opera finally come to a close. Basketball needs all federations and associations working together to grow in the country. Hopefully, the BFI can now move forward and secure funding to develop the game at all levels.
Posted by KARAN MADHOK at 23:21