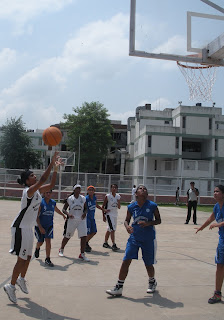 GD Goenka Boys and Montfort School Girls will be scouting their new challengers as the third edition of the BFI-IMG Reliance Delhi School League tips off across several schools in New Delhi on Friday, August 31. Organised by the Basketball Federation of India (BFI), IMG Reliance, and the Delhi Basketball Association (DBA), the third edition of the Delhi School League will be the largest yet, involving a total of 23 teams (12 boys’, 11 girls’) in competition.

Posted by KARAN MADHOK at 12:35 No comments:

The Phoenix Suns can be certain that they are heading into the post-Nash era with some optimism and new personality in their roster. Time will tell if this new team can gel together without an All Star leader. The Sun may have set on the Nash-era, but it will be up to these new faces to make sure a new sun confidently rises in Phoenix again.

Posted by KARAN MADHOK at 20:09 No comments:

On Sunday, USA’s under-17 Women’s squad repeated their performance from 2010, as they once again went undefeated through the FIBA U17 World Championship to cap off their performance with a gold medal. This victory came in a final versus a spirited Spanish team On August 26 in the Dutch capital of Amsterdam, which played host to the second edition of this tournament. 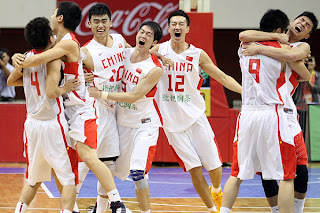 With a thrilling comeback, China win their 10th gold at the U18 FIBA Asia Basketball Championship at Ulaanbaatar, Mongolia, on August 26th, beating Korea 93-91 in the Final.

Meanwhile, India - led by the brilliant Palpreet Singh Brar - won two of their eight games, but their performance was good enough to warrant them a 10th place finish (out of 16) at the tournament, their best finish since 2004.

Here is a detailed recap of the tournament, with focus on India's performances.

Posted by KARAN MADHOK at 13:20 No comments:

From August 28th - September 2, the 48th PSG Trophy tournament for Men and the 11th CRI Pumps tournament for Women will be held in Coimbatore, Tamil Nadu, for eight Men's and seven Women's basketball clubs from across India.

Both tournaments will be played on a league basis, before the Semi Finals and Finals on the 1st and 2nd of September respectively.

Posted by KARAN MADHOK at 09:24 No comments:

Robert Horry is coming to India

If Robert Horry lands into India in mid-September wearing all of his championship rings, he could really leave our jyotishs in a tizzy. You know, those bogus astrologers who make people buy rings and gemstones for good luck? Well, Horry flipped the script on that theory. His good luck brought him the rings. The winner of 7 NBA championships will be the featured guest in the Delhi NCR region for the launch of the NBA 3x3 tournaments on September 15-16, 2012.

Posted by KARAN MADHOK at 10:42 No comments:

Here is my top-ten list of the NBA’s greatest players – past and present – without a championship. The unfortunate few, who for one reason or another, never got a chance to wear a championship ring. Whether their teams weren’t right for them to win or whether they weren’t right for a winning team, these greats achieved almost everything except winning the biggest prize of them all.

Posted by KARAN MADHOK at 15:37 No comments:

From August 20th till September 9th, inter-school basketball tournaments are set to be held between Tibetan schools across three different regions in India. According to the Dharamshala-based Tibetan National Sports Association (TNSA), these tournaments will be held for secondary and senior-secondary boys in as many as 20 schools in South India, Himachal Pradesh, and Doon Valley. 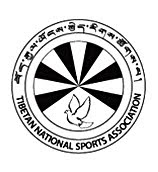 The games will be held at the Tibetan Children’s Village (TCV) schools in each region. Here’s more information, via Phayul.com:

TNSA, the only sports association in the exile community, which also manages the Tibetan National Football Association, is oragnising and financing the basketball tournament. 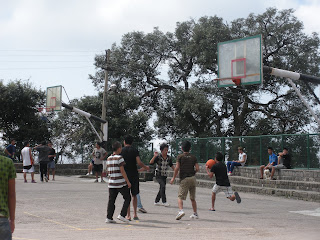 There’s no secret that the Tibetan population in India are huge basketball fanatics: nearly every TCV school across the country has access to a decent basketball court, and basketball – along with football – are the two favourite sports of kids. Hopefully an organised tournament across the country can further encourage the participants to take the game more seriously and provide a healthy platform for competition.
Posted by KARAN MADHOK at 07:57 No comments:

The NBA has announced 3x3 tournaments in four regions across India – Delhi NCR, Hyderabad, Chennai, and Mumbai – in the U18 and the over-18 section. The winners of the tournaments will get a chance to play in the National Championship in India, and the Indian National Champions will get an opportunity to represent the country at the 2013 FIBA/NBA Asia 3x3 event. The winners will also get a chance to win a trip to the 2013 NBA All Star Weekend in Houston!

For the past few years, the NBA has been extremely thin in the middle, and with the recent exception of Andrew Bynum, there have been no talented Centers left to challenge the supremacy of Dwight Howard. The future seems to be brighter for the big guy though, and here are a few big young'uns who will hope to become the Centers of Attention in coming years.

Posted by KARAN MADHOK at 16:47 No comments: 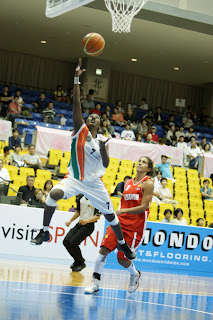 India’s fearsome twosome of Geethu Anna Jose and Anitha Paul Durai – forever teammates in Southern Railway, Indian Railways, and the Indian National team – again joined forces, but this time in foreign shores. Geethu and Anitha were both signed on a one-month contract to play for the Sripatum University in Bangkok in a women’s professional basketball league in Thailand.

Posted by KARAN MADHOK at 12:18 No comments:

The hard truth is that most Indians are just not a sport-loving public. It would be unfair to expect fans to be in good spirits when our teams aren’t successful, but if we really were fans of the team, then we should at least let their support be heard. If we liked the sport that they came out to watch then we should appreciate the brilliance and the beauty of the sport regardless of the circumstances.

Posted by KARAN MADHOK at 15:02 No comments:

India’s U18 Boys’ squad has been announced for the 22nd U18 FIBA Asia Championship, which will be held in Mongolia’s capital city Ulaanbaatar from August 17-26, 2012. After spending time in camp in New Delhi for the past month, the 12-man roster to represent India at this event was released by the Basketball Federation of India (BFI) on Sunday. Here is an India-centric preview of the upcoming tournament!

Posted by KARAN MADHOK at 13:13 No comments: 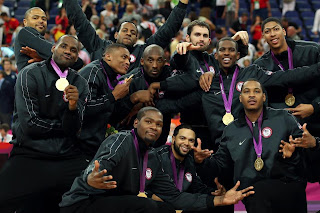 The Men's and Women's Basketball team from the USA ruled the Olympics roast again, both leaving London with gold medals around their necks. While the Men's squad sweated it out in a classic final against Spain, the Women strolled to their fifth straight gold with a blowout win over France. Here is a recap of the memorable Olympics Basketball Tournament.

Posted by KARAN MADHOK at 11:58 No comments:

Fortune has hovered above Kobe Bryant for the majority of his 16-year career, and now with Dwight Howard in his side, he has the chance to continue cementing his legacy. Is he one of the greatest ever players of all time or just one of the luckiest. The answer lies somewhere in the middle, as Kobe will stand in history as player who forced luck to be with him and prolonged his success.

Posted by KARAN MADHOK at 15:33 No comments:

If all the talent was willing and available, USA could’ve fielded one of the greatest basketball squads of all time in 2012.

So I’m going to pretend to be Jerry Colangelo – the director of USA Basketball, and the man responsible for building the team – for a while. I’m going to pretend that every injured player was healthy, every old player willing to sacrifice his body for the team, every young player given a chance, and no other players unfairly ignore. I’m going to reconstruct the team as I see fit based on talent and a winning system. I’m going to imagine a team that could be really capable of beating the 1992 Dream Team.

Posted by KARAN MADHOK at 17:03 No comments:

Brandon Bass in Beijing: My first taste of NBA China 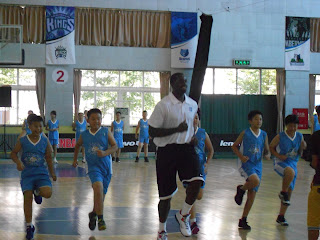 Invited to attend a Lenovo NBA camp in Beijing, I got my first taste of NBA China earlier this week - the main event of the day was Boston Celtics' Power Forward Brandon Bass. Here's more about the camp and about a major upcoming event for NBA China.

Posted by KARAN MADHOK at 10:22 No comments:

Spreading a message of academic opportunities for Indian students via the medium of basketball, the non-profit international programme Crossover Basketball and Scholars Academy are hosting their first academy session 'Hoops Creating Hope' at the St. Patrick's School in Chennai, Tamil Nadu from August 6-15, 2012.

“We are very excited to be launching the Academy this year in India," said Founder Shaun Jayachandran, "Basketball has opened doors to so many around the world and is a perfect sport for India; a dynamic, engaging sport that uses critical thinking, athleticism, creativity, and teamwork. Being on the forefront of engaging younger students with long-term goals of high school and university completion regardless of current economic struggles means that they can not only expect, but will, be part of our program for years to come."

Jayachandran will lead the team for the first session in Chennai, that will invited 3-40 selected students from the area.

Crossover Basketball and Scholars Academy is the first non-profit international program in India to leverage athletic values and skill as a means to develop academic opportunities for Indian students and create future community leaders. The main objective of Crossover Basketball is to leverage the untapped potential of basketball talent in India by improving the athletic skill sets of student-athletes with the goal of preparing those students for future recruitment, in combination of academics, leadership and/or basketball, by United States, and Indian high school and college programmes.

Posted by KARAN MADHOK at 11:44 No comments:

Summer of ’80: Indian Basketball at the Olympics

32 years ago, India's Men's basketball team made their first - and last - appearance in the Olympics. While we watch the basketball tournament at the 2012 Olympics in London, let’s take a nostalgic journey back to the Moscow Olympics in 1980 when Indian basketball made history.

Posted by KARAN MADHOK at 18:19 No comments: