After an 11-year gap, India's Men's national team's return to the prestigious William Jones Cup in Taiwan has been a bit of a mixed bag so far. India named their strongest-possible team out of the available pool, but still started the tournament with three consecutive losses. But the 0-3 record looks harsher than it should: India's first loss to California State University was to a miracle three pointer with 20 seconds left in the game and their third loss to Taipei Blue happened in overtime after a neck-to-neck contest. Even without a single win, India have announced their arrival as one of the most improved teams in the continent and a force to be reckoned with at next month's FIBA Asia Challenge. 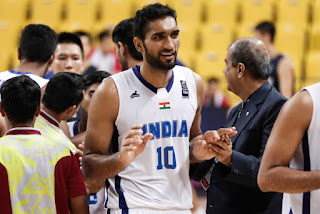 Alas, India's close call losses early in this tournament now come burdened with an unfortunate - and frankly ridiculous - asterisk. On Monday, The Times of India reported that two of India's crucial players - captain Amrit Pal Singh and swingman Basil Philip - failed to fly to Taiwan with the rest of the team on Friday because of a visa blunder by the Embassy of Taiwan. TOI's Payal Dhawani reported that the Taiwan Embassy swapped the photographs of Amrit Pal and Philip in their visas. The Basketball Federation of India (BFI) only learnt of this gaffe on Friday evening, hours before the flight to Taiwan.

Without their captain and defensive stalwart Amrit Pal, and without the scoring ability of Philip off the bench, India have still played well behind the talents of Amjyot Singh, Vishesh Bhriguvanshi, and TJ Sahi, but the team didn't have enough juice to close out some of the close games. Amrit Pal and Philip are expected to miss one more game on Tuesday against Korea and will hopefully rejoin the squad after their visa troubles have been sorted for Game 5 on Wednesday against Egypt.

Amrit Pal spoke of his distress to The Times of India on Monday, while BFI's Secretary-General Chander Mukhi Sharma had stronger words to add, alleging that Taiwan purposefully tried to hold back Indian stars from making it to the William Jones Cup. Via The Times of India:

A distressed Amritpal told TOI, "I was going to play in my first William Jones Cup and was very excited. Now, I am really disheartened that due to negligence of the embassy, I could not reach Taiwan. The entire team is in Taiwan except for me and Basil."
"Since (Saturday) morning, the federation is trying to get the visa issue resolved."

Meanwhile, the BFI suspects it to be a deliberate act on the part of Taiwan embassy since both Amritpal and Basil were strong players of the Indian team. Talking to TOI, Chander Mukhi Sharma, the secretary general of BFI, said, "Due to the fault of Taiwan embassy two of our important players Amritpal Singh and Basil Philip could not go for the William Jones Cup in Taipei. The federation will certainly file a formal complaint to Fiba on this."
Sharma further alleged, "This could also be a deliberate act to make our team weaker. I will get the documents on Monday. After discussing this with the federation a plaint will be lodged against the embassy."


Sharma has made a strong allegation, and it will be interesting to hear FIBA's reaction to BFI's complaint about this error. Whether it was a 'deliberate act' or not, the Embassy of Taiwan has clearly caused Team India unnecessary troubles, and may have even cost us a win or two. 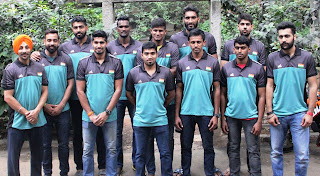 Responding to accusations made by BFI's Secretary-General Chander Mukhi Sharma, Taiwanese diplomat in New Delhi Tien Chung-Kwang told China Post on Tuesday that Amrit Pal Singh and Basil Philip's mix-up was caused by the local travel agency that the BFI used, and not the Embassy of Taiwan.

Tien Chung-kwang said the travel agency used by India's national basketball team to arrange the trip used the wrong pictures of two players in their visa applications, leading to the problems.

According to the diplomat, the travel agency sent information on all of the players headed to Taiwan to his office on July 20 to process visas, and their visas were issued the following day.
But the travel agency realized afterwards that it had switched the photos of Singh and Philip on their original applications, and quickly sent revised files for the two players to the office just before it closed on July 22, Tien said.
The new visas could not be processed in time to allow the players to catch a flight to Taiwan that night, leading them to miss India's opening game in the Jones Cup on July 23.


The William Jones Cup is supposed to be a crucial preparatory tournament ahead of the bigger FIBA Asia tournaments. It's a pity that, while India has performed well, they haven't been rewarded with the morale-boosting victories that they could have clinched with Amrit Pal and Philip. Hopefully, the two players will rejoin the squad safely and will be ready for tomorrow's game. India have four more matches at William Jones over the next five days, and a big victory or two will considerably raise the team's confidence level for the FIBA Asia Challenge next month.