No Indian national has yet had the experience of playing basketball at the highest collegiate level in the world, the NCAA Division 1 in the United States. But that said, there is no shortage of our larger Indian diaspora - specifically Indians who grew up in North America - who have represented at that level in some shape or form. The world paid attention as Canadian-Indian Sim Bhullar had his breakthrough playing in the national-tournament for New Mexico State and went on to become the first Indian-descent player in the NBA. It's time we compile a list of all others before Bhullar who have played a little (or a lot) D1 ball in the past, or our still playing at that level in the present. 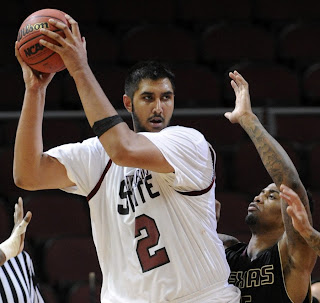 This post grew out of popular demand, demand to showcase that players with desi genes certainly have the potential to take the next higher step in hoops. I've been able to collect the names of the list through past research and experience and the aid of some very helpful readers. I thank Rahul Desai for the idea and for getting me started and Sunpreet Sher Singh for suggesting more names to add to the list.

I'm looking to add the names of all Indian-origin D1 basketball players to the list. Being slightly tanned, enjoying the occasional Tandoori Chicken, and having a man-crush on Aziz Ansari doesn't count; You gotta have some desi in your DNA. First generation, second generation, third generation, born in India or abroad, full India, half Indian, one-fourth Indian, whatever. Hopefully, a talented player from India will one day get the opportunity to represent the country at this highest college level, too.

The list isn't perfect and it definitely isn't complete. Please contact me to notify me of any errors and suggest any further names that I'm sure to have missed. 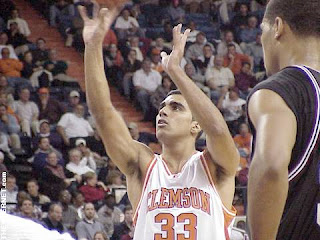 To learn more about some of these players, check out my in-depth feature and interview with Pasha Bains, considered by many to be the greatest Indian-origin player ever. Youngster Manroop Clair is also mentioned in that story. I've written a lot about Sim Bhullar and his brother Tanveer; here is my most recent feature recapping Sim's first season at New Mexico State. Here is an old Q-and-A with Timir Patel, and this is an even older post and video of Manny Sahota. I also spoke to Maryland's Varun Ram for this blog last year.