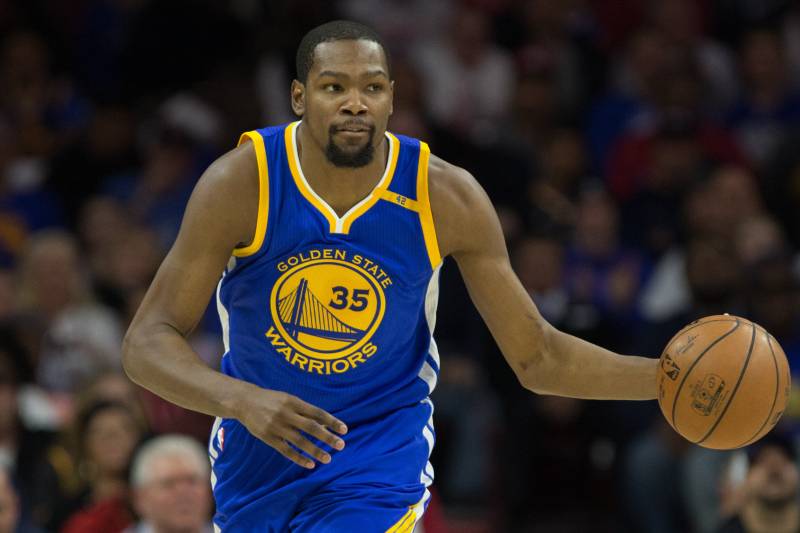 Yes, Durant, who has been the brightest star under the scorching headline of NBA news since he joined the Golden State Warriors last year, will cap off a memorable twelve months by visiting India next week. The NBA announced that Durant will visit New Delhi and Greater Noida on July 27th to support the continued growth of basketball in the country. Durant will coach top prospects at the NBA's elite India Academy, host a large-scale clinic for thousands of young players around the country, and donate two basketball courts to a local school through his charity foundation.

Durant will begin his official trip on July 27th in New Delhi with a visit to the Ramjas School, where he will donate two new basketball courts to the school as part of the Kevin Durant Charity Foundation’s "BUILD IT AND THEY WILL BALL" Courts Renovation Initiative. Durant will then visit The NBA Academy India at the Jaypee Greens Integrated Sports Centre in Greater Noida, becoming the first active NBA player to visit the academy. Durant will coach the prospects through a series of shooting, passing, dribbling and defensive drills. On July 28, Durant will lead a large-scale basketball clinic for 5,000 youth from the Reliance Foundation Jr. NBA programme – 1,000 of the athletes will be onsite while the other 4,000 boys and girls will join virtually from Bengaluru, Chennai, Hyderabad and Kolkata via a satellite link. Durant will conclude his trip with a visit to the Taj Mahal in Agra on July 29.

"I’m excited to travel to India to help promote the game of basketball and meet the prospects at The NBA Academy India," said Durant. "I’ve wanted to visit India for a long time, and I can’t wait to experience the country’s unique culture and share my knowledge with the kids there." 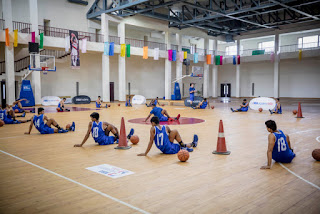 "We are thrilled to host 2017 Finals MVP Kevin Durant in India," said NBA India Managing Director Yannick Colaco. "Kevin is coming off an historic season with the Golden State Warriors. Having one of the very best players in our league interact with the basketball playing youth of India will serve as great inspiration to the next generation of players here, especially the high-performing prospects at The NBA Academy India."

Indeed, Durant is one of the best players - if not, the absolutely best player (with apologies to LeBron, Curry, Westbrook, Kawhi, and Harden fans) - in the NBA at this moment. That previous point might be debatable, but what is definitely not up for debate is that Durant will instantly become the most-talented basketball player to ever step foot on Indian soil. On a Hoopdarshan podcast last month, we discussed the history of NBA players to visit India, and KD's presence will be historic because he will clearly be at top of that totem pole.

By now, Durant's story is well known among NBA enthusiasts. He was the second pick by the Seattle Supersonics back in 2007, and moved with the team to become the leading star for the Oklahoma City Thunder a year later. Over the years, Durant has developed into one of the greatest scorers in NBA history, winning the 2008 Rookie of the Year, making seven All NBA teams, gathering four scoring titles, reaching his individual pinnacle with the 2014 MVP Award, winning two gold medals for USA in the Olympics and one gold at the FIBA World Championship. Last season, he spectacularly and controversially left the Thunder to join the unstoppable Golden State Warriors, whom he helped to the 2017 NBA Championship as the Finals MVP.

Durant's visit to the NBA Academy will be the highlight of the trip. The Academy, which I wrote about in detail for the most recent issue of the SLAM Magazine, opened in May and hopes to employ a "holistic, 360-degree approach to player development with focuses on education, leadership, character development and life skills". The NBA will be hoping that, through this Academy, they can help players with basketball promise reach their full potential.

Welcome to India, KD. Hope you survive that Delhi summer - it might be tougher than any defense you've faced in the NBA all season. Take back some curry for Steph.
Posted by KARAN MADHOK at 21:03