Wizards vs Raptors... From the Verizon Center

Earlier this week, I had posted pictures and information from the first NBA game I ever attended: the Warriors @ Knicks, played at the World's Most Famous Arena, the Madison Square Garden. A week after that exciting night, I was back to some live NBA action in Washington DC on November 16th, where I got to see the Washington Wizards play the visiting Toronto Raptors.

It was a peculiar change of scene from the game at MSG. The crowds were scarce, and much quieter. The pizza was better, but nothing could match the hot-buttered MSG popcorn. And the game was pretty much over in the third quarter, so the crowd was kept enthused by T-shirt guns and hot-dog give-aways.

But I, for one, had special interest in this match-up: ever since the glory days of Vince Carter (now amongst Toronto's Public Enemies), I have been slightly partial to the Raptors, and was interested in seeing their young players such as Andrea Bargnani and Sonny Weems in action. Most importantly though, I was here for Gilbert Arenas - one of my favourite players in the league, who was attempting to make a comeback after some horrific decisions last season.

Arenas' backcourt partner-in-crime and Washington's current darling John Wall unfortunately missed that game, and it was a pity, since Wall has been the most explosive player in the league. The rookie easily the quickest player on the ball ever, drawing comparisons to a certain Allen Iverson, and he has been putting up some good performances as well.

But without Wall, it was Arenas' night. This game was his first start of the season. After the game, I wrote about his attempt at a comeback on my NBA-India article. Sure enough, Arenas has repaid my faith by significantly improving his output ever since.

Arenas took over in the third quarter in this game, and with the help of Andray Blatche and Nick Young, Wizards easily beat the visiting squad.

Anyways, here are some of the not-very-fantastic photographs I have from that night. And no, I'm not sorry for the Hibachi overdose. 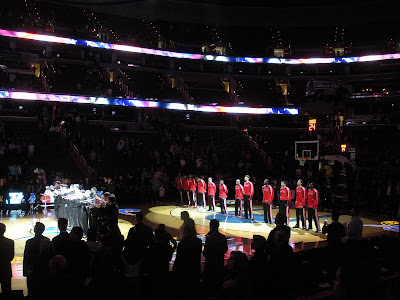 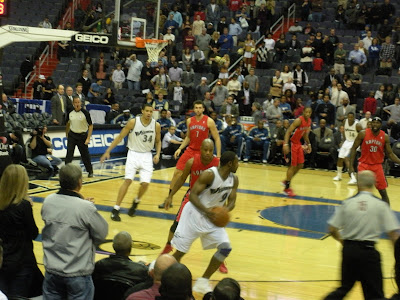 Bargnani from the side 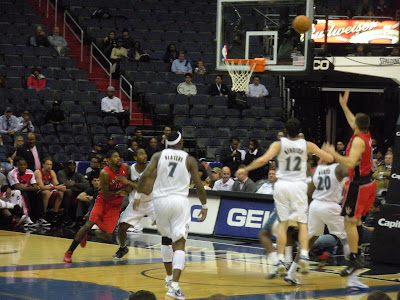 Arenas takes the ball from the sideline 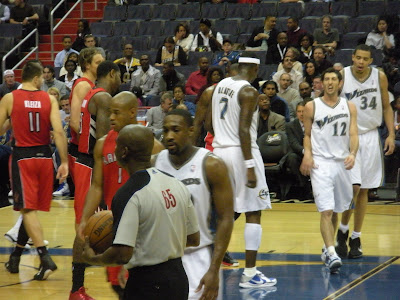 2nd half: Raptors on offense 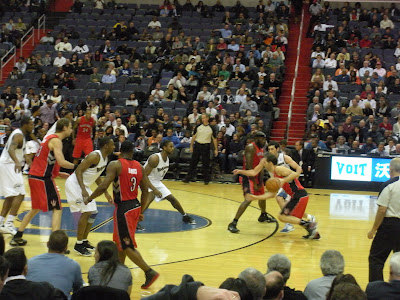