63rd Junior National Basketball Championship in Puducherry from May 23-30

The 63rd Junior National Basketball Championship for Boys & Girls, India's top competition of the best under-18 talent from all across the nation, has been set to take place in the South Indian union territory of Puducherry from May 23-30, 2012. Organised by the Basketball Federation of India (BFI), the Junior Nationals are being held only 11 days after the conclusion of the Sub-Junior Nationals this year in Goa.

The BFI has announced that the tournament will be held at the Rajiv Gandhi Indoor Stadium in Puducherry. Players born on or after January 1, 1994 are eligible to participate.

Age verification for the players has been scheduled one day prior to the start of the tournament, on May 22nd, 2012, by the Age Verification Committee/Medical Board.

Last year's Junior Nationals were held in Delhi in July: Tamil Nadu (Boys) and Kerala (Girls) were crowned champions.
Posted by KARAN MADHOK at 11:49 No comments:

The youngest members of the Basketball Federation of India (BFI) family - the Sub-Junior (U14) boys and girls from across the country, will assemble to the sunny beaches of Goa for the 39th Sub-Junior National Basketball Championship for Boys & Girls, which will be held at the Agnel Charities in Agnel Ashram at Verna, Salcete, Goa from May 6-12.

The tournament will be organised by the BFI and the Goa Basketball Association.

Only players born on or after January 1, 1999 are eligible to take part. Age verification for the players has been scheduled one day prior to the start of the tournament, on May 5th, 2012, by the Age Verification Committee/Medical Board.

The previous (38th) Sub-Junior Nationals were held in Lucknow and won by Maharashtra (Boys) and Chhattisgarh (Girls).
Posted by KARAN MADHOK at 14:31 2 comments:

Are you the biggest fan of the NBA in India? Can you name the top five draft picks from 2003? Do you know how many times the Lakers and Celtics have faced each other in the Finals? Do you know how many different jersey numbers Metta World Peace has worn in the course of his career? Hey, can you even remember what Metta used to be called a year ago?

Are you India's biggest NBA fan? 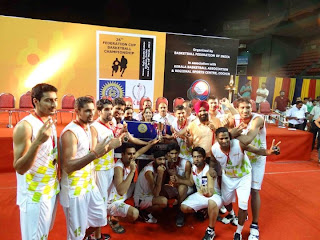 Considered underdogs despite the talent they possessed, Punjab Police had the last laugh after winning the final of the 26th Federation Cup All India Basketball Tournament at the Rajiv Gandhi Stadium in Kochi on Sunday night against the star-studded ONGC side 72-59. Meanwhile, Southern Railways continued their complete dominance over Women’s basketball in India after they demolished a spirited Chhattisgarh in the Federation Cup final 95-57.

Click here to read full article.
Posted by KARAN MADHOK at 13:57 No comments:

When the dust finally settled, there were no big shocks on the Trade Deadline Day (or D-Day) this season. Most of the big names speculated to change their addresses by the end of March 15th remained exactly where they are. That is why, some of the most important moves made in this year’s trade deadline were the moves that were not made.

Click here to read full article.
Posted by KARAN MADHOK at 11:25 No comments: 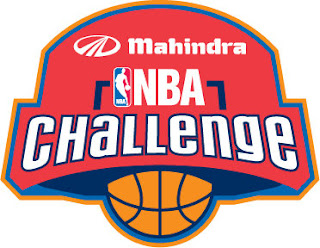 The third season of the Mahindra NBA Challenge – the largest, multi-city, community-based basketball league in India – tipped off its New Delhi leg on March 16. Delhi is one of five cities where the league will be held this season, organised by the NBA, Mahindra, and the Basketball Federation of India (BFI).

An exclusive collection of India’s finest club and state teams tipped off the 26th edition of the All India Federation Cup Basketball Championship for Men & Women at the Rajiv Gandhi Indoor Stadium in Kochi (Kerala) on Wednesday. Champions of the Women’s division last year Chhattisgarh continued their hot streak with a big win on their opening game, while perennial contenders Southern Railway also started strong in their first match-up.

Click here to read the rest of the article
Posted by KARAN MADHOK at 16:28 No comments:

During their Annual General Meeting held on March 11, 2012, the Basketball Federation of India (BFI) appointed Roopam Sharma as its new Chief Executive Officer (CEO). Sharma takes on the helm after the unexpected demise of former CEO and her husband Harish Sharma last month. 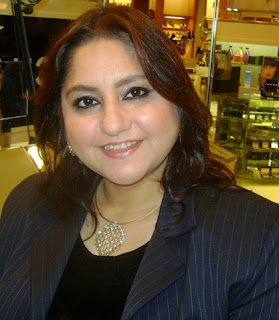 Roopam Sharma’s appointment as CEO was decided by the steering committee members of the BFI. Soon after her appointment, the new CEO assured all members that she would continue to perform the tasks that her husband has left unfulfilled. In a statement made on Tuesday, Sharma said, “I will carry forward the unfinished tasks of my husband in improving the standards of basketball in the country as passionately as he did.”

Sharma is a Deputy General Manager with Air India (ground handling). She has experience in marketing and organisation and had been associated with both FIBA and FIBA Asia to help them execute day-to-day affairs for the BFI.

Talking about her mission and plans for the BFI, Sharma added that she will discuss matters with those connected with the BFI family, including state affiliates, coaches, technical staff, and BFI functionaries, before concretising anything.

“It was my husband’s vision to put the game on a high pedestal and he had already taken basketball to a new level by signing a long-term deal with IMG-Reliance. Now it will be my endeavour to take the game to even bigger heights with the help of my colleagues at the BFI.

Sharma has also hoped that her experience in marketing will help her stand in good stead and she would make efforts to generate revenue to help run the BFI professionally. This was one aspect that her predecessor Harish Sharma had managed particularly well over his years as the BFI’s Secretary-General and then its CEO.

“The challenges are enormous,” said Roopam Sharma, “But with my experience, having been associated with the game as an organiser of the Master Prithvi Nath Sharma Memorial Basketball Championships, and the inputs that Harish had shared with me, I will be able to meet them.”
Posted by KARAN MADHOK at 11:47 3 comments:

India’s best basketball clubs/units (in the Men’s section) and state teams (from the Women’s division) are set to compete in the 26th Federation Cup National Basketball Championship for Men & Women, starting on Wednesday March 14th at the Rajiv Gandhi Indoor Stadium in Kochi (Kerala). The tournament will conclude with the Finals on March 18th.

Click here for full story
Posted by KARAN MADHOK at 11:41 No comments:

South India Zone Coaching Clinic to be held in Kochi

On the final day of the Federation Cup in Kochi, Kerala, the Basketball Federation of India (BFI) will be giving a chance to basketball coaches from the state and nearby areas to attend the South India Zone Coaching Clinic, hosted by India's foreign basketball coaches - Kenny Natt, Pete Gaudet, and Zak Penwell. The clinic will be held at the Rajiv Gandhi Indoor Stadium in Kochi on March 18th. 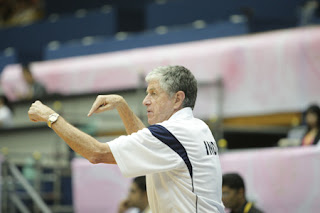 The 26th Federation Cup All India Basketball Tournament is slated to be held at the same location from March 14th-18th.

Should I stay or should I go?

With only one and half months to go in the regular season after D-Day, the deadline can be a crucial time for teams taking aim at the NBA championship. So who will be in a different jersey one week from now? Which team will take a bold risk and who will make the foolish mistakes? Here are my top nominees for player’s most likely to be traded before the trade deadline:

Click here to read full article.
Posted by KARAN MADHOK at 14:20 No comments: Dunkin’ Brands, the parent company which owns ‘Dunkin Donuts’ and ‘Baskin-Robbins’ have signed on Miami Heat forward LeBron James to a multiyear deal as a brand ambassador to support the company’s growth in India, China, Taiwan, and South Korea.

Changing of the 2-Guard

Popularised by the explosive exploits of the one and only Michael Jordan, there has always been a certain mystique to the Shooting Guard position. Break the position name down and you’ll understand clearly what is expected of a perfect 2-guard: someone who can shoot the ball well and someone who can guard or handle the ball well.

Click here to read full article.
Posted by KARAN MADHOK at 15:23 No comments: