Preview: India's campaign at 2016 FIBA Asia U18 Championship to tip off in Tehran (Iran)


The qualifying round was a breeze. India's Junior players, the future stars of the senior national squad, easily swept aside South Asian rivals at the SABA Qualifiers in Bangladesh last month. The average margin was victory was over 68 points each, and India - in impressive fashion - had secured their spot at the 2016 FIBA Asia U18 Championship.

India's U18 squad was officially announced by the Basketball Federation of India (BFI), as the 12-man contingent headed for Tehran (Iran) for the FIBA Asia U18 Championship, set to be held from July 22-31. The tournament will take place at the Azadi Sports Complex in Tehran. India will be among 12 teams taking part in this tournament, which is the highest level of competition for junior players in the continent. In the last iteration of the FIBA Asia U18 in 2014, China won the championship for the third time in the row while the disappointing Indian squad finished at last place (13th).

For the preliminary round of 2016 FIBA Asia U18, India have been grouped with reigning champions China, Philippines, Chinese Taipei, Thailand, and Iraq. India will be captained by Tamil Nadu phenom Baladhaneshwar Poiyamozhi and head coached by Dilip Gurumurthy, a former Indian Olympian from the 1980 Moscow Olympics. 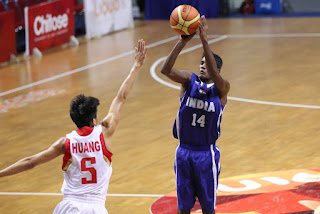 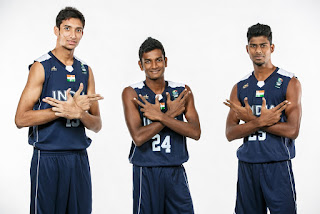 The top four teams from each group will qualify for the Quarter-Finals and Placement Rounds, which are set to begin on July 29th. The Final is scheduled on July 31st.

For India, qualifying for a Quarter-Final spot is a real possibility if the team can provide up to its potential. India, on paper, is better than Thailand and Iraq in Group A. If they are able to defeat both those teams, they can be ensured of a fourth place finish. Anything more - against better-seeded sides like China, Chinese Taipei, or the Philippines - will be a bonus.

India's fortunes will depend largely on the performances of Baladhaneshwar Poiyamozhi, who has played well for the national squad in the SABA Qualifiers and the FIBA Asia U16 Championship last year. He also represented India at the Basketball Without Borders Asia camp earlier this year. Fans should also keep an eye out for talents such as Gineeb Benny and Vishal Kumar Gupta.

The favourites for the tournament will again be China, while Group B giants Korea and Iran could also be in the mix for ending China's unstoppable run at the top.
Posted by KARAN MADHOK at 21:13