This article was first published in my column for Ekalavyas.com on June 29, 2016. Click here to read the original feature. 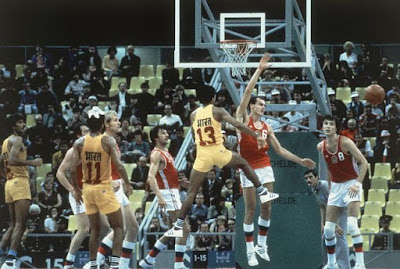 The photographs of the past – black-and-white, sepia, unfocused, and unclear – tell stories of a million words. Brown-skinned players in tight basketball vests, some wearing turbans, spread across a basketball court, playing with the words भारत (Bharat) in the Devanagari script adorned across their backs. They were making history. For the first and only time ever, an Indian Basketball team had played at the Summer Olympics.

In the 1980 Summer Olympics in Moscow (Russia), India’s Basketball team lost every game they played by a huge margin, finished 0-7, and at last place out of the twelve participating teams. And yet, the achievements of Ajmer Singh, Paramjit Singh, Radhey Shyam, and more left an indelible mark on the game. India had played at the biggest stage in international basketball. The future of the sport for the young country seemed to be in good hands.

Alas, that future has been mostly downhill since then. In the 36 years since Moscow, Indian Basketball hasn’t even sniffed the success they enjoyed in the 70s and 80s. India has generally struggled at the FIBA Asia Basketball Championship (ABC) stage, and without continental success, failed to qualify for the FIBA World Cup or make the exclusive club of Olympic teams. Despite brief respites such as the victory over China in the 2014 FIBA Asia Cup, both Men and Women’s squads have a long way to go before they can truly contend against the highest level.

But with 2016 Rio Olympics nearing and the Indian contingent in other sports gearing up to bring back some medals to the country, I couldn’t help but get caught up in the Olympic fever, too. Here’s a step-by-step breakdown of how India made it to the Olympics in 1980, how our Men’s and Women’s squads can improve to contend for a future Olympic spot (2024), and the qualification process to make the dream come true.

The 1980 Olympics will probably be remembered as one of the most controversially staged events in post-World War history, and I recalled Indian Basketball’s 1980 presence at the Moscow Olympics in comprehensive detail for SportsKeeda four years ago.

It took a topsy-turvy chain of events – both political and athletic – that eventually landed India among the final twelve Men’s basketball teams in Moscow. In 1979, the Soviet Union began their military invasion of Afghanistan. In retaliation, the United States decided to boycott the 1980 Summer Olympics in the Soviet capital of Moscow and withdraw their athletes. Soon, more nations aligned with the USA’s stance withdrew from the Olympics as well.

There was one spot for Asian teams at the tournament, and China – winners of the 1979 FIBA ABC – had withdrawn after the USA. And then, the second, third, and fourth placed countries from the 1979 ABC – Japan, South Korea, and Philippines – withdrew from the Olympics, too. This left the Asian Olympic spot free for the lucky fifth place finishers. Which was… India!

After another fifth place finish at the 1981 FIBA ABC, India never reached the top five in Asia again. The Women’s team only made it to the top five of the Women’s ABC in 2013. Neither have ever been close enough to qualify for the twelve-team Olympic contingent.

How can we contend again?

The next few paragraphs are mostly speculative, utopian fiction. A lot easier said than done.

To qualify for the Olympics, India’s Men’s and Women’s teams need to first be good enough to challenge the best in Asia. For the 2016 Olympics, only one Asian team of each gender – the ABC winner – was guaranteed a spot; the rest of the top four (Men) and top three (Women) booked their place in FIBAOQT and had to qualify from there. India will need to contend with the likes of China, Iran, Japan, Philippines, South Korea, etc.

The first step towards this drastic improvement will be to fix the issues plaguing Indian basketball at its leadership level. Due to the chaos caused by warring factions and subsequent inaction by the Ministry of Sports, the Basketball Federation of India (BFI) is de-recognised, crippling the development of the sport to its full potential. Only once the BFI can come to a peaceful resolution will it encourage confidence among investors like IMG-Reliance to provide funding into Indian basketball, funding that will help grow the game at the grassroots, attract expert coaches, improve infrastructure, and encourage young players to invest their careers in basketball. 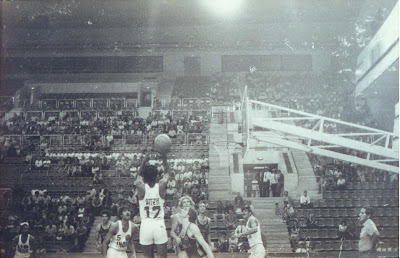 India needs great coaches like Scott Flemming and Francisco Garcia, our former Men’s and Women’s national coaches, and we need these coaches long-term to set-up a system and inspire a generation of young coaches to train other coaches and players around the country.

We need a professional basketball league, one that provides our players with round-the-year basketball opportunity, keeps them in shape, and creates a more professional and disciplined environment. It will incentivise more Indian players to take basketball seriously as a career.

While some grassroots academies are already functioning well around the country, more effort should be put into discovering and honing talent from a younger age in big cities, small towns, and even villages, to make basketball more accessible. Schools in India already have the potential. Once the coaching and scouting improves, more talents will develop in Punjab, Uttar Pradesh, Tamil Nadu, Kerala, Karnataka, Haryana, Assam, West Bengal, etc. This will deepen India’s talent pool and inevitably benefit the national teams.

One of the biggest complaints of past Indian coaches and current/past players is that India rarely gets enough exposure or practice games before big international tournaments. Our federation needs to invest in ensuring that our national team players play in more international matches against a variety of opponents. The new FIBA calendar will ensure a longer qualification period with more games after 2017, but India needs to be better prepared and organized to take part in other international contests, too. Big game experience against great teams will make our own players better.

Finally, all of this coaching, grassroots preparation, and improved infrastructure should result in some top-heavy star power for the national team. Players like Satnam Singh, Amrit Pal Singh, Amjyot Singh, and Palpreet Singh are already taking their skills internationally. With our bigs on a steady road to improvement, the men’s squad will need to develop better perimeter talents like Vishesh Bhriguvanshi and floor generals on the point guard position.

The women’s squad lost its greatest-ever talent Geethu Anna Jose to a self-imposed exile from the game, but there are some young up and comers like Jeena PS, Poojamol, and Poonam Chaturvedi to carry the mantle forward. While the men need help in the perimeter position, the women could definitely do with some size and physicality to hold strong against some of Asia’s best bigs.

Now that we’re in contention, how do we qualify for the Olympics?

Even in our entirely hypothetical scenario, let’s be semi-realistic, and imagine that India can achieve all of the above in about five years (Summer 2021). Cool. Now we have a team that can contend against the best in the continent. So, what do we have to do to qualify for the Summer 2024 Olympics?

We’ll have to qualify for the 2023 FIBA World Cup first. The FIBA Calendar, as I mentioned previously, is going to change from 2017. Teams from Oceania (Australia, New Zealand) will now play in the Asian qualifiers pool. Currently, India’s FIBA Asia ranking is 10th for Men and 5th for Women. Adding Oceania teams will push both down a couple of spots. This will still keep us in the higher level Group A of the World Cup qualifiers (top sixteen). These qualifiers will be held from November 2021 to February 2023 over the course of several international windows in home and away games. India will have to finish in the top seven to qualify for the World Cup, which means challenging Australia, China, Iran, New Zealand, Philippines, Jordan, and Korea.

If India is successful, we will play among the 32 teams at the 2023 FIBA World Cup. Seven of these teams will then qualify for the 2024 Olympics, and for India to be among them, our only hope is to finish among the top three Asian squads. Finishing as the best Asian team is an automatic Olympic qualification. Finishing second or third will direct India to the eight-team FIBAOQT in 2024; four of these eight teams will qualify for the 2024 Olympics.

Remember, India is already in the top twelve of the Asia/Oceania combination. We have five to six years to improve to get into the top seven and make the World Cup. There, we have to finish in the top three of only the Asian teams (excluding Oceania) to have a shot at the Olympics.

The final twelve-team Olympic field in 2024 will be: top seven teams from World Cup (two from Americas, two from Europe, one each from Africa, Asia, and Oceania), one host, and four teams from the FIBAOQT.

Got all that? In our dream scenario, India is among those twelve. And the real “acche din” have begun.

We’ve made it! Now what?

Making the Olympics is a herculean task, because there are a hundred teams around the world who will look at the qualifying structure and believe that they can perform miracles and make it, too. India’s Men currently rank 53rd in the World and the Women rank 40th. To break into the top twelve for the Olympic stage will require intense amount of preparation and a lot of good fortune. We cannot count on a 1980-type political situation to gift us a spot again: this time, we’ll have to earn it.

The task isn’t impossible, it’s just highly improbable. But what if we make it? What if it’s India facing up against the best in the world, including Spain, Lithuania, Argentina, France, and of course, the mighty United States, featuring whoever NBA stars are running the league at that point (Karl Towns will probably be the centrepiece)?

India will have a shot at glory. Every half-decent performance will reverberate exponentially back home. Proud fans will cheer on the ‘Young Cagers’. Our best players will become sporting icons.

It’s mostly a dream, but India has the world’s largest youth population. Professional interest into the sport could open the floodgates for another golden age of basketball in the near future. Hopefully, there will come a day when desi accents infiltrate into the international hoops world and we can bust out those amazing भारत jerseys again!