In Your Face: Zhou Qi


I originally wrote this article for the August 2016 edition of SLAM Magazine (SLAM No. 200). 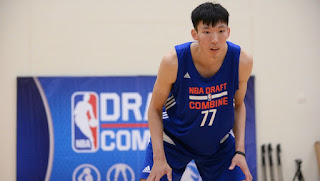 When Yao Ming announced his retirement in 2011, he left a 7-foot-plus hole in the hearts of the world’s most-populous nation. But months before Yao’s career officially ended, China already got a promise of the future. Proudly wearing China’s colours at the little know Turk Telecom youth tournament in Turkey, 15-year-old Zhou Qi helped his country to an unlikely gold medal, putting up 41 points, 28 rebounds, and 15 blocks in the semi-final against Germany and providing a game-winning encore with 30-17-8 against the hosts in the Final.

For the next five years, Zhou slowly turned his promise to reality. He made his name in China’s youth circuits, destroyed Asian opponents, and become a young star in the Chinese Basketball Association.

But now, the skinny (listed at 218 lbs), 7-foot-2, 20-year-old from the city of Xinxiang is ready to bulk up into an even larger pair of shoes: after years of success in China, the young man must prove himself all over again in the United States.

“I want teams and fans in the US to know, first and foremost, that I’m a team player,” Zhou says. “I wanna be in an environment where I can help my teammates to be the best they can be.” 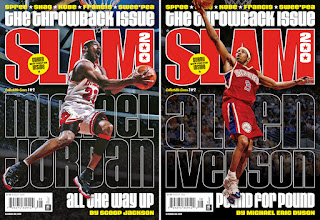 “Today’s NBA is asking so much more from a single player. To be more than a single position. The game is much faster. I need to adopt to different styles of play. On offense, I must learn to attack from the outside, be both a perimeter and a post player. On defence, I must learn to guard guards as well as centers.”

Zhou hopes to find long-term success in the league. But even before he ever steps on an NBA court, he’ll know that the weight of Yao be hanging over his slender shoulders.

“I don’t feel any pressure. If I can take the torch from Yao, I hope I can have a good career and pass the torch to someone to else. Right now, I just want to be myself.”
Posted by KARAN MADHOK at 18:48