Once again, Team India proved to be in a class of their own at the South Asian level. With three convincing victories from July 6-8, India steamrolled through opponents from Nepal, Maldives, and Bangladesh to a perfect 3-0 record at the South Asian Basketball Association (SABA) qualifiers and clinched their qualification for the 2016 FIBA Asia Challenge. India hosted the qualifiers at Bengaluru's Sri Kantaveera Stadium this week. 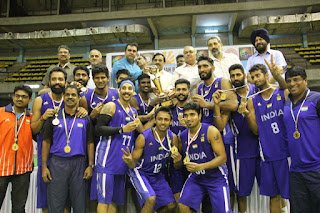 Captained by big man Amrit Pal Singh with head coach Sebastian Padipurakkal Joseph calling the shots from the sidelines, India showed no hitch or hint of letdown against teams from neighbouring nations. The three victories were notched up by an impressive average margin of 48 points each.

India's campaign to qualify for the FIBA Asia Challenge got underway on Wednesday, July 6 against Nepal, who eventually staked their claim as the second-best team at the tournament. India started in the best way possible, on a 17-0 run and holding on to a 23-4 advantage at the end of the first quarter. While Nepal showed considerable improvement in the second period, India did just enough after halftime to post an insurmountable lead and notch a 81-53 victory.

India had a major size advantage in Game 2 against Maldives on Thursday, and despite some inconsistencies and unforced errors, they again started off on fire (23-5) and held a comfortable 37 point lead at halftime. India remained on cruise control in the second half and a fourth-quarter flurry saw them extend the lead to a huge, 96-40 win. 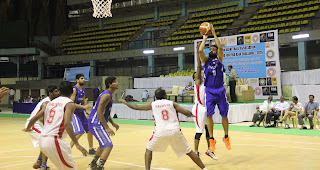 India took no chances in the final win against Bangladesh on Friday, July 8, putting up their best defensive performance of the tournament en route to a 95-35 victory. India outscored Bangladesh by double digits in each quarter. Experienced guard Vishesh Bhriguvanshi was India's leading scorer with 16. 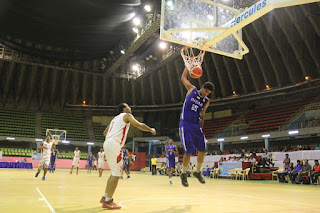 India will be thrilled to see the team play in some international games and get a feel for the system and each other before the bigger upcoming international challenges. The likes of Amrit Pal Singh, Vishesh Bhriguvanshi, and Yadwinder Singh will have to continue to be positive influences for the team, while the enigmatic point guard TJ Sahi returned to the squad in style. Youngsters like Arshpreet Bhullar and Ravi Bhardwaj made their national team debut, and India saw some impressive performances by Karnataka's Arvind Arumugam, too. The biggest name missing from this list is of Amjyot Singh, India's superstar forward who is currently playing in Japan and hopes to return to the national team by the time the FIBA Asia Challenge begins.