In a division that recalls the BCCI/ICL Cricket rift almost a decade ago, playing or taking part in 'unauthorized' basketball events in India is going to cost you an opportunity to represent India's national teams. The Basketball Federation of India (BFI) sent a circular last week clearly stating that any players, coaches, officials, and technical staff taking part in any unauthorized basketball events in India will be ineligible to participate in national/international events in any capacity. These 'unauthorized events' include the rapidly-growing UBA Basketball League, which features several players with international experience or on the cusp of the national team.

Therefore it is requested to all of you that please ensure no player, coach, official, or technical staff of your state should participates [sic] in any unaffiliated basketball events / competitions / leagues etc. If any player, coach, official, or technical staff participate [sic] in any unauthorized/unapproved event, he/she will not be eligible to participate in any National and/or International Event, in any capacity (as per the FIBA Statutes & Internal Regulations "Players who participate in professional leagues must be registered with organizations which are affiliated to a national member federation; otherwise they will not be able to participate in the Competitions of FIBA.") Under the FIBA Statutes & Internal Regulations, Rules and Regulations pertaining to National Events fall under the responsibility of the Basketball Federation of India. Hence it is requested to you to please ensure that any player, coach or official do not [sic] participate in any unauthorized event/competition/league.
If any event/competition/league (including the UBA) is authorized by the BFI, it will be communicated to you immediately.


The circular was sent from the desk of BFI President K Govindraj and signed by Secretary-General Chander Mukhi Sharma. 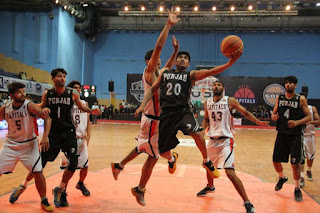 The BFI is not wrong in following the rules of the FIBA Statutes: the UBA, which has completed its first two seasons over the last two years, hasn't yet been authorized, and thus, will be considered unaffiliated for BFI or FIBA events.

But it is the BFI's decision to authorize the UBA, and if they refuse to do it, several young players, coaches, referees and more will be effected. There is little money in basketball in India. The BFI itself has failed in launching their own professional basketball league. The UBA's existence has made it possible for players etc. to seek professional basketball opportunities and make a deserving salary from the game. But now, seeking that salary will effect their chances at the ultimate goal: representing their state or their country at official national and international events.

UBA's Season 3 is set to begin on July 15, and the league will feature several experienced or promising male players in Indian basketball. Players in the national team circuit like Narender Grewal, Joginder Singh, Akilan Pari, Vinay Kaushik, and Gurvinder Singh Gill played in Season 2 of the UBA League, while big name coaches like Prasanna Jayasankar, Shiba Maggon, and more took charge on the bench. Some of these players, like Joginder and Narender from Services, were invited to the BFI's national coaching camp before the circular went out, but either chose to not join the camp or were told by their units not to. The BFI circular takes a stand that if any others participate in Season 3, they will not be allowed to return to participate national/international events for India. 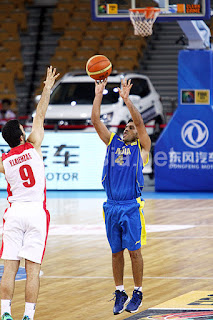 Joginder Singh, who was India's starting point guard for our memorable triumph over China at the 2014 FIBA Asia Cup, played for the Hyderabad Sky in the UBA's second season. He refused to comment on the BFI's latest circular, but he did show concern for his future. "I just want to play basketball," he told me. "But if circumstances stop me from playing, then what can I do?"

The BFI had released a similar circular a year ago when the UBA League had first launched, but this time around, they have clarified the definition of 'unaffiliated events', and directly addressed the UBA.

A professional basketball league could revolutionize hoops in India. The BFI's much-anticipated league continues to be delayed, and with no professional options, I do not blame players from seeking to play for short-term, smaller leagues like the UBA. The UBA Basketball League isn't perfect, but it is certainly a good option and it fills in an extremely important void in Indian basketball. It is a pity, then, that players making the most of this opportunity will be penalized or forced to choose between country or a pro-league.