By its regular standards, Indian basketball had a pretty good year in 2013. India participated in four FIBA Asia tournaments over the past year, improving their standings in two (Senior Men and Women) and keeping their final rank unchanged in two (U16 Boys and Girls). But, despite these encouraging finishes, India's Combined FIBA rank fell five spots to 51st at the end of 2013, after standing at 46th place at the same time last year. 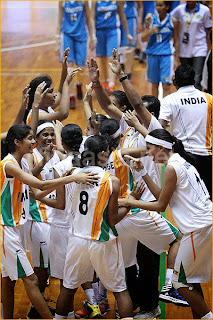 Asia's biggest basketball event - the FIBA Asia Championship - was held in Manila (Philippines) in mid-August. India - who had finished 14th at the tournament two years ago - made some important steps to improvement by ending the championship with a 2-6 record at 11th place (out of 16). India's Men's FIBA ranking fell three spots to 61st place.

At the U16 FIBA Asia Championship in Tehran (Iran), despite some encouraging performances, India couldn't improve on their standings and finished at 11th place again. They ended the tournament with a 2-5 record. India's Boys' FIBA ranking fell five spots to 48th place. 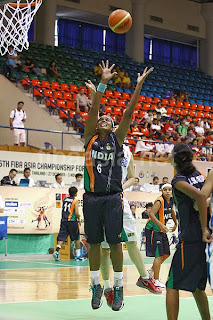 By the end of November, India's Women were in FIBA Asia action again. This time it was the U16 team, which finished 5th for the second consecutive time at the U16 FIBA Asia Championship (with a 2-4 record) in Colombo (Sri Lanka). India's Girls' FIBA rankings rose two spots to 37th place.

India's Senior and U18 teams also took part in FIBA Asia 3x3 championships - and dominated in both of them - but these tournaments do not count in the final FIBA Basketball Rankings. 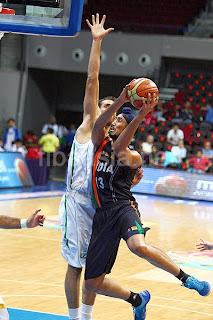 The fall in the final rankings for India - despite the improved performances - can be attributed to the achievements of other countries. With several FIBA tournaments held around the world in preparation for the 2014 FIBA World Championship, the performances of other teams from various other continents, and the performances of Asia's top squads, has pushed India lower down the rungs.

Unsurprisingly, USA are dominating at the top once again, and are ranked number one across the board in all four categories and the combined world rankings as well. The top five countries in the world (combined) are USA, Spain, Russia, France, and Australia.

China is still Asia's top team in the Combined rankings, while India has fallen a spot to ninth place.

2014 is a big year for world basketball, with the FIBA World Championships being held for Senior Men and Women as well as for U17 Boys and Girls. In addition, the Youth Olympic Games with a basketball tournament will also be held this summer. India has not qualified for any of these tournaments, but they will have a chance to improve their rankings if they can put in strong performances at the FIBA Asia U18 Men and Women tournaments later this year.