Whole Lotta Love: Kevin Love is back - and looking like he never left


This feature was first published in the 122nd edition (2014 - No. 1) of SLAM China magazine. Here is my original English version of the story.

The NBA surveys the General Managers of all 30 of their teams before the season begins, polling them on topics such as the most-likely champions, the most-likely MVP, the best players at every position, the most improved team, and more. One of the (frankly, quiet ridiculous) questions on the survey annually has been “Which players makes the most of their limited natural ability?” to ‘reward’ the guy who does the most with the least talent. And for the third consecutive year, that dubious ‘honour’ went to Minnesota’s Kevin Love.

On his Twitter account, Love laughed off the backhanded compliment – or the glorified insult – after being praised for his lack of talent. But his reaction ultimately opened up a can of worms, and paved the way for a more philosophical thought: what, exactly, is ‘natural ability’? What is talent?

Two years ago, Kevin Love was on the fast lane to superstardom, maturing as one of the best power forwards in the NBA and developing into a unique talent that could lead the league in rebounds and win a three-point shooting competition as well. But after breaking his hand twice last season and missing 64 games, the breakout was put on hold. The NBA’s reigning ‘player who makes the most of their limited natural ability’ was limited even further.

But at the start of the current season, memories of the injury-riddled year were quickly replaced with awe and wonder. Love started the season in historic fashion: through the first nine games of the season, Love averaged 27.1 points, 14.2 rebounds, and 2.3 three-pointers a game. He became the first player in NBA history with 240 points, 125 rebounds and 45 assists after nine games. After the first month of the season, Love continued his surge as the top rebounder in the league, as well as finding his name amongst the NBA’s top five players in the efficiency rating.

Pouring in stats has never been a challenge for Love. Here is a player who once had 31 points and 31 rebounds in the same game. Who had the longest streak of double-doubles (53) since the ABA-NBA merger. Who is well on his way to shattering several statistical records, and creating several new ones.

Despite all the on court production, Love gets underrated, complimented for his achievements with a patronizing pat on the back for being able to do it supposedly with lesser natural ability. We could credit hard work and training of course, but if being able to do what he does on a nightly basis isn’t ability, then what is it? 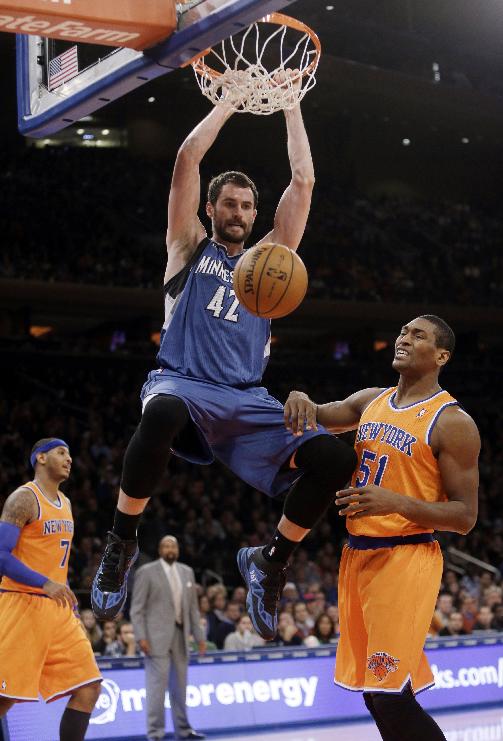 So, sure Love doesn’t boast the speed of a John Wall, the strength of a Dwight Howard, the leaping ability of Blake Griffin, or the combination of athletic talents that LeBron James has been blessed with. Those are what traditionalists define as ‘natural abilities’. Love’s abilities are different, but no means lesser.

Love has an uncanny sense of positioning on both ends of the floor, always finding himself at the right place at the right time to grab any loose ball or a rebound. Rebounding is an elite art, where only the toughest survive, and one just doesn’t become one of the top rebounders of their generation without having the natural ability to do so.

And for a player who spends so much effort battling for the boards, Love has the unlikely skill of also stretching the floor like a shooting guard. Any opponent daring to defend him has to be strong enough to handle him in the post and quick enough to chase him to the perimeter. Love has become an elite scorer overall, a near-guarantee to drop 20-25 points on any given night. He is also improving as a passer, with assists numbers nearly doubled this season (4.1) compared to his career numbers (2.1). Those outlet passes have earned some classic Wes Unseld comparisons. Love’s work on the defensive end is still a work in process, but a player with his strength, agility, and more importantly, his incredible will to become the best, can surely grow to become one of the top tier defensive players in the league in the future.

There is another, and more important blemish on Love’s career so far, one which he won’t simply laugh off with a joke on Twitter. Despite his burgeoning superstar status, Love has yet to play a single playoff game in his five year career. He may rank as the best active player in the league today without post-season experience. Playing in the stacked Western Conference hasn’t helped his chances, and although the Minnesota Timberwolves had a decent start to the season, they had settled to .500 mediocrities for the season at the time of writing. That may have been good enough for home court advantage in the weaker East; out West, the T-Wolves will have to continue sharpening their edges to turn those close losses into victories and close the gap against the top teams.

Luckily, this year, Coach Rick Adelman has the roster to do just that. With Rubio and Love finally healthy together, Minnesota can begin to find inside-outside cohesion as the season progresses. In Kevin Martin, the team has found the ideal dead-eye shooter to compliment Rubio on the back-court, and Martin has responded by having a career-best start to the season. In the post along with Love stands strongman Nikola Pekovic, who is quickly developing into a dominating force on both ends of the floor and commands the inside whenever Love stretches the floor to shoot from the three-point line. 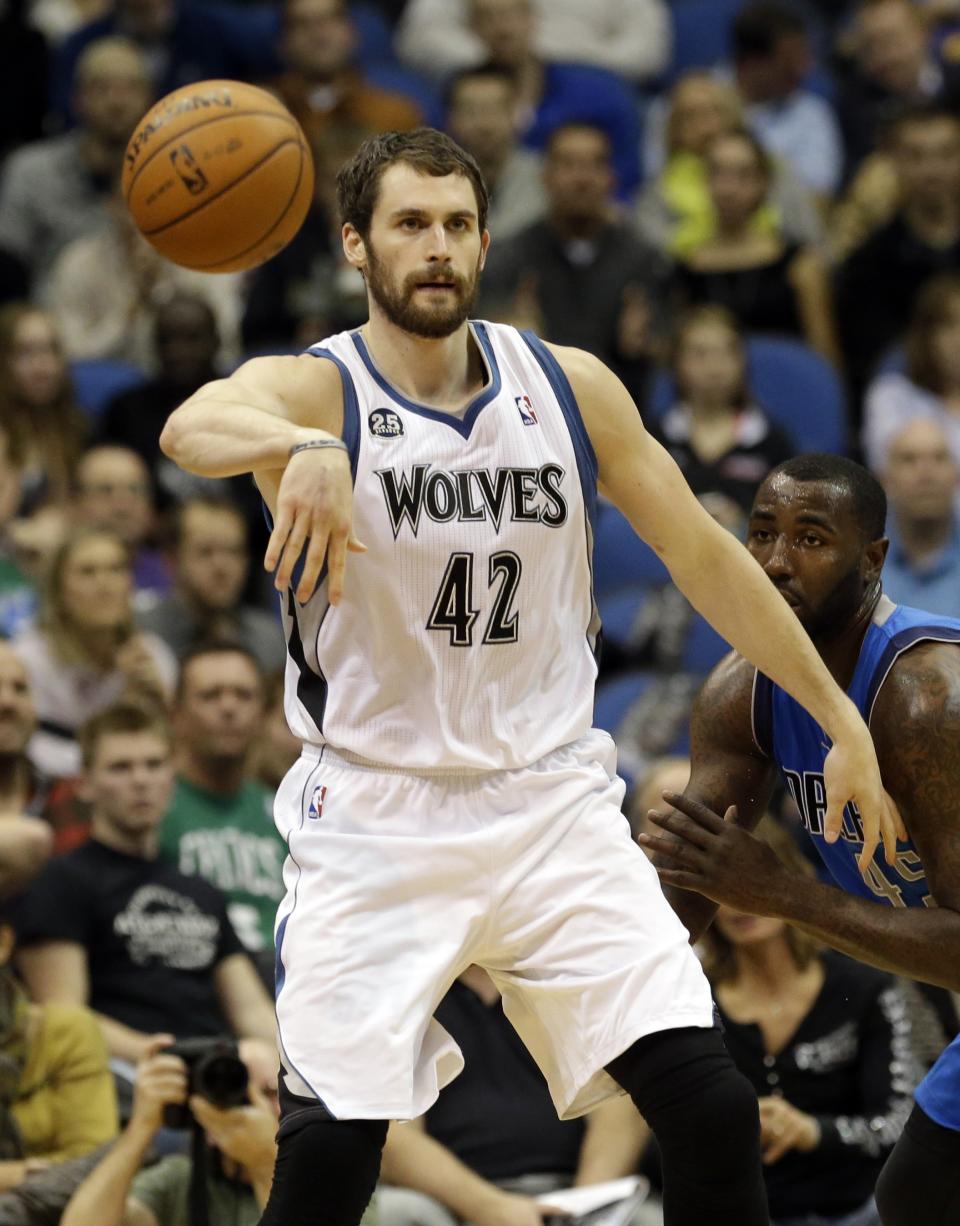 But it’s Love who can make or break the fortunes of this team. He is the center-piece, and on a good day, can see the NBA’s best players eye-to-eye. For Minnesota to bolt up the standings, he will have to have those good days every day.

In the long run, the Timberwolves have another worry. Love’s contract has an opt-out clause, and while Minnesota concern themselves with the hope of keeping him, every other team with cap space and a bigger market will be wooing him to their shores. The answer to all questions is winning: Love can either move to a winning team or make his current team into winners. The key to both outcomes lie in his own hands for now. And the eyes of the rest of the league will closely keeping watch.

One thing’s for sure: if Love continues to play at an elite level, the honours will eventually have to change, from the overachiever with limited abilities, to one of the most talented players in the NBA.