Because there is some historical Portuguese influence - particularly in the state of Goa - India is an associate member of the Lusophone (Portuguese-speaking countries). Together with other nations of the CCLP (Community of Portuguese Language Countries) like Portugal, Brazil, and many more. Every few years, the ACOLOP (Associação dos Comités Olímpicos de Língua Oficial Portuguesa) holds the Lusofonia Games. This year, the 3rd Lusofonia Games, are scheduled to be held in Goa from January 18-29th.

12 countries from four continents will take part in nine different sports. One of them is basketball, and the hoops tournament at the Games will be held from January 23-27.

The Games were originally planned to be held in 2013, but was postponed and moved to January 2014 dates.

India, as hosts, will be looking to defend their home turf in both the Men's and Women's divisions in the basketball tournament at the Games. In preparation, the BFI has announced 17 probables for each team to undergo a training camp from January 10-18 at the Don Bosco Matunga in Mumbai. Several names announced in the list of probables were Goan, leading to the BFI denying allegations of a Goan quota for the final teams. The popular Savio Cup basketball tournament will also be taking part at the venue during this time, so a lot of probables will also be actively participating and gaining exposure in one of India's most prestigious club championships.

India's foreign coaches Scott Flemming (Men) and Francisco Garcia (Women) will be leading the two squads. Indian international star Divya Singh will be playing the role of Assistant Coach for the Women's team this time. Women's superstars Geethu Anna Jose and Anitha Paul Durai haven't been selected for this camp, probably to rest them and give an opportunity to younger Women's stars.

Here are India's probables for the Lusofonia Games Basketball Tournament: 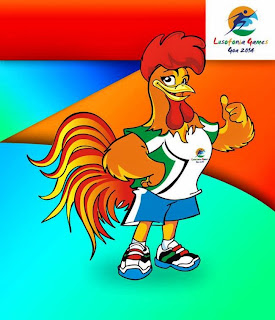 Men
Women
Outside of Brazil (who will probably not sent a strong team for this) and perhaps Macau, there isn't likely to be any other big challenge to India in the basketball tournament, so the Young Cagers could seriously be aiming for a medal finish.