Basketball Federation of India pledges financial support to the family of Satnam Singh, first Indian drafted to the NBA


The Basketball Federation of India (BFI) has pledged a monthly stipend to support the family of Satnam Singh, who became the first Indian citizen drafted into the NBA earlier this year. 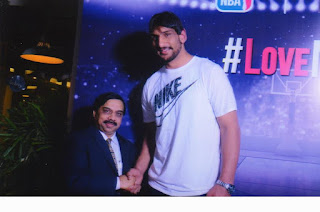 K. Govindraj, the president of 'Team Govindraj' faction of the BFI*, met Satnam along with members of NBA India on Monday, October 26, pledged Rs. 50,000 a month to Satnam's family. Satnam Singh hails from a farmer's family from Ballo Ke village in Barnala district of Punjab. The 19-year-old made history earlier this year by becoming the first Indian national to be drafted into the NBA, the world’s most competitive and elite professional basketball league in North America.

*(The BFI divided into two opposing factions with two executive committees and two different presidents earlier this year, Team Govindraj and Team Mahajan. Team Govindraj is currently running domestic and international events and have the backing of FIBA, while Team Mahajan is fighting for the BFI with the intervention of the Indian Olympic Association).

Explaining the reasoning behind this decision, Govindraj said, "By overcoming numerous obstacles, Satnam has immensely contributed in putting Indian basketball on the world map, and continues to bring positive attention to the sport within India. Even though he is still very young, he has already shown himself to be a capable role model for other Indian youth to aspire and realise their full potential." 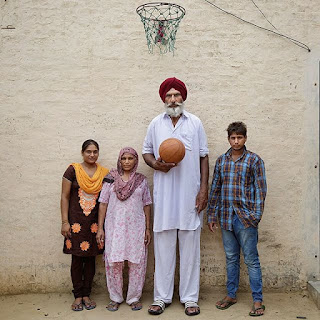 Satnam has represented India's junior and senior national teams in the past. In this regard, he clarified his earlier comments on his availability to play for the country (he criticized Indian basketball infrastructure to The Times of India and mentioned that he wouldn't play for the national team right now). Satnam informed, and the NBA confirmed, that while his focus is on representing the NBA team who drafted him - the Dallas Mavericks - and its Developmental League affiliate Texas Legends, with enough advance notice he will be privileged to don national colours as long as it doesn’t conflict with his NBA commitments.

Good for Satnam and his family: his achievements totally deserve recognition and support. However, the BFI should consider saving some of those funds to develop grassroots basketball in India so more players can follow in Satnam's footsteps.