India's National 3x3 basketball Men's team representing the country at the 3x3 Premier.EXE World Games 2015 performed well at the group stage on the tournament's opening day (Saturday, October 24) but were ousted in the quarter-finals on the second and final day (Sunday, October 25) by Japan. Japan went on to eventually lose in the final on Sunday to Canada Prime. 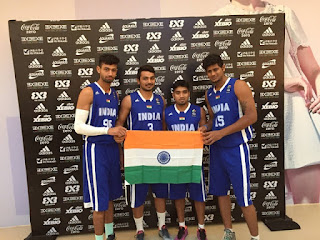 India were placed in Group C of the qualifying round with Korea Jeonju and Japan Dreams. India played well in both games on Saturday, beating Korea Jeonju 20-11 and then running past Japan Dreams 21-12 to top their group.

Now qualified for the knockout stage, India faced another Japanese opponent - this time Japan's national team - in the tournament's quarter-final. Japan raced ahead to a 21-13 win and thus halted India's progress. 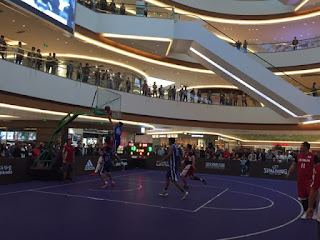 Canada Prime beat Japan in the final to win the tournament.

“Barring Akilan, we are new to this format but still performed very well," said Arumugam, "We are happy to have made it to the knockout stages in our first attempt. If we familiarise ourselves with this version of the game, I’m sure we can become one of the top teams in Asia,”
"Personally, I have gained a lot in confidence and experience over the last two days, since 3x3 is a lot faster than traditional 5 on 5," said Gill.