The youngest competitors at the Asian basketball stage are the under-16s; youth players who have shown potential for greatness, and get their first opportunity to represent their squads at the biggest stage in the continent. When the U16 FIBA Asia Basketball Championship (ABC) began in 2009, China - one of the continent's finest teams - jumped out in front and took charge of the future. The tournament has taken place every two years twice more, and China have won every single time, including the most recent championship held back in 2013 at at Tehran (Iran). 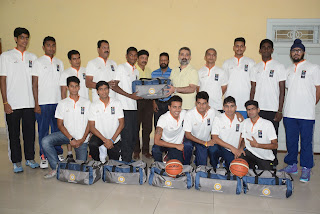 On Thursday, October 29, the tournament will return in full force to Jakarta (Indonesia), as China attempts to make it four out of four. India, meanwhile, have finished 10th, 10th, and 11th in the first three turns of the tournament, and the newest brigade of young players heading out for the 2015 FIBA Asia U16 Championship will hope to provide a boost and some encouraging results to showcase the bright future of Indian hoops. This tournament is a qualifying tournament for the 2016 FIBA Asia U17 World Championship.

India have been placed in Group D of the tournament with none other than reigning champions China, along with South Korea and Iraq. The 12-member boys squad, under the helm of coach Mahendra Singh Rathore, headed out to China a few days ago. Baladhaneshwar Poiyamozhi of Tamil Nadu was named team captain.

The tournament was initially supposed to be held in India itself - at Bengaluru - in July, but due to the troubles with India's own basketball federation, FIBA shifted the tournament to Indonesia and to a later date. Jakarta's BritAma Arena and GOR Pulogadung will be the two venues for the games. 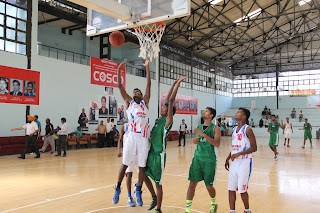 Addressing the players before their departure, the Basketball Federation of India (BFI) secretary Chander Mukhi Sharma said, "You are the top talent in the country at your age group. The coaches have imparted their knowledge over the last few weeks to all of you. It is now your duty to perform to the best of your abilities and make the nation proud."

Preliminary Round - all timings IST
The Second Round will be held between November 1-3, and the Final Round from November 5-7. India have to finish in the top three of the four preliminary round groups to qualify for the Second Round. China, as favourites will be the toughest to beat, while Korea - who are also in India's group - are the second-ranked youth team in the FIBA Asia rankings. India's (rank 10) best chance for a victory will be against Iraq (rank 16), but they will need their star young players - led by Baladhaneshwar - to perform at a high level. A second round appearance will ensure a 9-12 place finish for India, but if they want to emulate the seniors who finished top 8 in Asia this year, India will need to shock a few more teams in the Second Round and qualify for the Quarter-Finals.
Posted by KARAN MADHOK at 15:40