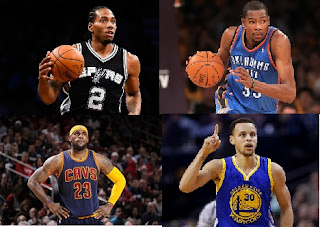 Good news: the 2015-16 NBA season is here! Better news: you get to hear three Indian accents break down the top storylines across the league to build your appetite. Hosted by Kaushik Lakshman and Karan Madhok, the new episode of Hoopdarshan features Vishnu Ravi Shankar, the co-founder of Indian basketball website Ekalavyas. Take a listen for our breakdown of the Thunder, Cavs, Spurs, Warriors, Bulls, Clippers, Satnam Singh, DeMarcus Cousins, and the sad fates of our own favourite teams. Finally, we offer our final predictions for MVP, the top individual awards, and eventually, the 2016 NBA champ.

Shankar and his law-school colleagues launched Ekalavyas.com a few years ago and it stands as one of the top sources of for Indian basketball news today. Shankar hosts his own podcast called 'NBA on Ekalavyas', has covered national and international basketball events all around India, and secured interviews with foreign and domestic basketball players for Ekalavyas in recent years. 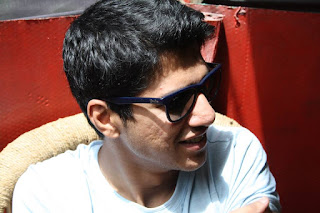 Starting with each of our favourite teams (Mavericks, Knicks, Lakers), we move on in Episode 19 to talk about the top storylines of the upcoming season, including Durant's return for the Thunder, Aldridge's fit with the Spurs, LeBron's quest to bring Cleveland a title, the Warriors' quest to be respected as reigning champions, the Clippers quest to be successful villains, the Bulls' prospects under a new coach, and more. We also digress into a couple of #ManCrush moments (Kawhi, Boogie, Rubio, Mirotic, Hezonja) and make infallible (or perhaps totally flawed) end-of-season predictions. Listen in and prime yourself for the upcoming season!