Last week, the Indian Men's basketball team made its fans proud, making it to the Quarter-Finals of the biggest tournament in Asia - the 2015 FIBA Asia Basketball Championship (ABC) - for the first time in 12 years, and taking an encouraging leap up to 8th place in the continent. However, despite the stellar performances by India's star players, something was amiss. India did well, but they could've done much better. The team that headed to Changsha for the 2015 FIBA ABC lacked severely in depth of talent. Several big names of Team India - players like Pratham Singh, Joginder Singh, Prasanna Venkatesh, Rikin Pethani, and Narender Grewal - didn't show up for the national team camp and final cut. India played well despite them, but their presence could've possibly pushed the national team a spot or two even higher. 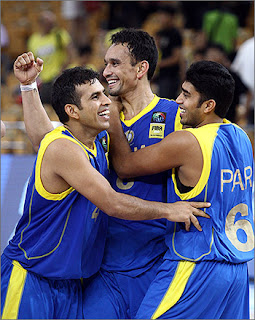 Of course, India being India, missing an entire five-man lineup of experienced, quality players is more than a random coincidence; many in the Indian hoops fraternity believe that the players were held back through pressure from government and political connections conspiring against the team from within itself. Indian basketball has been suffering from political infighting for the past six and a half months. The Basketball Federation of India (BFI) has divided into two separate executive committees boasting of two separate presidents. The committee led by secretary of the Karnataka State Basketball Association (KSBBA) K. Govindraj (Team Govindraj) conducted their Annual General Meeting in Bengaluru on March 27 under the rulings of the correct BFI constitution and have the backing of the International Basketball Federation (FIBA). Operating out of Bengaluru, they have been conducting domestic tournaments, national team camps, and organizing India's international activities (including FIBA Asia Championships for Men and Women) this year. The committee led by MP from the Mumbai North-Central Lok Sabha constituency Poonam Mahajan (Team Mahajan), formed in Pune on March 28, have the backing of the Indian Olympic Association (IOA) and the Ministry of Youth Affairs and Sports (Sports Ministry). Last month, the IOA created an 'ad-hoc' committee to oversee the divide in Indian basketball with the hopes of holding fresh elections that involve Team Mahajan in BFI governance in an official manner.

Now, frustrated by the ripple effect the rift in India is having internationally, FIBA has interjected again. In a letter addressed to the Minister of State for Youth Affairs and Sports (Government of India), Sarbananda Sonowal, FIBA Secretary General Patrick Baumann urged him to immediately grant official recognition of the BFI to Team Govindraj. Copies of the letter, dated 6th October 2015, were also been sent to other departments within FIBA as well as IOA and BFI.

Excerpts of the letter from FIBA (Patrick Baumann) to the Sports Ministry (Sarbananda Sonowal) are below:

FIBA issued an official decision dated 23 May 2015 recognizing a group of newly elected BFI officials who shall act as the sole representatives of the BFI towards FIBA and all other official sports authorities, and as the only officials in charge of controlling and developing the sport of basketball in India.
In this decision, FIBA respectively requested the Indian Olympic Association and your honourably Ministry to join FIBA in supporting the officials duly and legally elected during the BFI General Meeting held in Bangaluru [sic] on 27 March 2015. More than 4 months later, we regret to note that the institutional situation of the BFI remains extremely fragile and subject to unacceptable pressures that hinder the proper development of basketball in your country.
To our utmost concern, we have indeed received evidence and copies of correspondence issued by persons who were directly or indirectly part of the parallel General Meeting held in Pune the day after the holding of the valid BFI Meeting, threatening and dissuading players and State Unit Associations to take part in competitions organized by BFI and/or FIBA.
While it is not unusual for officials involved within the sports political sphere to have disagreements, FIBA cannot accept that players who have absolutely nothing to do with these political matters and personal arguments be held hostages and prevented from representing their country in major international competitions. Not only are these threats disrespectful towards the hard work these players and their coaches went through in order to be at the required level but it is also a direct insult to the State of India whose national team has been missing out on key players due to this institutional turmoil.
Just a few days ago, your national team reached the quarter finals of FIBA's flagship basketball event in Asia after a 12-year gap. However, key players were not allowed to take part in this championship due to various threats allegedly motivated by the absence of BFI recognition by your Ministry. FIBA is therefore of the firm opinion that this matter cannot continue any longer and we would respectfully request your Ministry to act without delay in the interest of the athletes, coaches, clubs, parents, sponsors, and fans who invest considerable time and resourced in our sport, by granting, without delay, the necessary recognition to the BFI presided by Mr Govindraj and recognized by FIBA.
Also, and equally more importantly, any State Association or Public Service Companies which decides to join the BFI to pursue basketball activities shall not be prevented to do so and any player registered with such associaitons shall also be encouraged to participate in competitions organized by the BFI and endorsed by FIBA.


FIBA's newest letter has been chiefly in response to the IOA's refusal to recognize Team Govindraj's BFI and support Team Mahajan, who has considerable clout in the Indian government because of Poonam Mahajan and Secretary-General Roopam Sharma's BJP links. The IOA's creation of an ad-hoc committee claimed (falsely, it has been alleged by Team Govindraj) that they were requested by FIBA to solve the BFI dispute. The IOA's ad-hoc committee also intended to hold fresh elections for the Executive Board of the BFI within a period of two months of giving notice to all affiliated members (state federations/associations, etc). Team Govindraj claim that the IOA order is "illegal" since they do not have the provision to make an ad-hoc committee for any National Sports Federation in India that is recognized by an international federation. 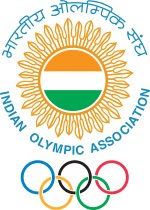 While Team Mahajan attempts to coerce the IOA to create obstacles for Team Govindraj, Team Govindraj continues to hold basketball activities for India domestically and abroad, including the Junior National Basketball Championship that conclude in Ludhiana on Friday, October 9. They will be holding selection trials for India's U16 boys team on October 10-12 in Bengaluru for the U16 FIBA Asia Basketball Championship in Indonesia at the end of this month. India were drawn yesterday in Group D of the U16 FIBA ABC, along with China, Korea, and Iraq.

Unfortunately, it seems that India's biggest rival in basketball success isn't China, or Korea, or Iraq, or the Philippines, Iran, or Japan. It's India itself.

To paraphrase FIBA and Baumann: dear India, stop messing with the hard work and passions of Indian basketball players. It is their dream to wear the Indian jersey, to make India proud, and eventually, help India achieve greater things. Their efforts should be supported, not halted. We can't let politics kill Indian basketball.