Fresh out of the heart of Punjab, another unlikely desi hoop dream is coming true.

Prince Pal Singh (15), the son of an electrician from Gurdaspur, was chosen for a three-year scholarship worth $75,000 (Rs. 50 lakh) to train and go to school at the Spire Institute in Geneva, Ohio, USA. The athletic youngster, already standing at 6-foot-7, was picked by FIBA agent Dermot Russell after he stood out from a field of 450 14 to 19-year olds at open trials conducted at the Delhi Public School in Rajnandgaon (Chattisgarh). The four-day trials - the first of its kind - was conducted by the Players1st Sports Managment in association with the Sports Authority of India (SAI) centre and School Games Federation of India (SGFI). 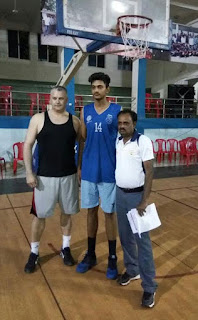 Like many of India's supremely talented players to come out of Punjab, Prince honed his game over the last year at the famed Ludhiana Basketball Academy (LBA). His scholarship at the Spire Institute is set to last from July 2016 to September 2019.

Aside from Prince, 14 more players will be awarded full scholarships across various academies in European countries following the Rajnandgaon trials.

Prince's success story is eerily similar to that of Satnam Singh, who bounced from a tiny Indian village (Ballo Ke) to the LBA, and then, six years ago, was given a basketball scholarship by IMG Academy at age 14. Last year, made history by becoming the first Indian to be drafted into the NBA.

"My prediction is that he could potentially been a NBA draft pick should he seize the opportunity he is currently been given," Dermot Russell, the FIBA agent, told SportsKeeda, "For Prince, the hard work starts now."

Unsurprisingly, Satnam is Prince's role model. "I wish to become like Satnam," the young prospect told Times of India's Amit Sampat in an extensive story and interview. 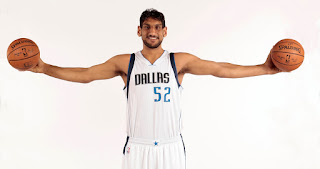 Recruitment and development consultant of North Atlantic Basketball Academy, Dermot Russell, who is also a certified Fiba agent, was invited by SAI coach Rajeshwar Rao Kalva to conduct selection trials for young Indian players in Rajnandgaon...
Having picked Prince ahead of a handful of national campers and other experienced players, Russell explained, "The level of athleticism that Prince has standing 6-foot-7 at 15 years impressed me the most. Similarly scouts at the Spire academy felt that he is likely to reach 7-foot plus and with the world class training in US, Prince is likely to get signed for a top 25 NCAA programme in three years." At the Ludhiana Academy, Prince is being trained by Devinder Dhindsa.

With Prince becoming the first school kid to get an American scholarship, Russell has identified 14 more Indian prospects from the recently held trials to work within his consultancy's development pathway.
Much like Prince, all these 14 players will be awarded full scholarships across various academies in European countries. Of the 450 players who took part in the trials, Russell also identified 82 cagers who would be given international scholarship opportunities. All these players, however, have been divided in different categories and are being offered part scholarships.


This is fantastic news for Prince and for the other 14 youngsters who have been selected. In the coming days, I'm sure we'll learn more about all of them and their destinations. Eventually, their improvements and accomplishments will not only help popularise basketball but also help the players achieve academic and other life goals.

India has no shortage of basketball talent waiting to be discovered, and open trials with well-connected coaches and agents like the one in Rajnandgaon is a good way of bringing attention to some of that talent. I have already given Satnam the moniker of 'King Singh'. Hopefully, the Prince of Basketball Singhs won't be too far behind.