Four of India's top basketball players from the national Men's team - Amjyot Singh, Vishesh Bhriguvanshi, Amritpal Singh, and Yadwinder Singh - aim to make history this week. All four stars will be heading be heading to Melbourne to take part in Australia's National Basketball League's (NBL) Draft Combine on April 17-18. This is the first time that Indian players have been invited to participate in this event. If they can prove their mettle, one (or all!) of the four players will aim to become the first Indians to play in the NBL, one of the top basketball leagues in the world outside of the USA, in the 2017-18 season.

The Draft Combine will be taking place at the Melbourne Sports and Aquatic Centre. According to a press release from Ekalavyas Media, a total of 80 players are expected to participate in the combine. These will include returning US college players, South East Australian Basketball League (SEABL) players, Australian state league players, and members of Australia’s national U18 and U20’s teams. It is an opportunity for coaches and scouts of different NBL teams to gauge the talent at hand and sign the players they believe could help their team. 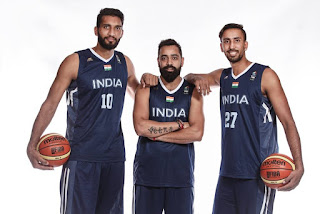 As standard practice, players participating in the NBL Draft Combine must pay an entry fee of AUD $250. However, this fee has been waived off for all the invited Indian players. The waiver of fees for the Indian contingent by the NBL is just another sign that the NBL has serious intentions to enter the Indian market: Last year, the NBL signed a historic deal with VEQTA to stream NBL games live in India.

NBL teams are usually allowed only three spots for foreign players, but under the new rules, players belonging to the countries of the FIBA Asia zone will be given an additional separate spot. This could really encourage one of the NBL's eight teams to sign Amjyot, Bhriguvanshi, Amritpal, or Yadwinder's to that additional 'Asian' player spot for the upcoming season.

Amjyot Singh and Amritpal Singh are no stranger to foreign league attention. Both Punjabi big men have played professionally in Japan's BJ Summer League and their Development League, winning the Japanese D-League title as teammates in the latter for the Tokyo Excellence. Last year, Amjyot and Amritpal also declared for the NBA's D-League draft but were not picked. Bhriguvanshi is one of India's most experienced and talented players and is recognised as one of the best shooting guards in Asia. Yadwinder has been a veteran presence for the Indian national team for nearly a decade and has been part of India's recent successful campaigns - led by the 'Big Three' of Amjyot, Amritpal, and Bhriguvanshi - at the FIBA Asia Challenge and other international competitions.

The NBL, founded in 1979, consists of seven Australian and one New Zealand team. It is considered generally as one of the most-competitive basketball leagues in the world outside of the NBA. The most recent season of the league concluded in March with the Perth Wildcats beating the Illawara Hawks for the championship. The next season will begin in October. 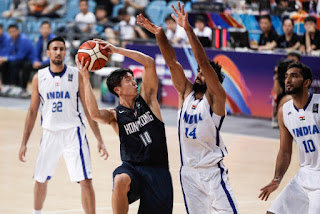 The Indian players’ participation in the NBL Draft Combine was made possible by Pursuit India and its Australian partner Danny Kordahi. Pursuit, which had previously worked with Kordahi and arranged the visit of Australian coach Damian Cotter to the national men’s camp, has been working behind-the-scenes for months to identify suitable playing opportunities across the globe.

"It’s the biggest platform our players have had so far to showcase their talent," said Vishnu Ravi Shankar, head of Pursuit India. "The NBL is a highly competitive international league and it’s a fantastic opportunity for our top Indian players to gauge their skill levels. Whatever the outcome, they will benefit a great deal from the experience itself."

It's no secret that Amjyot, Amritpal, and Bhriguvanshi are three of the best players in Asia in their respective positions. Yadwinder is a fantastic role player and an experienced presence for India The only reason that none of them have found more pro league options abroad have been the import player limits on each country. Since most countries only allow two or three foreign players per team, the teams usually swing for the fences and spend big money on talented North American players who can guarantee them immediate success. But with the new tweak in the rules at the NBL, hopefully the four Indian stars get a chance to shine and showcase their talents in this competitive environment. Their experience will be beneficial to their own improvement and hopefully extend the glow among the improving talent pool of basketball in India.