If you're a basketball fan in India thirsting for some high-level, high-octane hoops action, I suggest you head down to Hyderabad for the next two weeks, and not just for the biryani. 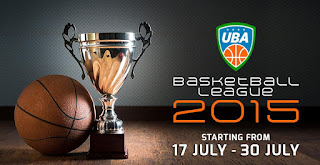 The Universal Basketball Alliance - UBA India - are launching a two-week professional league from Friday, July 17, to be held at the Gachibowli Stadium in Hyderabad until July 30th. The 2015 UBA Basketball League will pit off eight teams from all over India in this two week event, which will conclude with the Semi-Finals and Finals on July 29-30th. Apart

from some talented young players and India's veteran point guard TJ Sahi in the mix, several celebrities have also been invited to participate in the league's promotion to help create awareness and drive fans to come and support the game.

game - between Bengaluru and Pune - tips off at 2 PM on Friday.

The UBA has acquired the broadcast, merchandise and sponsorship rights to the existing, and self-governing Indian University Basketball Programme. They are currently securing television broadcasting arrangements, securing corporate sponsorships for tournament play, and creating merchandising

opportunities. UBA will focus its attention on the AIU and popularizing its All India Inter Zonal Tournament as an entertainment product for Indian viewers to enjoy for generations to come, just as Collegiate Basketball is in the United States. They organized the UBA All India Inter University Basketball Tournament for Men in Chennai from January 12-19. 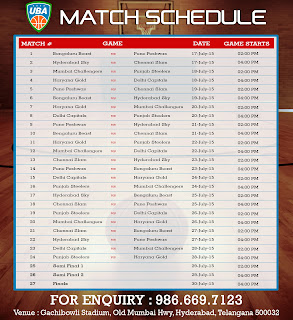 You can find more information about the UBA here and a full schedule of games in Hyderabad here.

"We have done our home work and have been connected and invited all the schools, colleges and universities across the eight cities to follow the event," said Tausif Shaikh, the Managing Director of UBA, "It will be validated both when the actual spectators come to see these matches and when the games comes on one of the top sports network."

Punjabi star Sahi will be playing for Bengaluru. Another player to watch out for in the tournament will be Yogesh Jadhav, a 7-foot-1 big who will be suiting up for Pune.

The league is not going to feature any of the most-recognizable or top talents in India, the players who more likely to be seen in the Senior National championships or donning the India jersey in international games. This is still a league in its early stage, and most of the players who have been given an opportunity here have likely graduated up from the University league held earlier. Still, it should be a fun event and showcase that India has a lot more basketball to offer than the 'official' events governed by the Basketball Federation 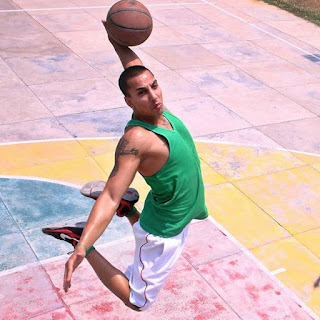 So, where do India's best basketball players play? Sure, the top talent spends a few months every year in national camps, preparing for international tournaments and championships. But for the rest of the year, they and all the other hundreds and thousands of players of all age levels have to settle for national championships (representing their state or work-unit) or sporadic, short invitational tournaments (playing for the government

units whom they are employed by). Unlike many other countries, there is still no full-time professional basketball league in India, a league that could contract these players and provide them a steady source of income and basketball every year.

as being 'one or two years away' for five or six years now. The organizers who would behind such a league - the BFI and IMG Reliance - have still not reached full preparation to turn this league from theory into existence

The UBA has invited minor local

and national celebrities like Ali Quli Mirza, Evelyn Sharma, Vidyut Jamwal, Anjana Sukhani, Mugda Godse, and Vidya Malawade to attend the league on various dates and interact with the fans.

Hopefully, the UBA India league provides an alternative and some healthy competition to the race for organized basketball events

in India. If this league can be successful, it will turn even more eyeballs towards the sport.
Posted by KARAN MADHOK at 20:13