Back home in India, there was breathless anticipation and the heaviest weight of expectation on the number 52 pick of the 2015 NBA Draft, Satnam Singh Bhamara. This was not entirely unexpected, of course, because Satnam just so happened to be the first Indian citizen to be drafted into the NBA, after the Dallas Mavericks picked him late in the second round. But in contrast to the hype back home, NBA scouts, coaches, and most of the learned basketball media were had little or no expectations of the 7-foot-2 when he was named in the Mavericks' squad for the Summer League in Las Vegas. Most insiders believed that Satnam was too raw and inexperienced for this level of the game, and expected little more than him to trip over his own feet at the Summer League. 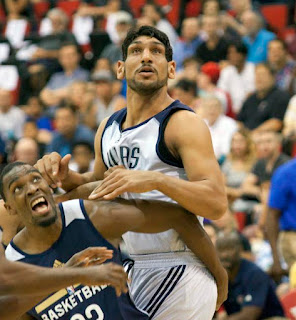 Unfortunately, the first few seconds of his NBA-lite action in Vegas was a rude awakening that left the critics smirking with self-satisfaction. When he checked in against the New Orleans Pelicans, his first shot was blocked by 6-9 Jarvis Varnado. Minutes later, he actually did trip on his own feet on the defensive end. He may have been the biggest guy on the court, but the 19-year-old looked, well, 19-years-old, confused, and perhaps a little intimidated by the moment.

But the great thing about good basketball players is that the game can provide them almost instant redemption. Satnam got back on his feet and got back to the play, brushing past the early nerves. He ended up playing 11 minutes in his debut, taking three shots, scoring four points and grabbing three rebounds in the limited time.

By the time the Summer League ended for the Mavericks - they were knocked out at the tournament's Quarter Final stage by the Atlanta Hawks on Saturday - Satnam had played bit minutes in five of Dallas' six games and showed hints of his potential, including games against the Pelicans, Trail Blazers, Lakers, D-League Select, and Hawks. He played an average of seven minutes per game at the Summer League, scoring 2.6 points and grabbing 2.4 rebounds per game. While the likes of Dwight Powell and Justin Anderson shone brightly for the Mavericks in Vegas, Satnam's bit play went mostly unnoticed and didn't contribute much to the team's fortunes.

And yet, even in his small way, Satnam did enough to leave an encouraging impression on the minds of the same scouts and coaches who may have had been skeptics earlier. He showed intelligence when cutting to the post, finishing strong around the basket, communicating with his teammates on defense, and generally, making the most of his small moments. There were stumbles and there were stutters, but Satnam took baby steps forward each game, and showed flashes of promise on both ends of the floor. 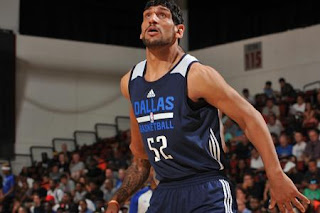 "I thought Satnam played pretty well," said Mavericks owner Mark Cuban to Mavs Moneyball at the end of the team's Summer League campaign, "He raised a lot of eyes. I think people didn't expect him to move as well and be as skilled as he is. I think he comported himself very well."

More from the Mavs Moneyball piece by Doyle Rader:

Mavericks Summer League head coach Kaleb Canales isn't hesitant to point out what he is doing well in Las Vegas.
"His communication on defense has been great," Canales said, "He's been aggressive. He's not shy which is a positive I think. He's not afraid to attack on offense. And on defense he's been talking pick and roll coverages but also hitting the boards."

"It's NBA 101," Canales said of where Singh is. "From terminology to system and in terms of concepts and principles, he's learning step by step in this process. It's a long journey for him ahead."
Luckily, everyone with the organization is on the same page about Singh. He isn't ready for the NBA. The Mavericks didn't draft him with the expectation that he would have an impact right away. He's a project player.
Next season he will play for the Texas Legends, the Mavericks' D-League affiliate, so he can continue to develop. Steven Kyler of Basketball Insiders tells Mavs Moneyball that the Legends will bring in former Maverick DeSagana Diop to mentor and work with Singh. 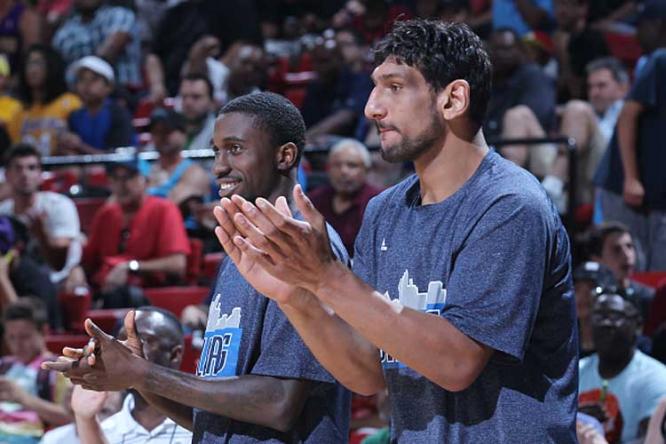 As for Singh, he already feels that he is up to the challenge.
"I think it's good to work with these guys," he said about his teammates and coaches. "When I was here [in the first game] and we were really close with some D-League [players] I said, ‘Of course I can play with these guys. My body is ready for these guys ... I'm here. I'm ready.'"


Earlier in the same article, Mark Cuban explicitly stated what the rest of us have been thinking: "I don't see him playing in the NBA this year," he said, "We'll give him time to develop."

This is fine, and this is to be expected. Satnam isn't one of the top rookies that came out shining at the Summer Leagues, like Emmanuel Mudiay, Mario Hezonja, or Kristaps Porzignis. He won't be expected to contribute to his team straight away like them, and even if he improves to an NBA level, he won't be expected to be a game-changer.

Still, his appearances at the Summer League proved that Satnam is more than just a publicity stunt. Satnam is a genuine NBA project and was a low-risk pick for Dallas at 52nd in the draft. If he can continue progressing and improving, he may earn an important role for the Texas Legends in the D-League, and hopefully, we'll see him back at the Summer League in Vegas a year from now with a bigger and better role. And after that, if the career trajectory continues positively, perhaps the NBA debut wouldn't be too far away.