After several months of disarray and disappointments, Indian basketball has been saved by the very thing that it was failing to save: basketball itself. As the Basketball Federation of India (BFI) divided house and caused the Ministry of Sports to stop basketball events in India altogether, a temporary respite gave the country a chance to host the 4th South Asian Basketball Association (SABA) Championship last week. India's Senior Men's squad responded in style, dominating all five of their South Asian opponents to finish with a perfect 5-0 record to retain the SABA Championship title. More importantly, by winning this title for the second consecutive time, India have qualified for the bigger, better challenge ahead: the 2015 FIBA Asia Championship later this year. 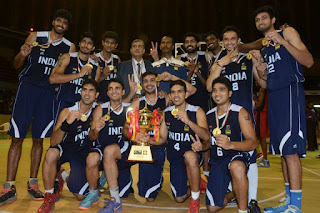 The SABA Championship was held in Bengaluru, India, at the Sri Kantaveera Stadium, from July 3-5, 2015. In the round-robin tournament, India defeated Nepal, Bangladesh, Bhutan, Maldives, and Sri Lanka to finish the tournament with a perfect 5-0 record.

India was short of some of the top available talent for this championship, including Satnam Singh (who has been drafted into the NBA), Amjyot Singh, Amrit Pal Singh (both are playing professionally in Japan), Vishesh Bhriguvanshi, and Yadwinder Singh (both injured). Additionally, Head Coach Scott Flemming departed from the team and his successor, S. Bhaskar, didn't receive his leave from the Sports Authority of India (SAI) in time to join the squad in Bengaluru. India instead fielded a younger, less experienced team - featuring five players making their senior debuts - and were coached by trainer GLR Prasad. Big man Rikin Pethani took on the captain's mantle for this tournament.

But no amount of hindrances could stop India, and the opponents from our neighbouring countries proved to be perfect fodder for India to improve morale, prepare for the FIBA Asia Championship, and distract media attention to real basketball instead of the ongoing political mess. 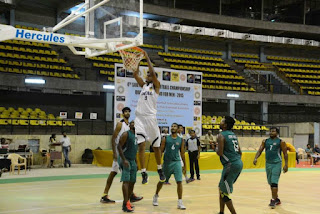 India started off the tournament against Nepal on Friday morning, and just like they have in the past, our opponents struggled against India's dominant size inside. Led by Narender Grewal's game-high 17 points, India showed no mercy defeating Nepal 90-37, outscoring them by at least double digits in every quarter for their best defensive performance at the tournament.

On Friday evening, India was back on the court to face Bangladesh, and this time, it was their offense that shone bright. Rising young star A. Arvind led all scorers with 19 as India unleashed hell from the very first tip, outscoring Bangladesh by 25, 22, and 28 in the first three quarters. When the dust settled, India sat easy with a 122-39 win, their biggest margin of victory at the championship (83 points!).

India played just one game on Saturday, against Bhutan. Once again, it was India's start that undid any hope for the opponents, as they got off to a 39-6 advantage, leading by 33 by the very first quarter. Bhutan shaped things up to match India 20-20 in the second quarter, but India kept their foot on the gas pedal after halftime and won the game 119-52. Point guard Joginder Singh returned to the lineup with a triple double (12 points, 11 rebounds, 10 assists), Gurvinder Gill dropped 20 points, while Arvind notched 19 points to go with 10 rebounds. 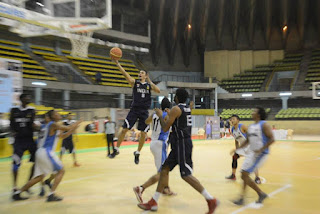 In the last day of games, Sunday, India first played the Maldives, in what turned out to be their best offensive performance. Led by Prasanna Venkatesh (26), Rikin Pethani (21) and Akashdeep Hazra (17), India was dominant from start to finish en route to a 128-48 win.

The final game of the tournament pitted the two undefeated teams, India and Sri Lanka, against each other, with a title and a place at the FIBA ABC on the line. India didn't want to leave anything to chance after a 22-13 start, taking a 20 point lead at halftime and then blowing the gates open with a dominant third quarter. Aravind Annadurai scored 22 points and Pratham Singh added 17 for India in the 93-44 victory.

In total, India defeated each opponent by an average of over 66 points each. It was a balanced effort from beginning to end for India, who got to give a chance to a lot of young players, but it was A. Arvind who perhaps stood out with his consistent performances the most. The big question for India is how many of these young players will remain in the team's core with the FIBA ABC's come around. If our three best players in recent years - Bhrigvanshi, Amrit Pal, and Amjyot - return, they are sure to snatch back their starting spots and eventually kick some of the younger players out of the rotation. But that will be a good problem to have for the coach, who will need his veteran stars if India hope to make the same waves at the FIBA ABC as they did at the FIBA Asia Cup last year. 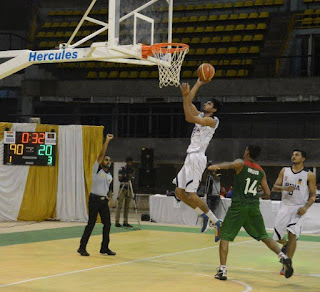 The winning team was given a cash prize of Rs 35,000 by the BFI. Trophies and medals were handed out to the top three teams of India (gold), Sri Lanka (silver) and Nepal (bronze).

The 2015 FIBA Asia Championship will be held in Changsha, China from September 23 to October 3. The group draw for the tournament has already been made, and India will slot into Group A with Iran, Japan, and Malaysia.