Team India to participate at 2015 FIBA Asia U16 Championship for Women: Roster, Schedule, and preview


The future doesn't appear out of thin air; it is prepared, mastered, and perfected in the present. As Indian basketball hopes to take larger leaps in the future, the stars of tomorrow will have to start getting shaped with their performances today. India's senior women's team dreams of breaking the barrier of Asia's top four teams (China, Chinese Taipei, Japan, Korea), but before our seniors can get there, our youth players have to display their basketball potential. Next week, they will get a chance to do just that.

The top youth (under 16) players from all over the country have been chosen and prepared to start a new cycle of Indian basketball excellence. The Basketball Federation of India (BFI) has announced India's U16 girls' roster for the 2015 FIBA Asia U16 Championship for Women, scheduled to be held in Medan (Indonesia) from August 2-9. The Indian team is led by Head Coach Abhay Chavan from Maharashtra, with assistance from former national captain Divya Singh. 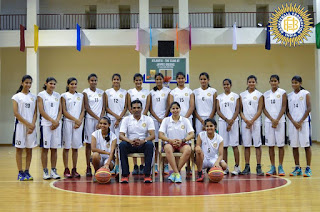 India, who finished fifth at the previous edition of this biennial tournament in Colombo in 2013, will return to 'Level I' of the championship again this year. This is the higher level of teams who can challenge for the title, and India will face up against holders China, Japan, South Korea, Chinese Taipei, and Thailand in the Preliminary Round.

Participating Teams
Team India at 2015 FIBA Asia Championship for Women
“We have been practicing at the Jaypee Greens Indoor facility since the 1st of July,” said Coach Chavan, who was the assistant coach of the side at the same event two years ago. “Last time we lost by heavy margins to the top teams. We expect to perform better this time around.” Speaking on the subject,

Secretary General of the BFI, Mr. Chander Mukhi Sharma, stated, “We started with 80 girls from across India coming to Jaypee Greens for the selection trials, and these 12 girls proved, through hard work and dedication, that they were the best of the lot. We wish them and the support staff the best of luck in the upcoming Championship, they have the full support and encouragement of the Indian basketball family behind them.” 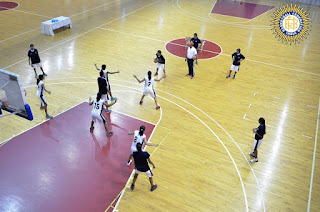 BFI President, K. Govindraj, reiterated Mr. Sharma’s sentiment, “We are looking to build on the momentum started by the Senior Men’s National Team, which won the gold medal at the 4th SABA Championship earlier this month, and we’re excited for these young girls and the basketball community. The U-16 girls have been provided one of the top practice facilities in India to train and we look forward to their performance during the event. The new BFI leadership is and will remain committed to supporting the youth players of our country, as they will be the foundation of talent over the next 10-15 years.”

India's Schedule - All timings IST
The knockout rounds will be held on August 8-9. If India finish in the top four, they will move on to the tournament's semi-final stage. Else, they will face the top or second-place teams from Level II in a battle to ensure that they remain in Level I for the tournament's next iteration in 2017.

As it usually is for India in FIBA Asia tournaments, the easiest way to a win is always the other 'outsider' team (outside the Big Four) in Level I. This time, that team is Thailand. India have finished 5th the last two times at this tournament, and a win over Thailand will be essential to match our previous efforts again. But the real challenge is to shock one of the Big Four and hope to sneak into to the tournament's semi-final stage. India has yet to do better than their fifth-place finish at this tournament, but if this group of girls are able to achieve the improbable, they could set the ball rolling for a bright future for Indian Women's basketball.