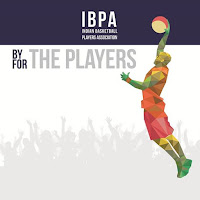 "Just imagine a shot in front of the India Gate," says Jayasankar Menon, an Indian basketball legend and president of the recently-formed Indian Basketball Players Association (IBPA), "The 'Dribblathon' will be flagged off at the National Stadium, go through the inner road of the India Gate, and come back to the National Stadium. Almost 600 players have confirmed to be out there dribbling."

The IBPA will be hosting the first-ever 'Dribblathon' from the Dhyan Chand National Stadium to the India Gate and back in New Delhi (UPDATE - Date/Time have been since suspended by IBPA). The IBPA will be hosting this event to promote basketball, project India's basketball legends, and also celebrate Satnam Singh's entry into the NBA. As Menon said, close to 600 players have already registered to take part in his historic event.

"The national stadium was the venue of first Asian Games inauguration," Menon added, "And we want IBPA first public event to be kicked off from same venue."

You can email the IBPA at ibpaindia@gmail.com to register.

UPDATE: IBPA President Jayasankar Menon has announced, in respect for the passing of India's former president APJ Abdul Kalam, the Dribblathon will be suspended. With Independence Day celebrations coming in mid-August, the IBPA will reschedule and announce the new date/time for the event soon.
Posted by KARAN MADHOK at 02:57