FIBA - the international basketball federation - is currently enjoying it's flagship event, the 2014 Basketball World Cup, in Spain. With this being basketball's biggest international event featuring 24 of the top teams in the world, it has been a chance for FIBA to show the world that basketball is truly a global sport and has the potential to bring people together. 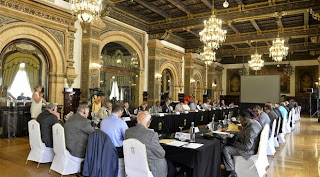 Alas, FIBA seems to be turning this potential push forward into - in simple basketball terms - a turnover.

During FIBA's Central Board meeting at Seville on the eve of the World Cup, the committee decided to shelf any decision on its controversial 'Headgear' ruling - Article 4.4.2 of FIBA's official basketball rules - that has denied people of Sikh, Muslim, or Jewish cultures from wearing their traditional headgear (like turban, hijab, or yarmulkes). The protest against this rule has been flaring up for the past year, but became a loud outcry particularly over the past few months when three Indian Sikh players - Amrit Pal Singh and Amjyot Singh at the FIBA Asia Cup and Anmol Singh at the FIBA Asia U18 Championship - were forced to remove their turbans before participating in international games.

After pressure from the Basketball Federation of India (BFI), US lawmakers, and Sikh activists - including the #LetSikhsPlay social media campaign - FIBA had decided to review this issue at the Central Board meeting in Spain at the end of August. Unfortunately, the meeting came and went with no further result.

From FIBA.com's report of their Central Board Meeting on August 27: 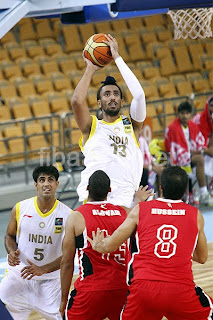 On the subject of a review of the basketball rules regarding headgear, because of the importance of the matter, the Central Board decided that it requires further analysis before a final decision is made. Both the Technical and Legal Commissions shall study and present options to the Central Board.
A new Central Board will be elected during the World Congress taking place on Thursday-Friday 28-29 August and will meet for the first time on Saturday 13 September in Madrid.


Roopam Sharma, the CEO of the BFI, had promised to raise this topic among FIBA officials at the World Cup. She spoke to The Times of India recently, saying "I have been waiting for my opportunity to raise this issue in the World Congress. I will make them understand that patka is a part of Sikh culture and tradition. It is not an accessory, and it is in no way injurious to players. It is just a piece of cloth that Sikhs wear on their heads. I hope we would be able to resolve the issue and bring it to its logical conclusion."

In response to this delay, Sona Simran Kaur, the Communications Director of Sikh American Legal Defense and Education
Fund (SALDEF) said, "It is a shame that FIBA has decided to let bureaucracy stand in the way of progress and religious freedom.
The FIBA Basketball World Cup starts on Saturday, August 30. While FIBA presents itself as a representative of global sport, Sikh and Muslim players will still be forced to choose between playing the game they love and following their religious beliefs."

Simran Jeet Singh, the Senior Religion Fellow for the Sikh Coalition who initiated the #LetSikhsPlay campaign added, "As the great Dr. Martin Luther King, Jr. once said, 'Justice delayed is justice denied.' This is an issue of basic morality and ethics, and we hope that FIBA will do the right thing by allowing religious minorities to play basketball freely. Basketball is a beautiful sport that's growing rapidly around the world. It's time for FIBA to embrace the diverse communities it represents and to modernize its outdated and discriminatory rules. Other major sports organizations, such as FIFA and the NCAA, allow Sikhs to play with their turbans, and there is no logical reason to keep them off the basketball court for international competitions." 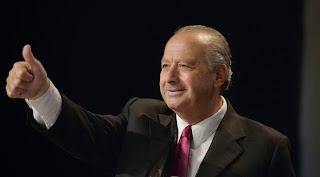 Members of Kalgidhar Society staged a protest demonstration against FIBA during their conference in Seville.

Meanwhile, the online support for turban-clan basketball players has gained further support. Several Sikh/Indian celebrities, such as pop stars Yo Yo Honey Singh and Daler Mehndi have promoted a change.org petition against the discrimination by FIBA. So far, the petition has gained over 59,000 signatures.

FIBA have had a changeover in its top brass at the World Congress, too. Argentina's Horacio Muratore was elected as the new FIBA President for the 2014-2019 term of office, replacing Yvan Mainini. Delegates from the 116 national federations in attendance at the FIBA World Congress on Thursday elected 13 of the potential 29 members that will make up the Central Board for the upcoming term.

This new board will meet on September 13 again, near the end of the World Cup, for the first time. Hopefully, the new head honchos treat this issue with the seriousness and urgency it deserves. Until the rule has changed, many of India's players who wear religious/traditional headgear, will have to continue playing without it for future international basketball games.
Posted by KARAN MADHOK at 07:30