While India's surprising success at the FIBA Asia Cup in Wuhan (China) has been a complete team effort, a special nod should be given towards the country's formidable frontcourt, which has perplexed opponents on both ends of the floor so far. India have relied particularly on 6-foot-10 Amrit Pal Singh (23) and 6-foot-8 Amjyot Singh (22), both players who have developed out of Punjab's great basketball academies. The former has been one of the tournament's best defensive players and the latter has been among India's scoring leaders.

Before the tournament began, it was clear that the two players would have to be at the top of their respective games for India to have a chance at defeating some of the more fancied Asian opponents. And yet, when the team took the floor for their first game against Japan on Saturday evening, Amrit Pal and Amjyot were out of the starting lineup. 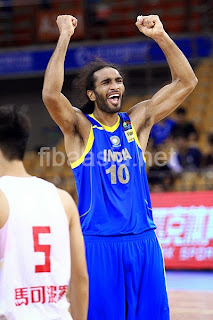 Amjyot and Amrit Pal are both of the Sikh religion, and for those who may be unaware, it is part of a strict code of conduct for Sikhs to a). not cut their hair and b). keep their hear covered under a turban so it can be in its natural, unaltered state. Like people of any religion or custom, Sikhs can't be generalized and not all of them follow the custom closely. Some cut their hair, some don't wear turbans, while some follow every strict code of conduct by the book. Turban or no turban, millions of Sikhs seem to be getting along around the world just fine - in most cases. Amjyot and Amrit Pal both play basketball with their turbans on; Amrit Pal only began wearing his turban a few years ago, Amjyot has worn it all his life. Both had taken part in various FIBA basketball events at home and abroad and their headgear had presented no issue in the past.

Until Saturday. For the first time, FIBA officials at the Japan-India game decided to invoke FIBA's "No Headgear" rule in an international game. Neither Amjyot and Amrit Pal could start the game, since they both had to scramble to open their turbans and then tie their hair back using a headband of some sort. They finally checked in two minutes later, but the roughly tied hair was uncomfortable for both of them, and additionally, the referees stopped them several times to show if their hair was fine. Both reported after the game that it felt awkward to play this way. India went on to lose that game by 20 points, but there were a variety of other reasons beyond hair-troubles for our top big men that led to that defeat.

Rules are rules, and Article 4.4.2 of FIBA’s Official Basketball Rules states, "Players shall not wear equipment (objects) that may cause injury to other players," a list that includes headgear like turbans, hijab, etc. But India claim that they were misled about the implementation of this rule. A day before the tournament, India's Head Coach Scott Flemming had been given an affirmative from FIBA Asia officials that the Sikhs in his team could keep their turbans on for the game - but before the game itself, the officials changed their minds and disturbed not just the two players in question but also Team India's flow before the game.

"I spent a long time advocating for our players the day before the Japan game and finally thought we got the ok for [them] to wear their turbans," Flemming told me a few days after the incident, "I was then told right before the game there was a misunderstanding on what we agreed to. I again pleaded for our players on this ruling. Finally, the FIBA official made the ruling and we had no choice. I would never make our players do anything they were uncomfortable with according to their religious practices. It was up to them. They both decided to adjust to play in the game. It was disruptive but I thought they both handled it well." 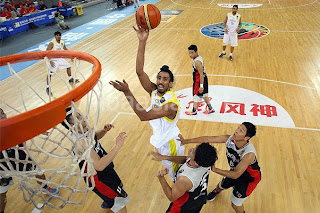 Flemming added, "I am personally against a rule like this that infringes on someones religious beliefs that does not cause any harm to others. [But] it's is a FIBA rule."

A few weeks ago, Habeeba Husain on SLAMOnline.com had argued for the case for allowing hijab for Muslim basketball players, and on the ludicrous notion that FIBA has felt that small pieces of cloth worn to signify religious identity could pose a threat to anyone. One could make the same argument for turbans - they are a part of the lifelong identity and a matter of pride for many of these individuals, and asking them to play without it is not only insulting to them emotionally but also a deterrent to their regular habits of physical comfort.

"We have always played in turbans, even in last year's FIBA Asia Championship in Manila," said Amrit Pal, "But playing in the Japan game without it felt very awkward. I wear a turban in practice, too, and it was strange to not have it on during the game."

Amjyot, who had never experienced playing basketball without his turban, was disturbed, too. "It felt very bad that they did this right before the game, even after our coaches had felt that we had the permission to keep our turbans on," he said, "At least, eventually, they let us fix it with a band, but even that felt very awkward. In the China game, I tied my hair back with rubber-bands to make it hold on tighter. But I find it to be much more comfortable playing with turban, of course - that is part of my habit."

By the time the China game came around, both players had found a temporary fix for their hair, and on-court, they fixed the basketball issues, too. Both of them started: Amjyot was the leading scorer in the game as India defeated China for the first time in its basketball history. Amrit Pal was a beast on the defensive end, and made life extremely uncomfortable for Chinese bigs such as Zhou Qi. A day later, India continued their bright form to blow out Indonesia. They lost to Iran in today's last group stage game, but still qualified for the Quarter-Finals.

Now, India finds itself in the Quarter-Finals with dreams to go even further. And both our big long-haired Sikh superstars will be an integral part of realizing that dream, with or without their turbans.

But more importantly for their culture and for their beliefs, we hope they earn some respect to make the rest of the basketball world realize that it's not Indians' headgear they should fear; it's their game.