The journey - as it usually is with Indian sports - wasn't easy, and threatened to unravel into disaster as, less than 10 days before the beginning of the 2014 Asian Games in Incheon (Korea), the fate of India's basketball (and a few other sports) teams hung in the balance. Luckily for the Indian athletes and hoop lovers back home, the turmoil finally ended last week and India's Men's and Women's Senior basketball squads were confirmed to participate at the basketball tournament in Incheon, set to be held from September 20 - October 4.

The 17th Asian Games - or the XVII Asiad - will be held in Incheon from September 19 - October 4, 2014. A total of 439 events from 36 sports and disciplines set to feature in the Games. The basketball tournament at the Games will be held at the Samsan World Gymnasium and the Hwaseong Sports Complex. 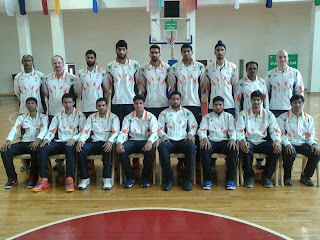 India's Men's Basketball team at the 17th Asian Games
Head Coach Scott Flemming has opted for a completely unchanged roster for Team India from the squad that performed wonders at the 5th FIBA Asia Cup in Wuhan (China) in July this year. Flemming's decision is no surprise at all: this is the same Indian squad that defeated the mighty Chinese on their home soil at the FIBA Asia Cup for the first time in the nation's basketball history. Although India finished the tournament at only 7th place, they managed to scare much-favoured Asian squads like Iran and the Philippines (both of whom played at the FIBA World Cup) and proved that they were much better than their 61st FIBA World Ranking proclaimed. India will once again rely on their three most talented players - Vishesh Bhrighuvanshi, Amjyot Singh, and new captain Amrit Pal Singh - to strike fear in their opponents. 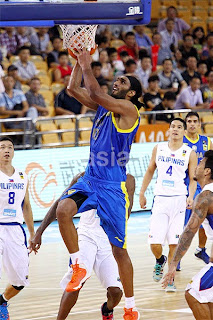 India will start the tournament in Group B of the Qualifying Round.

Asian Games Men's Basketball Groups
To qualify for the Preliminary Round of the tournament, India must finish in top 2 of the qualifying round stage. India should be able to do just that: Kazakhstan are slight favourites for Group B but India should be able to defeat Saudi Arabia and Palestine. If India can beat Kazakhstan too, they will top the group. Either way, if India qualifies for the Preliminary Round, they will thrown right into the fire. Finishing top will see them in a group with Asia's World Cup representatives Iran and Philippines and finishing second will place them with Asia's top seed China as well as FIBA Asia Cup runner-ups Chinese Taipei. 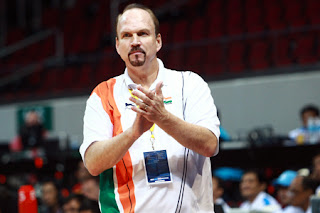 The top two teams from from Groups C, D, E, and F will move on to two more groups (G and H) of round-robin games as the Quarter-Final round, and the four best from these groups will finally be in the semi-final knockout stage.

India's Men's Qualifying Round Schedule - all timings IST
"It has been a long wait and one with uncertainty," Coach Flemming told me as Team India readied to head out to Korea for the Asian Games, "We are very glad that we have been given approval to participate in the Asian Games. At the same time we are again battling the odds with no preparatory games and a limited coaching staff. We will again need to be overcomers and overachievers. We draw confidence from our play in the Asia Cup earlier this summer. Our team will do our best to meet the challenge ahead of us."

My Prediction: At the 2010 Asian Games in Guangzhou (China), India's Men finished winless, losing all five of their games. This year, circumstances and groupings are different and India should be able to notch a couple of Qualifying Round victories. India will have to use the first two games against Palestine and Saudi Arabia as their 'preparatory' games before their biggest early challenge against Kazakhstan. The Kazakhs are known to be tall and athletic, but I feel that this Indian side has enough confidence and talent now to beat them and top Group B. Unfortunately, they will have to go against Iran and Philippines in the Preliminary Round then, and only another miracle (like our win over China two months ago) will be able to see India survive for the Quarter-Finals. 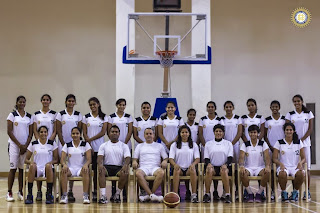 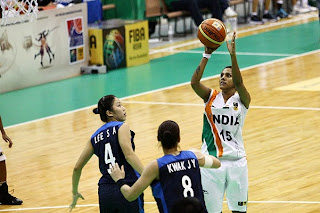 It's been a long time since we've seen a full-strength India Women's basketball team in action. It's been almost 10 months, actually. Garcia led India to a best-ever fifth-place finish at the 25th FIBA Asia Championship for Women in Bangkok (Thailand) last year, and India notched their first-ever Level 1 victory in the tournament, too. Since then, India's only major international exposure has been at the Lusofonia Games in January, where Garcia opted to play a younger, less experienced squad. Although several of the big guns are back in the roster for India, this team is missing some familiar faces like recent Arjuna Award winner Geethu Anna Jose and young rising star Shireen Limaye, who tore her ACL just days before the team was due to fly to Korea. Jose's Railways' teammate Anitha Paul Durai is also missing in action. India will be relying on the potential of youngsters Jeena PS and Kavita Kumari, the leadership of captain Smruthi Radhakrishnan, and the experienced Singh Sisters - Prashanti and Akanksha - in the campaign. Because they finished in Level 1 of last year's FIBA Asia Championship, India's Women have already been seeded to the competitions final round.

Asian Games Women's Basketball Seedings
The top team from the Qualifying Round will play Korea in the Quarter-Final while the second-best team will play China. India's first game at the tournament will be a Quarter-Final clash against Japan on September 28th at 9:30 AM IST. If India win this game, they will play either Korea or the top team from the Qualifying Round in the Semi-Final. If India lose, they will be slotted in the 5th-8th place tournament. 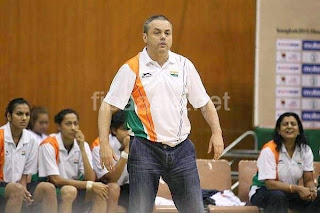 "Our preparation for the Asian Games was not the best," Coach Garcia said, "We ran three camps but our exposure trip was cancelled even when we were ready with visas to head to China for practice games. So at the end of the day we go there [Incheon] without playing a single game. As far as I know, our opponents have been playing in international tournaments since the end of July. Also, we'll be going there without our two best scorers (Jose and Paul Durai) and rebounder (Jose) of the last FIBA Asia Championship. Days ago, Shireen Limaye, an important player in our system, tore her ACL so she won't be able to play either. But still, we expect to compete at 500 percent; we have been working very hard and although we have adversities, I believe in this group to give their best in the tournament."

My Prediction: India's Women were also winless at the 2010 Asian Games, going 0-3 in the tournament. By being seeded in the final round this year and starting in the Quarter-Final, India are ensured at least a top 8 finish. India's chances of winning that quarter-final against Japan are low since the Japanese are the reigning FIBA Women's champions. If they lose, they will have to face against other Quarter-Final losers in the 5th-8th tournament, where their biggest challenger will probably be Thailand. India proved last year that they were ready to cement their position as Asia's fifth-best women's team after the big four of China, Chinese Taipei, Korea and Japan, and I expect them to be good enough for fifth-place again this time around.