Without Kevin Durant, LeBron James, Blake Griffin, or Carmelo Anthony. Without even Russell Westbrook, Chris Paul, Kevin Love, or Paul George. On paper, the 2014 World Cup featured a younger and 'weaker' USA side. This wasn't the 'redeemed' USA side that - since their last competitive loss in 2006 - had been undefeated and dominated opponents in every international basketball tournament since. This was, what many critics called, the 'C Team', the youngest USA side since the NBA began sending professionals back in 1992. 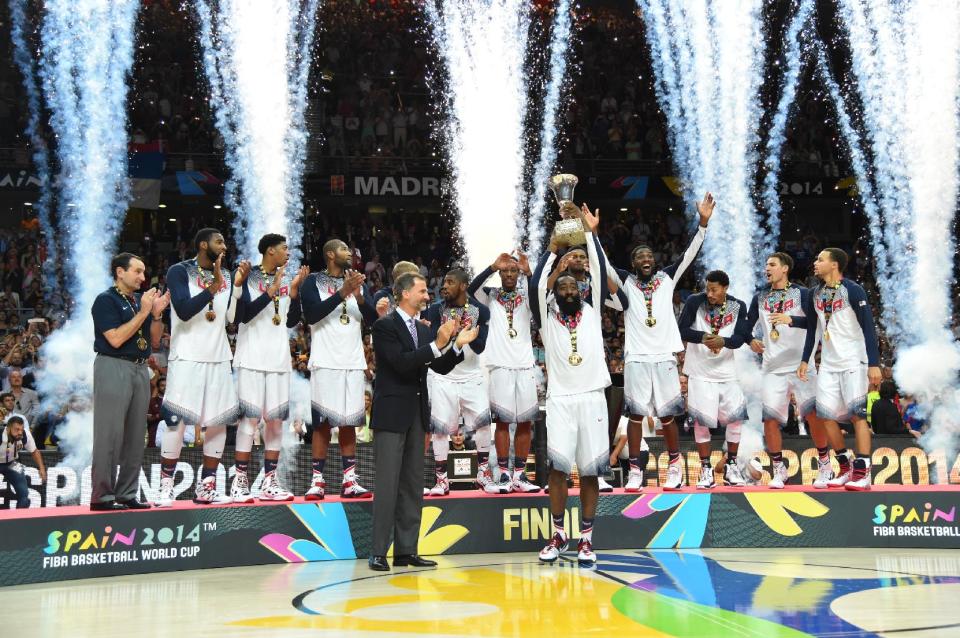 But basketball games aren't won on paper; Team USA's so-called 'C Team' turned the 'C' into 'Championship', defending the rebranded FIBA World Cup title for the first time in their history with a dominant performance that easily blew out the rest of the global competition. Winning every game by an average margin of 32.5 points, Team USA went an undefeated 9-0 at the World Cup in Spain, capping off their wonderful tournament with their best performance in the final: a 129-92 victory over Serbia in Madrid on Sunday, September 14.

After a slow start as Serbia raced to a 15-7 lead early in the game, USA bounced back with a 15-0 spurt and never looked back. USA made the most of the shortened international three-point line, hitting 11-16 threes in the final. Kyrie Irving (26) and James Harden (23) were the chief perpetrators as Serbia had no answer for the American onslaught. By the end of the contest, eight of the 12 USA players had scored in double figures en route to the 37 point win.

This was USA's fifth gold medal at the FIBA World Cup, tying for top slot with the former Yugoslavia. They have now won 63 straight games - 45 in official FIBA events and 18 in exhibition play - and are automatically qualified for the 2016 Olympics in Brazil. 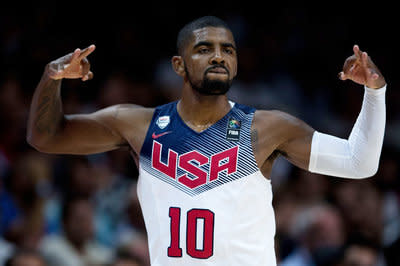 USA won all of their group games with relative ease, yet, because of their slow starts and the quality of their opponents, doubts remained about the true talent of this young team. By knocking out Mexico, Slovenia, Lithuania, and then Serbia on the way to the gold, USA went on to erase all such doubts. Kyrie Irving was named tournament's MVP, but this was far from a one-man effort: the likes of Kenneth Faried, James Harden, Anthony Davis, Stephen Curry, DeMarcus Cousins, Klay Thompson, and more came up big from game to game to keep the Americans at the head of the race.

Since breaking up with Yugoslavia, the silver in 2014 was Serbia's first ever medal at the tournament. Serbia were the competition's unlikely finalists: they won only two of their five group games to sneak into the knockout stage, and then, they suddenly found a way to turn their performances around. The Serbs blew out favoured opponents like Greece and Brazil and held on to win in a classic Semi-Final over France to reach the final.

France won the bronze medal by scraping past Lithuania 95-93 for a close win on Saturday. Led by 27 points by Nicolas Batum, France bounced back from a fourth quarter deficit to claim victory. Lithuania's high scorer was their young center Jonas Valanciunas, who finished with 25 points and nine rebounds. France, who won last year's EuroBasket, will be happy with their performance at the World Cup, especially since they were able to win a medal without the likes of Tony Parker or Joakim Noah in their lineup.

The biggest disappointment at the World Cup was the performance of hosts Spain. Featuring the likes of Pau Gasol, Marc Gasol, Ricky Rubio, Serge Ibaka, Jose Calderon, Juan Carlos Navarro, and Rudy Fernandez, Spain entered the tournament at full strength and seemed to have all the pieces to be the only true challengers to USA's ascent. This was perhaps the last opportunity of Spain's "golden generation" heralded by Pau Gasol to beat the USA and claim their second World Cup win after 2006. Alas, after a fine start in the group stage and the round of 16, Spain were shocked in one of the great upsets in world basketball by France in the Quarter-Final. A defensive masterclass by the French knocked out the Spaniards and ended any hopes of the dream USA-Spain clash in the Final.