After going undefeated at the FIBA Asia U18 Championship for Women two years ago, India's Juniors have won promotion into Level 1 of the tournament and joined the fray with Asia's top squads for the 22nd FIBA Asia U18 Championship for Women, set to be held in Amman (Jordan) from October 10-17, 2014. At total of 12 teams from across Asia were drawn in Levels I and II of the tournament by FIBA Asia recently. 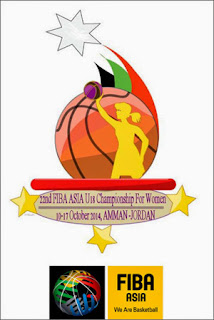 Two years ago, at the previous iteration of this tournament in Johor Bahru, Malaysia, India started in Level II where they beat Singapore, Hong Kong, Kazakhstan, Sri Lanka, and Malaysia to qualify for Level I. The probables for Team India will soon be heading to the SAI Center in Aurangabad to train for the tournament. India last played in Level 1 back in 2008.