At the recently concluded 2nd U16 FIBA Asia Basketball Championship, in Nha Trang City, Vietnam, India's Youth side finished at an unflattering 10th place out of 16 participants. The final standing was no improvement to our standing at this competition two years ago, where we had finished 10th too.

And yet, the players and coaches who represented the country in Vietnam, and the fans who followed their every move, couldn't help but feel a sense of optimism about India's incredible performance. Impressing opponents and fans alike with their considerably improved play, India, perhaps for the first time on the Asian stage, have given a warning with their performance about the things to come. As this current crop of talented youngsters grow up, and more are added to the system, Indian basketball has definitely taken a step in the right direction.

But first: respect must go to the tournament's eventual champions, China, the most dominating and the only undefeated team at the championship. China continued their dominance in the final of the tournament as they blew past Korea 92-52 for their second consecutive gold medal of this competition on Friday.

China had an air of invincibility about them as they went about their business against a potentially tricky opponent in the final. Zhou Qi of China had a final to remember, scoring a tournament-high 43 points to lead his side to a 40-point victory, 16 of which came in the second quarter which opened the gap between the two sides. 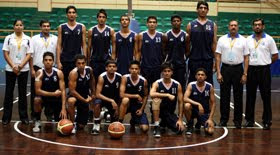 Korea’s best player on the night was Hae Hoon, who pitched in 19 points for his side that had to settle for the silver medal.

The finalists China and Korea have both qualified for the 2nd U17 FIBA World Championship which will be held in Kaunas, Lithuania, in 2012.

Earlier in the day, Japan defeated the Phillipines with a disciplined effort 94-81 to claim the bronze medal. Japan were led on the scoresheet by Dalki Kaneko (25 points), Yusel Sugiura (21), Yudal Baba (17), and Kelta Shinkawa (16). 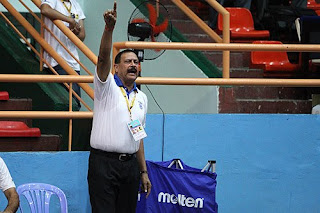 India's coach Jai Prakash 'JP' Singh did not use a fixed starting lineup for the eight games his side played, giving the most amount of minutes to Ajay Pratap Singh, Loveneet Singh, Rakesh Sangwan, Narender Satyawan, Satnam Singh Bhamara, and Karthickeyan Saminathan.

India were grouped in the Preliminary Stage of the tournament with China, Malaysia, and Chinese Taipei. It was international baptism by fire for most of the Indian players as they were caught in the Chinese roller coaster, losing 27-64 in their first game to the tournament's eventual champs. China were bigger, faster, and more experienced than the Indian side, which featured only one player - seven-foot-one, 15-year-old Punjabi phenon Satnam Singh Bhamara - with any major international experience.

But the tournament only improved for India after that: in their second game against Malaysia, India started hot to thrash their opponents, 93-40. India were led by Karthickeyen Saminathan (18 points). Loveneet Singh accounted for 8 points in the first quarter to lead the Indian charge and went on to score 16 points. Ajay Pratap Singh contributed 17 points, 5 of them coming in the first quarter. And in limited time of just one quarter, Satnam scored 16 points. 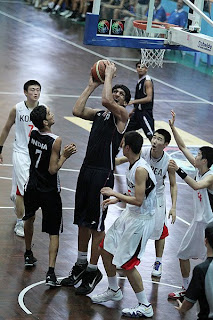 In the final group game, India pulled off one of the major upsets of the tournament, clocking a memorable 73-52 victory against Chinese Taipei. India shut down Taipei early in the game, and then rode the three-point prowess of Ajay Pratap Singh (25) and Karthickeyen Saminathan (18) to prevail. India's improving defense was a major cause of this win, something that coach JP Singh noted in his interview with FIBA.com. The win helped India finish at 2nd place in their group.

In the tournament's Second Round, India were slated to face three tough teams: Lebanon, Korea, and Iraq, and despite strong efforts in all three games, India couldn't find a single victory. A loss in a loss in any language, but playing against teams that are used to defeating us by 30 points and then holding them to near-even terms shows the improving stature of the Indian side. After a close game in the first half, Lebanon's offense finally broke free from India's stingy defense and rode their way to a second round vicory, 77-65. Jimmy Salem led the scoring for Lebanon and the game with 22 points with Gerard Hadidian contributing 20 points, his third successive 20-or-more score in the competition. Albert Zeinoun had 21 points. India were led by Loveneet Singh, who had 16.

One of India's high-points of the championship was their loss to eventual runners-up Korea: Satnam Singh Bhamara finally broke free and scored 41 points (second highest individual score in the tournament), keeping India tied with the Asian powerhouses up till the start of the fourth quarter! Korea's Heo Hoon, who sat out the entire first quarter nursing a painful ankle, made an entry midway through the second and went on to lead Korea’s scoring with an all-round 31 points. Level at 47 at the end of the third, Korea opened a 19-10 blitz in the first five minutes of the final quarter. Heo had 14 of his points in the fourth quarter. Kim Gookchan had 18 points. 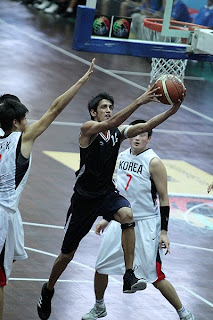 Satnam continued his inspired run against Iraq, as he once again dominated the post for 32 points. India started off well again, but Iraq came into their stead in the second quarter to take a lead and not give it up again. India stayed close throughout, however, and leveled the scores in the final period after free throws by Kushmeet Singh, but Iraq's Ahmed Razzaq (27) scored a couple of clutch baskets to give his team the eventual 72-64 win. Karrar Hamzah added 21 for Iraq.

Because of these losses, India failed to qualify for the Quarter-Final stage and had to settle for 9-12 place playoffs. They played in the first playoff game against the home side Vietnam in what became India's most dominating offensive and defensive performance of the tournament. Using stifling defense, India held Vietnam to just 19 points after the first three quarter as they cruised to a 107-40 victory. Vietnam were no match for India, who dominated the game from start to finish. Ajay Pratap Singh posted 20 points in the first half before being rested for the rest of the game. JP Singh introduced Satnam Singh Bhamara in the third quarter, where the young Center scored a further 19 points. Loveneet Singh scored 20 points for India, while Rakesh Sangwan added 16.

In their last game of the championship, India were set for a rematch against Chinese Taipei for the 9th place. It turned out to be a heartbreaking game for India, as Lu Kuan-Shiuan’s three-pointer, with less than three seconds left in the game, helped Chinese Taipei fashion a resurgent 61-60 win. India held the edge on the scoreboard for the better part of the first half, but Taipei unleashed a 15-2 run through the start of the third quarter and went on to build a 10-point lead. India seemed to recover from that deficit and kept the score close and were ahead 60-58 with 20 seconds left on the clock, when coach JP Singh took a time-out. Taipei having run out of time-outs pounced on the opportunity to plot their play, and after the usual rotation, Wang I-Feng drew the rival defense towards and sent the ball to Lu. Who had had no trouble in firing the match-winner in. I-Feng had 17 points for Taipei, while India were led once again by Satnam Singh Bhamara, who had 29. 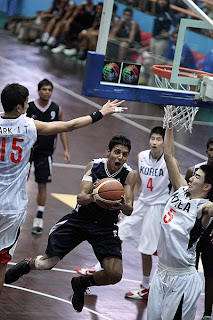 Thus, India finished the tournament with a 3-5 record. We were led individually in scoring by Satnam Singh Bhamara, who averaged 19.3 points per game in the course of the championship. What makes it more amazing is that Satnam was only the starting five for perhaps half of the games played. Ajay Pratap Singh (13.1 ppg) and Loveneet Singh (10.3 ppg) were regular offensive options. Rakesh Sangwan and Karthickeyen Saminathan also pitched in valuable contributions for the Indian side.

Of course, there is the disappointing after-taste of 'what could've been?' with many of the games we played. The losses to Korea and Iraq hurt especially, since we were so close so late into these match-ups, and of course, our final seconds loss to Chinese Taipei, after holding on to a two-point lead, didn't settle easy in the stomach either. But the fact that we are getting this close is a marvel in itself. The fact that we defeated Taipei by 21 points in an earlier game, and that we completely destroyed the likes of Malaysia and Vietnam (teams who are close to equal to us) makes me very optimistic.

This is a talented and deep team with good defensive fundamentals, and the likes of Ajay Pratap Singh and Loveneet Singh will be stars to watch for India in the future. Ajay Pratap Singh finished with the best assists average (4 apg) in the entire tournament! And then there is the case of the unpolished but dominating big man, Satnam Singh Bhamara. Still over a month away from his 16th birthday, this seven-footer had a coming-out party at the tournament in Vietnam. It isn't just the points he scored, it was the frequency with which he scored them, even when he was handed limited minutes. At 19.3 ppg, Satnam was the leading scorer of the entire championship!

A student-athlete at the IMG Academy in Bradenton, Satnam has had a big year, as he made his debut with India's Senior national team in MAZ Qualifiers in India, and later, was part of the squad that performed poorly at the 26th FIBA Asia Championship in Wuhan. His play was very limited in that championship, but amongst his own age group in Vietnam, he was unstoppable. What makes Satnam's improvement so much more amazing is that the youngster seems to continue having a level-head and surprising maturity: In an interview with FIBA, Satnam made it clear that he puts team first. Here are some of his quotes from that interview: 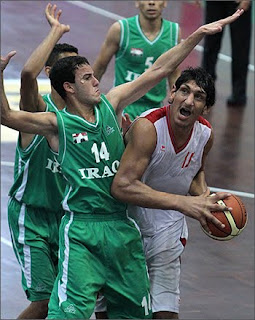 "I only wish I had scored half as many points in any of those games, and we had entered the quarterfinals. Only then my performance can be spoken about."

"I feel a lot more confident now. I am not scared of any situation anymore."

"The way I want to contribute is not only by scoring 40 points, but also stopping 40 points. That way I think my contribution to the team will be more valuable."

Satnam will now return to India, perhaps to take part in an Indian Juniors camp in Delhi, or perhaps to return to the IMG Academy in Florida, USA, straight away. We hope he keeps improving either way, and so do this current Youth team. They could come together again in a year or two when India play in U18 international championship, and we'll see then if this side can learn to find a way of winning more close games.

Congrats again to China, by the way, who are just looking scary good from all angles in basketball right now. China is dominating every Asian-level tournament is taking part in. And the future looks good for them too: it will be a long time before any other basketball playing country in Asia can replace them at the number 1 spot.
Posted by KARAN MADHOK at 14:30