Thus far, it has been an unusual off-season to the NBA, where the locked-out league saw failed negotiations between the owners at the players reach a point where actual regular season games got cancelled. Meanwhile, the locked-out players found their own way to have fun with hoops, playing exhibition games all around the USA, and for one magical week, in the Philippines, too.

If you were like me, you woke up this morning to even more depressing news about the lockout, that the bitter rift between the two sides widened and talks broke down. Well, here is some measure of good news coming via the NBA's players and a soon to be very popular Atlanta business mogul.

ESPN reported yesterday on what could be the mother of all lockout exhibition programmes: The NBA's finest players - pretty much ALL OF ITS FINEST PLAYERS, instead of a few here and there like the previous exhibitions - will be going on a two-week world tour, touching four countries in four different continents, and playing exhibition basketball games. It's the Beatles in Basketball form.

Of course, nothing is finalised yet, and a twist in the lockout negotiations story could change everything, so know that what you read ahead is only tentative.

No this is NOT a list of the NBA's best players, this is a list of players who could face each other in these international super all star games. The only notable exceptions from this list are Dirk Nowitzki (probably resting after the Euro Basket), Dwight Howard (who has already visited 15 countries this summer), Deron Williams (currently playing professionally in Turkey), and Pau Gasol (practicing with FCB Barcelona).

The tour, scheduled to be held from October 30 - November 9th, will make stops in Puerto Rico, London, Macau, and Australia. Two games each will be played at sites in London and Australia. 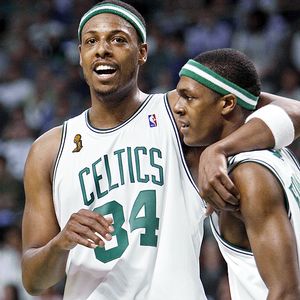 (Before you ask: sorry, there's no word yet on whether Kobe/LeBron/Wade etc will be dunking on each other at Mumbai's Nagpada or Ludhiana's Guru Nanak Stadium anytime soon.)

Here's more about this Superstar World Tour from ESPN.com, as reported by Chris Broussard:

Atlanta business mogul Calvin Darden has been putting the tour together with the players' agents for nearly three months. He has already obtained signed contracts from Bryant, Wade, Bosh, Griffin, Rondo and Pierce. Sources say he's hoping to complete the rest of the agreements, along with insurance requirements, over the next few days.
Even so, sources warned that the tour has not yet been finalized and there's still a chance it could unravel.

Darden is hoping to broadcast the games in as many international markets as possible and perhaps in the United States as well.
The players will be paid, receiving salaries ranging from six figures up to $1 million, sources said. Some of the money generated by the tour will be donated to charity.
The tour would be the biggest lockout event NBA players have ever staged.

Beyond the salaries the players will receive and the overseas venues, this tour is different in that the rosters will be comprised completely of All-Star caliber players.

Darden, the former senior vice president of U.S. operations for UPS, sits on the boards of Target, Coca-Cola and Cardinal Health. He is also the chairman of his own real estate development company, The Darden Development Group. In 2002, Fortune magazine named Darden the eighth-highest ranking black executive in America.

My friends, wherever you are, let's take a moment to get up from our seats and give a slow clap for The Talented Mr. Darden right now for potentially pulling off something massive like this. On second thought, let's hold the applause until this tour is actually finalised.

Meanwhile, the NBA's owners and players are not letting you and me and all the other fans enjoy the league we so love over a difference of 2.5 percent.
Posted by KARAN MADHOK at 13:03