In a thrilling finale, Indian Navy survived to defeat Captain’s Club to lift the Men’s trophy of the Royal Club Basketball Tournament, one of the oldest and most prestigious basketball tournaments in New Delhi, at the Montfort School in Ashok Vihar on Sunday. It was the 50th Golden Jubilee year of this tournament. 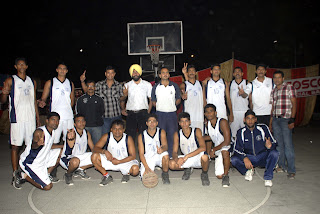 The tournament featured a total of 33 teams in three sections: Men, College Women, and School Boys.

Trailing by one point at halftime in the Men’s final, Indian Navy went neck to neck with Captain’s Club in the close game and outlasted them for a thrilling 82-78 win. Indian Navy were led by big performances by Soji Cherian (24 points), Mandeep (23) and Vipin (17 points). Praveen had a game-high 29 for Captain’s while Vinay added 17 for the losing side.

The College Women’s final was dominated by IGI, who were led by internationally experienced players like Sonika Ohylan, Pratima Singh, and Raspreet Sidhu. Sonika, who was later named the tournament’s best player, led the way with 26 points in the final where IGI led LSR throughout for a breezy 71-45 win. Pratima Singh added 24 points in the final, while for LSR, new recruit Chinmayee had 16. 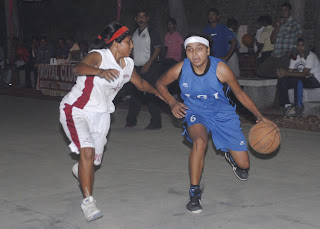 The School Boys final was also an easy game for GD Goenka, who defeated DPS (MR) by 60-31. Goenka were led by Dhruv (17 points) while Roopender had 23 in a losing effort for DPS.