6-foot-10 center Amrit Pal Singh almost singularly represents both the opportunity and the frustration of Indian Basketball. Despite possessing the athleticism and physical skills to be a great basketball player, Amrit Pal, born and bred in a small Punjabi village, wasn't "discovered" until 18. Within the next six years, however, he rose to become one of India's best players, a national captain, and one of India's only professional players abroad. Amrit Pal's story is an example of opportunity in Indian basketball, of how there is so much more untapped talent around the country just like him. But it's also a story of frustration, of the fact that so much talent is being lost every year without the right kind of training and representation. Amrit Pal's tale, however, does have a happy ending. With the help of help of talent management company Pursuit India - one of the few agencies of its kind in the country - and their consultant in Japan Rohit Bakshi, April Pal and his fellow Team India star Amjyot Singh were both able to secure professional basketball contracts in Japan, first in the Summer League and then in Japan's D-League. Amrit Pal and Amjyot starred in Japan helped their squad - the Tokyo Excellence - win a third straight championship. With their success overseas, a symbiotic basketball relationship between Pursuit and international basketball was born.

Pursuit, which is a the talent management division of Ekalavyas Consultancy Private Limited, made their full-fledged launch last week and have now fully taken the charge to help untapped Indian basketball talents fully reach their potential. Ekalavyas has been involved in closely covering and scouting Indian basketball events for several years already; through its grassroots network, Pursuit is now able to scout athletic talent from a young age and help them along their playing careers, whether in India or abroad.

Pursuit is headed by Vishnu Ravi Shankar, who is a Director at Ekalavyas and hopes to help Pursuit become India’s pre-eminent and pioneering basketball scouting and talent management agency. "While covering Ekalavyas tournaments down to the grassroots level, we had a lot of information on players of different age groups, of players in the national side, and of the progress they made getting older," Shankar told me. "There was hardly an opportunity for these guys, but we knew we could do a lot with this information. A few former players have experienced opportunities abroad, but nothing had happened at a higher level. The players we've signed - Amjyot and Amrit Pal - did really well in their opportunity in Japan. We want to build them as a brand here to promote and market them in India. We're looking at offers for them in other countries, too." 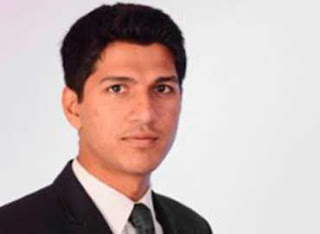 Working with Rohit Bakshi, their consultant in Japan, Pursuit began to send information and video footage of other young talents, and eventually, more opportunities opened up. Over the past year, Pursuit has helped the likes of Anmolpreet Kaur, Pallavi Sharma, and Adarsh Premsan win basketball scholarships in Japanese schools/colleges. The younger players are minors and hence don't have professional contracts.

Shankar adds that a major part of his work at Pursuit is speaking to parents and convincing them of allowing their children to follow their hoop dreams. "I've spoken to lots of parents in last few months. It's something new for Indian families. It's a big decision to send out out. We have to come with multiple candidates and see which ones can finally be the perfect fit to send out."

Outside of Japan, Pursuit has also pursued relationships with various basketball academies around Europe and reached out to basketball destinations in other Asian countries like the Philippines and China. A few more big announcements for Indian basketball with the USA and Europe are on their way, Shankar promises. 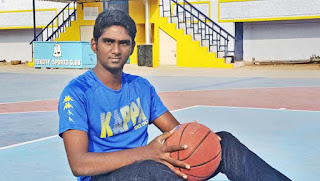 Back home in India, Pursuit and Ekalavyas have been closely involved with the UBA Basketball League and even recommended several of the star players to join the league in Season 2. One of those stars ended up being the league MVP, Vinay Kaushik of the Delhi Capitals. For season 3, they are planning for further involvement as the UBA expands its reaches. "We'll provide them top Indian talents and Indian-origin guys from abroad who are interested in playing in the league," Shankar said.

Pursuit will hope to be front and center when the next big breakthrough comes out of Indian basketball. Shankar points at Adarsh Premsan as one of the young players with star potential, and adds that there were many more players at the recent Junior Nationals in Puducherry who have been eyed for future professional ties abroad. Eventually, if and when India finally gets a FIBA-certified professional league of our own, Pursuit will hope to be ready to help manage the ties between the league and its crop of players.

"Players in India have the talent, but they just need to be given the right opportunity," Shankar said, "Amjyot and Amrit Pal were always gifted, and in Japan, they just clicked. I'm very interested in younger talent. They still need to be taught a lot of right things. We need to get them out at 13 or 14 and get them the best training available."