Bringing together the best youth basketball talents in the Asia-Pacific region for an elite camp, the NBA's Basketball Without Borders (BWB) Asia 2016 camp is set to be held in Melbourne (Australia) from June 23-26. Three promising Indian players - Baladhaneshwar Poiyamozhi, Aashay Verma, and Sahil - have been chosen for the four-day camp, which will also feature numerous current and former NBA stars. The 2016 BWB Asia is being coordinated between the NBA, FIBA, and Australia's National Basketball League (NBL). 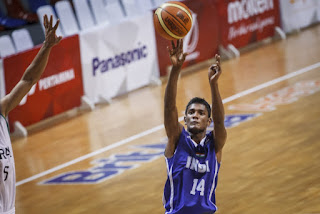 All three Indian players will be a part of the top 45 male players - born between 1999-2001 - selected from 17 countries for the training scheduled to be held at Dandenong Basketball Stadium in Melbourne.

In the Indian contingent, Poiyamozhi is clearly the most exciting prospect. The shooting guard from Tamil Nadu recently captained India's U18 squad as they won the South Asian Basketball championship in Bangladesh to qualify for the FIBA Asia U18 Championship. Poiyamozhi has been part of Tamil Nadu's back-to-back champion junior squad and was India's shining bright spark at the FIBA Asia U16 championship last year. Aashay Verma is a 7-foot-2 center from Hyderabad and Sahil represents Punjab. All the three were selected from various BWB camps conducted by the NBA-India across the country.