Amrit Pal Singh and Amjyot Singh have been tethered together for years. The two big men share a common state of origin (Punjab), a common family name (Singh), a common front-court in India's Men's Senior National Basketball team, and even common controversies. Earlier this year, Amrit Pal and Amjyot - starters for India's NT and two of the best basketball players that the nation has to offer - took their talents overseas to play together, in the same team, in Japan's BJ Summer League. 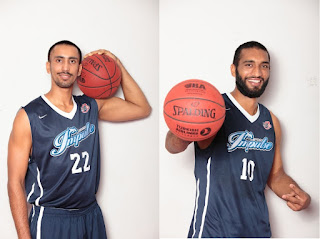 And now, still tethered together, Amrit Pal Singh (7-foot) and Amjyot Singh (6-foot-9) - both 23 - have taken another step towards making history. After impressive performances for Hyogo Impulse of the BJ Summer League from June to August 2015, the two bigs are heading off to a bigger city and a bigger league. The two Indian players have been signed on one-year contracts by Tokyo Excellence of the Japan's National Basketball Development League (NBDL). The NBDL was established in 2013 as a second-tier league below Japan's National Basketball League.

Tokyo Excellence has been the team with the best record in NBDL’s brief history, having won both the 2013-14 and 2014-15 championships. The team has active participation in hometown activities and events, including visits to schools and mentoring young basketball teams.

The period of their contracts is from 1st September 2015 to 31st March 2016. Expressing their happiness over the new opportunity, Amjyot and Amrit Pal said that they felt blessed and will look to do their best to make India proud.

The young cagers have been mainstays of the Indian Men’s National Team over the past two years, leading them to the historic, first ever victory over China in 2014 during the 5th FIBA Asia Cup held in Wuhan, China. Having learnt the fundamentals of the game at Ludhiana Basketball Academy under late Coach Dr. S. Subramaniam, the duo quickly developed their game and became vital to the Indian National Team’s success.

This significant move has been made possible by the behind-the-scenes effort put in by their managers, Rohit Bakshi (from YounGuns) and DIME Initiatives, along with well-respected Internationally Certified FIBA Agent Toshi Koga of Japan. “I’m just so happy that these kids are making India proud in Japan," Bakshi said, "These kids were trained in India and are showcasing their training at a high level. The Indian basketball fraternity needs to support them and help them get further by all means!”

Search 'Indian basketball player' internationally and the hype and results will likely point you to one name: Satnam Singh Bhamara, the first Indian citizen to be drafted into the NBA. But, while the 19-year-old Punjabi giant attempts to wade his way into America (and the world's) best basketball league through their Development League system, a couple of other Punjabi giants out of India are well on their way to scripting respectable professional careers for themselves internationally. 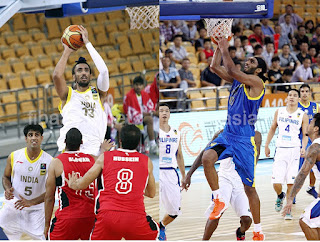 Even though they start this new professional chapter of their careers next week, Amrit Pal and Amjyot won't be deserting their national team responsibilites anytime soon. They have already discussed with their new club that they will be available to lead Team India's campaign at the 2015 FIBA Asia Championship - the biggest tournament that India's national team participates in - from September 23 to October 3 in Changsha, China. Althoug they were unavailable for India's practice and qualification for this tournament, their return will be a big boost for the team's campaign in China next month.

This is fantastic news for Amrit Pal and Amjyot, who are entering uncharted territory for Indian basketball players. India doesn't have its own full-time professional basketball league, and the players are right in their decision to make the most of their talents at a professional level whenever such an opportunity arises. Hopefully, they can continue rising up the ranks of Japanese basketball and their performances at the D-League earn them an opportunity with Japan's National Basketball League, too.