The finest young basketball talent in India came under the same umbrella to Puducherry for the 2016 Junior National Basketball Championship for Boys and Girls, and the tournament concluded with victories for Tamil Nadu (Boys) and Karnataka (Girls), who both pulled off impressive finals victories at the Rajiv Gandhi Indoor Stadium on Sunday. TN's Girls lost in the finals to Karnataka, while TN Boys beat Kerala. 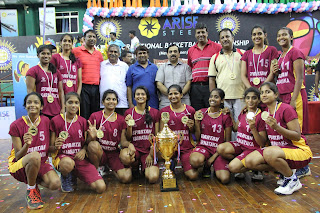 The tournament was organized by the Basketball Federation of India (BFI) and the Puducherry Basketball Association. TN Boys were winners in last year's Junior Nationals in Ludhiana, while Chhattisgarh Girls beat Karnataka in the Final.

In the Girls' final, both the teams came to the occasion prepared and were neck and neck at the end of the first quarter. Both the teams were playing zone defense and their respective shooters maximized on the opportunities and were able to score from behind the arc. Tamil Nadu led, 16-14, after the first ten minutes. The intensity changed in the second quarter as Karnataka shifted to man to man defense and were able to stop the three pointers of Tamil Nadu. In the third quarter, Karnataka took a huge lead as their pressure defense forced the Tamil Nadu players into many turnovers. The turnover led to easy transition baskets, many of which were converted by its senior international star Bhandavya (28). In the fourth quarter, Karnataka maintained its double digit lead despite Tamil Nadu switching to a full court press in desperation. Karnataka overcome their loss in last year's final to win 64-44.

In the first quarter of the boys' final between TN and Kerala, TN's first quarter performance set the tone for the game. TN opened the game with a 23-16 advantage, as their stars Hari Ram (29) and P. Baladhaneshwar (19) leading the way. TN kept a composed lead to take a 43-35 advantage by halftime, and continued to match every spurt by Kerala with one of their own. Despite strong performances by the Kerala duo of Md Shiras (23) and Prem (22), TN moved on to win 88-77. 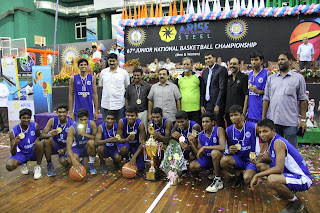 Earlier in the day, Delhi Boys secured third place with a hard-fought win over Haryana, 77-72. Vishal scored 17 for Delhi. The Girls' bronze medal game was a classic encounter, too, as Shruti scored 27 points to help Maharashtra edge away for a 60-58 win against Chhattisgarh.

A day earlier, Chhattisgarh, last year's Girls' champions, were beaten in overtime in the semi-final by an incredible late comeback by Tamil Nadu, 63-57. Avanti scored 18 for TN, edging ahead of Chattisgarh's Riya Verma's 17. In the second girls' semi-final, Karnataka's Bhandavya HM led the way with 24 to help her team beat Maharashtra 73-63. Shreema had 16 for the losing side. 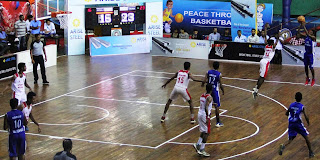 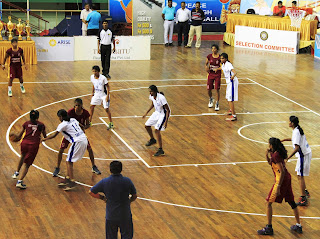