If basketball was a science, then Pete Gaudet would be found in the lab all day: mixing the right chemicals to make the perfect compound, perfecting the timing, jotting down his results and then mixing again to sharpen up his final product, and then meticulously detailing each piece of information and piecing everything together to make his work better and better.

The way Gaudet looks at it, basketball is a science. The American coach, who has been appointed as head of the Indian Sr. National Women’s team, brings with him over 40 years of experience coaching hoops at American High School, College, International, and Professional level. But when asked about why he accepted such a drastic change of scenery to come and coach in India, he answered: “At the end of the day, the basketball is still round, and my workstation is still the gym… Basketball is still basketball.” 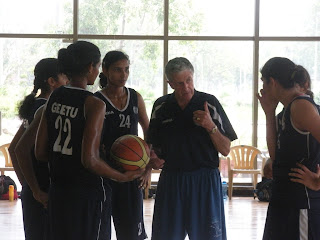 And there are few people more versed in the chemicals that comprise the compound game of basketball than Gaudet: Over the course of his career, Gaudet has coached both men and women at the highest levels of American college basketball, including positions at West Point, Duke University, Vanderbilt, and the Ohio State University (OSU). He has extensive technical and international basketball experience to add to his resume.

Gaudet and Coach K also worked together with the Army basketball team, and before joining Duke, Gaudet coached Al Arabi, a club team in Kuwait. He has travelled to over 25 countries in conjunction with baseball, conducting clinics in Italy, Nigeria, Italy, Korea, Senegal and Canada.

After Duke (1983 - 1995), Gaudet worked at Vanderbilt and OSU, holding both men’s and women’s assisting coaching positions at Vanderbilt and was a women’s coach with the latter. While in OSU, Gaudet wrote a book called ‘Practical Post Play’, which is an essential guide for post players and coaches.

At OSU, he worked with Tamika Raymond, who was the former coach of the Indian Women’s team, and encouraged Gaudet to take the job after her. Last month, Gaudet was signed alongside two other world-class coaches for Indian Basketball – Kenny Natt (Indian Senior Men’s team) and Zak Penwell (Strength & Conditioning Coach).

Gaudet is currently working at the National Coaching camp at the Indira Gandhi Sports Complex in New Delhi as the team prepares for the 24th FIBA Asia Championship for Women, to be held in Omura and Nagasaki, Japan, from August 21-20, 2011.

A week into his time in India, I got the opportunity to speak with Gaudet about the challenge that lay ahead of him.

Hoopistani: Why did you choose to take this coaching opportunity in India? 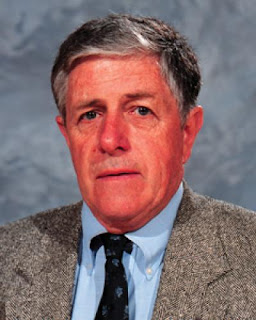 Gaudet: I was very intrigued about this job when I first heard about it. I was contacted by [former India Women’s coach] Tamika Raymond about it, whom I used to work with at OSU – she told me that it would be a great experience for me. She told me that the girls love the game, but that they need teaching.

In the past, I had usually avoided the Head Coach position because it doesn’t come with the basketball teaching/developing opportunities. But here, I knew that I would be able to teach the game. In the past, I have worked with players of all levels, and with men and women.

I understood that IMG/Reliance was going to be presenting me with a good challenge here in India. Plus, coming to another country wasn’t a problem for me – I have coached around the world!

Finally, in the past I had mostly worked with college players, with whom you have to balance playing and studying times, as they are still students. With this opportunity, I can work with this team on my own time.

Hoopistani: As you said – you have coached around the world. Tell me a bit about your experiences.

Gaudet: In College, during the regular season, I had to work with the team. But in the off-season I had the option of taking part in specific camps around the world. I’ve enjoyed working with post players a lot, and have been a regular attendee of Pete Newell’s Big Man Camp in Hawaii. Internationally, I have done clinics in Nigeria, Korea, Italy, Qatar, Israel, and Canada, and also travelled to Yugoslavia, Spain, Greece, and Serbia.

In Kuwait, I coached a professional club team for eight months. This is my first time in India.

Hoopistani: What have been some of the highlights of your career so far?

Gaudet: I’ve spent 40 years in basketball as a coach, and the best thing that I’ve experienced have been the relationships that I have established with players and other coaches in this time. It has been great to have mentored so many basketball players.

Aside from that, I treasure the two National Championships that I won with Duke (1991 and 1992). 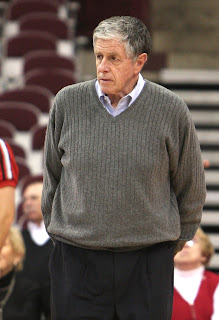 With Duke, Vanderbilt, and OSU, I have been proud to have been part of teams who have competed at the highest level of NCAA College Basketball, playing against some of the best teams.

Hoopistani: How do you expect your challenge in India to be different from that you faced in the US or in the other parts of the world?

Gaudet: My India challenge is about being here and now, and not about anything I’ve done in the past. Players are players – Just like the players I’ve worked with before, these players in India have a championship in which they are trying to compete. My job will be to prepare a team of advanced players and make sure they keep improving.

More than good basketball plays, I want to have good basketball players. Yes, you can’t have control over the players you have, but my challenge will be to ensure that every day when they leave practice, they realise that they have become better players.

You can have no ego about a change of scenery like this. Whether you are working with the best players in the world or not, basketball is still basketball. At the end of the day, the basketball is still round, and my workstation is still the gym. It’s still 5-on-5. I have worked with professionals and with 10-year-olds, and I have enjoyed both, because teaching basketball is very satisfying – it has got nothing to do with having superstars. Young players have an advantage in that they are more receptive to improve themselves.

Hoopistani: What have you learnt about the Indian team in your short time with them?

Gaudet: The women’s team have been very receptive to the knowledge I have shared with them. They understand that they have to perform at a high level. The most important thing is that they love to play the game of basketball.

Hoopistani: How will you hope to raise the level of the team’s performance?

Gaudet: My background is in defense, and that is what I believe in. I want them to enjoy playing defense, and learn the importance of stopping the opposition players. It is important to find players with the skills and passion for defense.

Basketball is a creative game, and I also believe in giving the players’ the freedom to be creative. But they have to be good enough to handle this freedom.

We may not have the biggest or the strongest team, but we have enough athletic ability to be good defensively and find a way to counter size with quickness.

It’s important to find out what each of the specific players is good that, and then make them enjoy it. Hopefully, I can get all of the players to contribute to the team in some way.

Hoopistani: In Geethu Anna Jose, you have a dominating post player who was also the only Indian to be offered WNBA trials. How do you plan to maximise her talents in your team?

Gaudet: Using Geethu in the post will be one of our weapons. She has the right skill-set to be successful. But in a full game of basketball, post players do not actually get too much time on the ball. For Geethu to be effective and make the most of her time, the other players in the team have to get her the ball. Post players like Geethu can’t reach their full potential without the help of the others.

She will also then be able to free up the other players, to provide them with driving lanes to score and with open three-point shots.

Hoopistani: Looking ahead – do you think the game of basketball has a future in India?

Gaudet: If we can make the most of the commitments made by IMG/Reliance, with the Basketball Federation of India (BFI), we can really hope to see the game improve here. I want to see this sport gain more popularity, see more basketball gyms, and more kids playing the game.

The popularity of the sport can grow through the Indian team’s performance – if this team if able to perform well, maybe they can set up the building blocks of a future for the game in India.

Hoopistani: What are your goals for your term here in India?

Gaudet: I want to raise the standard of the game here and show young people that, if they work hard, they can end up playing at a high level. I want them to approach basketball not just for the game but to achieve great things.
Posted by KARAN MADHOK at 16:20