Aftershocks of a Draft

So the NBA Draft is over, and a bunch of young players have bolstered mostly weak rosters, but unfortunately, the future of the league is an uncertain as it has ever been. It doesn't help that, with the Lockout (#LWord) looming, some of the best young players such as Harrison Barnes, Perry Jones, and Jared Sullinger decided to skip the draft and go back to school for another year. Yes, the talent crop might look weaker on paper than past years, but take a closer, scrutinised look and you'll find out how several teams upgraded themselves the right way, via drafting crucial pieces or via trade.

So here are the top 14 (lottery) picks of the 2011 NBA Draft. The order is a little different from what you would expect, because several teams pulled off trades on draft night. The most crucial one was the Sacramento Kings pulling off a three-way trade with the Milwaukee Bucks and the Charlotte Bobcats. The Kings received the 10th pick from Bucks and John Salmons. Bobcats received the 7th pick from Kings and the Bucks' Corey Maggette. Bucks received Stephen Jackson, Shaun Livingston, and 19th pick from Bobcats and Beno Udrih from Kings.

Kapeesh? It will make more sense when you look at the draft list now:

The first thing I wanna mention is that, after the first 2 picks, the draft became as unexpected as it was expected to become, if you can follow my drift right there. Canadian forward Tristan Thomas took the biggest jump to be picked 4th. Two of the biggest starts in College Basketball last year - Kemba Walker and Jimmer Fredette (Say his name in the TIMMY! voice from South Park: JIMMER!! - fell to nine and ten respectively. My Knicks continued to torture fans by another questionable pick at #17 in the form of defensive guard Iman Shumpert. And the likes of Kyle Singler, Jeremy Tyler, and Josh Selby fell into the second round.

First off, let's start with the Cavs, who took little time in putting an end to their post-LeBron-depression-era by bringing in Duke's point guard Kyrie Irving. No surprises here: Irving is talented indeed, and scouts see shades of a poor man's Chris Paul in his leadership and his on-ball skills. Irving's going first also continued to usher in the hand-check-rule era of point-guard domination in the NBA. After Derrick Rose and John Wall, he was the 3rd PG in the last four years to be picked #1. Clearly, their is a major shift in focus in the league, with PGs getting more and more respect around the NBA. With the fourth pick, the Cavs kinda shocked people by picking Tristan Thompson, especially over guys like Jonas Valanciunas (who is a bit of an unknown project).

Another bit to note obviously was the international flavour in this draft. 6 of the first 7 picks were born overseas. The league continued to have an increasing number of international players picked in the draft - in my NBA-India article today, I suggested that the league should be named to the IBA - International Basketball Association! 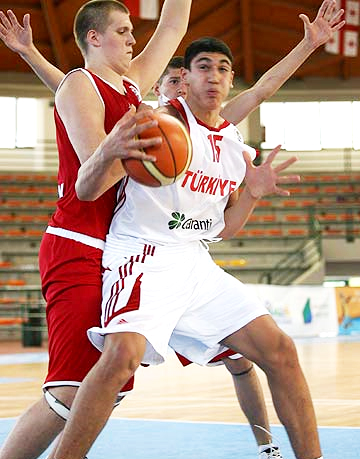 Minnesota did what we expected them to do - pick combo-forward Derrick Williams. But now with a plethora of forwards in a similar position on their side, they will have to trade someone. My money is on Michael Beasley saying goodbye to any hopes of balling alongside Ricky Rubio.

One of my favourite picks this year is Turkish PF/C Enes Kanter, who went third to the Jazz. Kanter is freakishly talented, boasting the game of a slightly bigger Carlos Boozer. Because of his foreign origins, he was a bit of a mystery man in the league, but I'm glad the Jazz took a chance with him - I think he will prove to be a star in a league that is forgetting the importance of skilled post-players.

In Jan Vesely at 6th, the Wizards added the guy people call 'Euro Blake Griffin', mostly because of his athletic/dunking ability. The Wizards had a great day at the draft, as they also added a good defender in Chris Singleton as the 18th pick and a stable point guard in Shelvin Mack at 34. They will form an exciting young nucleus around John Wall, Andray Blatche, Nick Young, and JaVale McGee. 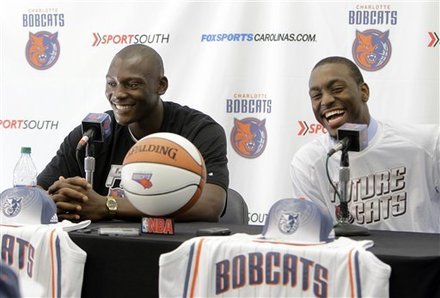 My favourite movers and shakers of the draft though were the Bobcats. With the 7th and 9th picks, the Bobcats immediately overhauled their roster by bringing in the person many are calling the next Ben Wallace - Bismack Biyombo, and of course, the player I feel who deserved to be a top 3 pick this year purely based on his winning mentality - Kemba Walker. With the acquisition of veteran Corey Maggette, the Bobcats can finally move on to a new, exciting direction.

At 10th, the Kings brought in the draft's surest ticket in JIMMER!! - JIMMER!! is also the best shooter of the year, and although has questions in his defensive ability, he will bring excitement back to Sacramento. It's a gamble indeed by the Kings, but if it pays off, their nucleus of JIMMER!!, Tyreke Evans, and DeMarcus Cousins could be one to watch for the future. 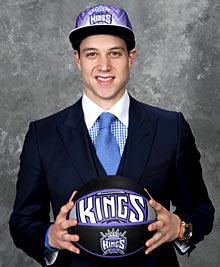 Apart from the names mentioned above, a few other teams made notable moves that I feel should be mentioned here:

- Portland lost Rudy Fernandez to Dallas and Andre Miller to Denver, but they got Raymond Felton in return. I like it.
- Denver made a savvy pick at 22nd by bringing in hustling big man Kenneth Faried.
- Dallas, the best team in the league, just got a little better by adding versatile backcourt player Fernandez.
- Boston got a good player at 27th in JaJuan Johnson.
- And the Spurs traded away PG George Hill to the Pacers, and got the 15th pick in return, who they turned into small forward Kawhi Leonard.

So there we are... The picks have been made, the trades finalised, and the rosters taking shape. All that's left is to hope for the NBA Basketball next season...

... And of course, the 2012 draft! With so many big names dropping out this year, 2012 will be STACKED! Anthony Davis, Harrison Barnes, Perry Jones, Jared Sullinger, Austin Rivers, Quincy Miller, James McAdoo, Michael Gilchrist, Bradley Beal... learn those names now - you will be hearing again, same time, next year!
Posted by KARAN MADHOK at 18:16