Kenny Natt: Basketball in India is ready for the first steps in a long journey

That was the most common question thrown at 52-year-old basketball coach Kenny Natt when he faced some of the top sports journalists and writers in the country. Journalists and writers, who, after years of absorbing themselves in the functioning of the nation’s flawed system, rightly wondered why one world’s most elite basketball coaches would choose to bring his coaching talents to India. 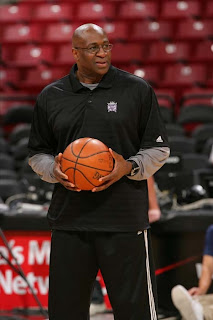 A month ago, Natt was announced as the new Head Coach of the Indian Sr. Men’s National Basketball squad, the Young Cagers, as they’re nicknamed. He was chosen along with experienced collegiate coach Pete Gaudet (Women’s National team) and Zak Penwell (Strength and Conditioning) as the men who have been passed on the baton to instruct and lead Indian basketball into the future.

Natt has followed Bill Harris as the second American coach to be handed Indian basketball’s top coaching gig, but unlike Harris, who was only with the team for a few months as they ventured into the 2010 Asian Games, Natt has signed on to a two-year agreement with the Basketball Federation of India (BFI). He will be the first head coach for the Young Cagers who comes with a glittering resume that includes an NBA head coach job and assistant coaching gigs to teams that included basketball greats such as Karl Malone, John Stockton, and LeBron James.

Which brings us back to the very valid question, Mr. Natt: “Why India?”

I remember speaking to Dan Barto last year, a coach at the IMG Basketball Academy in the USA, about the importance of good coaches in India. Barto responded by saying that in any place where the game of basketball is at its infancy, it is those who spread the knowledge of the game who are remembered, more than those who play it. This concept, he says, was even followed in America, the country playing at the highest level of hoops in the world right now – before the game became a worldwide phenomenon, there were no LeBrons and Kobes - there were the James Naismiths, the John Woodens, and the Red Auerbachs.

Indian basketball is still an infant relative to the rest of the world, and the country is waiting to be moulded into its complete basketball potential. He might have worked with some of the best talents in the world, but Natt says that he is looking forward to going back to doing something that he loves most: teaching the game of basketball from its basic fundamentals. 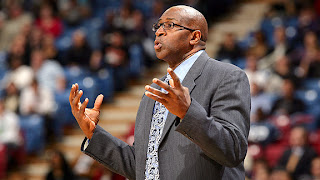 “This is a great opportunity for me to do something I love – help develop young basketball talent,” says Natt, “I have a passion for teaching young, up-and-coming players.”

Before coming to India, Natt had worked with the who’s who at the highest levels of the game. But before his journey as a coach began, he was an accomplished player, too. Natt played for the University of Louisiana-Monroe. He averaged 20.1 points and 3.5 rebounds his senior season while earning All-Trans America Conference honors and was named MVP of the Louisiana All-Star Game. As one of the top scorers in school history, Natt was inducted into the Northeast Louisiana State University Hall of Fame in 2003.

Natt was drafted by the Indiana Pacers with the 30th selection in the 1980 NBA Draft. He spent three years in the NBA playing for the Pacers, Utah Jazz and Kansas City Kings. During his career, he played for six CBA teams before finishing his playing career with Fresno and Youngstown of the World Basketball League (WBL).

At the start of his coaching/scouting career, Natt spent two seasons as a scout for the Jazz and as an assistant coach at Youngstown State. He also held positions as an assistant coach/player personnel director for the CBA’s Columbus Horizon, a head coach for the Cape Breton Breakers (Nova Scotia) in the Canadian-based National Basketball League and as player personnel director and scout for the WBL.

And in 1994, he was back in the NBA. Natt has 13 years of NBA coaching experience He spent nine seasons (1994-95 – 2003-04) on legendary coach Jerry Sloan’s staff with the Utah Jazz. He was responsible for the on-court skills development of frontcourt players as well as preparing video breakdowns for game preparations of upcoming opponents. He was a member of the coaching staff that led the Jazz, led by Karl Malone and John Stockton, to the playoffs in eight of his nine seasons in Utah. Natt was on the bench as the Jazz made runs to the NBA Finals in 1997 and 1998, losing only to Michael Jordan’s Chicago Bulls side both times. 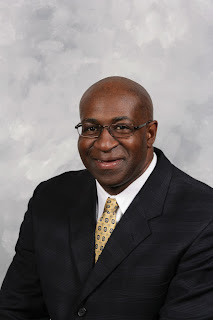 Natt spent the three seasons (2004-2007) as an assistant coach to Mike Brown at the Cleveland Cavaliers, helping the Cavaliers reach the 2007 NBA Finals. Led by a young LeBron James, this defensive-minded team was swept by the San Antonio Spurs in the Finals.

In less than a week, Natt discovered the obvious differences in the ‘Indian basketball’ way, as compared to his past experiences. “The players in India are very willing to learn,” he says, “Yes, they might not be as many tall players here as there are in the USA, but these players have a heart and determination that is very encouraging. I did my homework before coming here, watching the game tapes of the Indian side from past championships, and it was obvious to see that even in losing efforts the players showed courage and a hunger to keep competing.”

Natt’s first challenge with the team would be to lead them into the FIBA Asia Basketball Championship in Wuhan (China) in September this year. By then, Natt hopes to get through to his players as well as he can to prepare them. “We will be successful if we play an up-tempo and organised style of basketball,” Natt says, “We also have good, experienced big men in Jagdeep Singh and Yadwinder Singh – we will get the ball inside to play off them.” 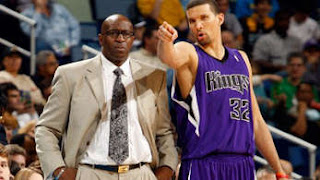 Natt has noticed that the Indian side have shown signs of the defensive principals taught by their former coach, Bill Harris. He is hoping that with more time in his hands, he will be able to bring more organisation and discipline into the team. “It’s important that the players are happy and confident,” he says, “If they’re confident, they’ll compete harder against some of the Asian powerhouses.”

“It will be a long time before we’re in the same league China or Japan – but we will focus on making progress from today. It took China a long time of focus on developing the game for them to get where they are now. The FIBA Asia Championship is the first step in a long journey for us – the important thing is to see progress and put up improved performances.”

Along with the two Punjabi ‘Singh’ Twin Towers in Yadwinder and Jagdeep, Natt says that in the early days with the team, the likes of Vishesh Bhriguvanshi and Trideep Rai have left an impression on him because of their leadership and experience.

In the past though, the same Indian side has suffered due to several fundamental errors – Natt recognises these and has a plan for helping the team overcome them. “The players have to learn to master the basic fundamentals, something I will help them with,” he says, “We have to repeat the basic drills often to get rid of concentration lapses that occur in big games.”

In addition, Natt also expressed joy that, for the first time, the Indian National teams will have a Strength and Conditioning specialist coach in Zak Penwell, who will help the players improve their fitness and endurance to match some of Asia’s best.

“It will take some time, and I’m excited for this opportunity,” Natt says, adding that besides the National team, he will focus his attention in helping the future of Indian basketball coaching and playing, too. “I am looking forward to taking part in a ‘Feeder System’, where I coach the coaches, and then they go back to coach the best players. I’m also excited to see some of the Youth-level talent in India: it is this younger crop who need to be imbedded with the right basketball fundamentals now so that they can become stars of the future.”

A 1.2 billion population. The largest youth-population in the world. A country at the brink of becoming the next big thing in basketball, ready to mature from infancy into a basketball-playing and basketball-loving nation. And an opportunity to rekindle the purest form of joy as a basketball coach: teaching.

Add it up, and you’ll see that the question that anyone should be asked is, “Why not India?”
Posted by KARAN MADHOK at 15:52