The Basketball Federation of India (BFI) has called up probables for Indian Senior National Men and Women’s teams for National Coaching camps in New Delhi from May 20th at the Indira Gandhi Sports Complex. The camps will help to decide while players will take part in two crucial FIBA Asia Championships later in this year.

The following players have been selected as probables for the Indian Senior Men’s Basketball team for participation in the 26th FIBA Asia Championship for Men to be held in Wuhan, China from September 15-25, 2011. The 1st National Coaching camp in preparation for the above mentioned tournament will be held from May 20th, 2011 – June 19th, 2011. 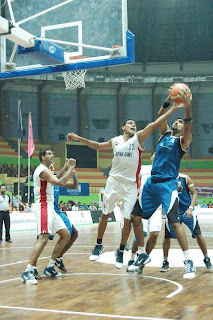