The best-paid teams in all sports

A year ago, I wrote about the results of the Global Sports Salaries Survey, a survey conducted by sportingintelligence.com that revealed the world's best paid teams... in all sports. On its way, the survey also went on the reveal the league's with the highest average salary. 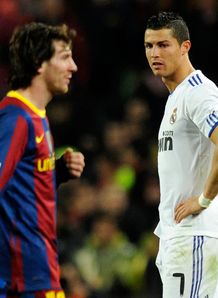 A few weeks ago, the results for the 2011 Global Sports Salaries Survey were revealed - and the results are interesting indeed. Some of the top football, basketball, and even cricket teams in the world are represented from league's like Primera Liga (football), NBA (basketball), and IPL (cricket).

Baseball team New York Yankees of the MLB were the world's best paid team last year, but Spanish footballing duo of Barcelona and Real Madrid have since overtaken them for the top spot.

The richest NBA team is the Los Angeles Lakers, who are fourth in the overall list behind Barca, Madrid, and the Yankees - no surprises there, since the Lakers are not only the most popular team worldwide but also two-time champions. What is surprising, though, are the next three basketball teams on the list - Magic (5), Nuggets (9), and Jazz (11) - I would've expected someone else to be ranked higher. The Celtics come in at 15th on the all teams list.

And about our Indian cricket leagues? Well, they seemed to have fallen far behind. Last year, the Royal Challengers Bangalore of the IPL were 12th on the list. This year, they are still the richest IPL team, but have fallen to 26th.

Any more surprises? Barcelona, the leaders, pay an average annual salary per of $7,910,737 per player. Manchester United, one of the most famous teams in football (real football, soccer football), rank 16th. Liverpool are 20th. The two best NBA teams, in terms of record this season, are 42nd (Bulls) and 43rd (Spurs).

The NBA, who crowd the majority of the top half of the top 200, leads as the league with the highest average salary in the world, which is about an average of $4.79 million per year or $92,199 per week, sportingintelligence.com said.

The lesson from all this? Sport pays. And basketball is one of the richest. The IPL has shown that it has the lucrative backing to eke a space for itself amongst the top leagues, even though cricket isn't a worldwide sport like football or basketball is. India is just that crazy a market, and it's another sign that maybe, if basketball is marketed the right way, it could have a positive future in India.
Posted by KARAN MADHOK at 12:40