Look no further if you want to spot the next basketball superstar of India: On Thursday, May 26th, the city of Nagpur in Maharashtra, popularly known as the ‘Orange City’, welcomed hundreds of under-16 boys and girls from two dozen states in India to take part in the 28th Youth National Basketball Championship for Boys & Girls, slated to take place from May 26th – June 2nd. 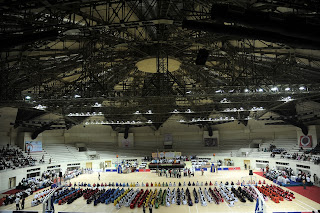 Maharashtra’s Chief Minister Prithviraj Chavan got the games underway after inaugurating Nagpur’s brand new Indoor Stadium of the Divisional Sports Complex, but it was the hosts Maharashtra who got the hoop fans really fired-up with back to back wins for both the girls’ and the boys’ teams.

Chavan, who declared the new Indoor Stadium open on Thursday afternoon, welcomed the players and the spectators. “It feels great to be at this inauguration at the ‘second capital’ of Maharashtra, Nagpur,” Chavan said, “I’m glad to see the best young players here from all over the country of India.”

The first game following the opening was the highly touted Maharashtra Girls side, featuring superstar Shireen Limaye as captain, who is the youngest player to be called up for the Indian Senior National camp in New Delhi. Maharashtra didn’t disappoint, even though they faced a motivated Punjab squad, and raced away to a double digit lead in the first quarter. Maharashtra really perked up their defense in the second half, allowing only four points in the last 20 minutes of play, en route to a convincing 65-31 victory. Shruti Menon had a confident outing with 19 points for Maharashtra. 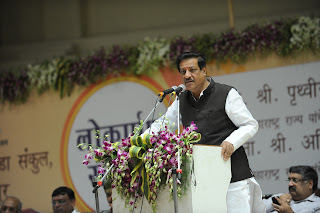 Maharashtra Boys started off their campaign with a tenaciously fought win over a gritty Karnataka side. Although Maharashtra led most of their way, Karnataka remained right on their tails, with big performances by Jeethender (24) and Melever (16). The second half was especially tightly contested but Maharashtra maintained their lead to notch a 63-50 win. Rohan Jagtap was the high scorer for the hosts with 17 points.

Meanwhile, Kerala Girls, the winners of last year’s tournament in Trichy, didn’t skip a beat as they started off with a dominating performance against Delhi. Kerala used hard-nosed defense and a balanced scoring threat to get an early lead over the team from the capital, and they carried their momentum throughout the game. It was an easy win for Kerala in the end, with the final score 54-13. 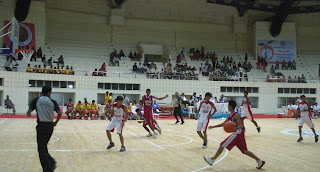