There are some smaller market teams who, for the longest time, remain shunned from the limelight. Whether they perform well or badly or anything, they remain mostly anonymous, especially in comparison to the Los Angeles', the New Yorks, the Miamis, the Bostons, or the Chicagos.

The Cleveland Cavaliers are not one of those teams.

It is been quite a decade for the Cavs, hasn't it? And no matter what their ups and downs have been, they have somehow remained relevant, remained breaking news.

The Cavs won the draft lottery in 2003, just in time to pick a certain fresh-faced high-schooler by the name of LeBron James as the first pick of the draft. It was a no-brainer of a pick, and LeBron paid them back well during his years. He won rookie of the year and a few years later, Cleveland, who had suffered a history of sporting heartbreaks, was suddenly a major contender. Not only were they winning basketball games but they were also winning the hearts of bandwagon fans from across the world. This was a team that historically didn't make the playoffs very often, and when it did, it didn't get very far.

Suddenly, the Wine, Gold, and White colours of the Cavs were sexy. Suddenly, every second basketball fan was a Cavs fan in his/her James 23 jersey. LeBron took the Cavs to an NBA Finals appearance and twice helped them finish with the best record in the league. He changed the face of the franchise.

We all know what happened then, right? LeBron made a 'Decision', packed his bag, and joined Dwyane Wade and Chris Bosh in Miami Heat, South Beach. The Cavs were left with nothing. Suddenly, we started to see blowout losses and a 26-game losing streak. Suddenly, I began to wonder, where had all the Cavs fans gone?

People connected with the Cavs organisation reacted sharply to LeBron's decision, from owner Dan Gilbert writing him a scathing open letter to fans burning his jersey and cursing his name. Things became so bad that the only real identity they had for 2010-11 season was that they were 'LeBron's Ex'.

But on Lottery Night for the 2011 draft, the Cavs won their chance at redemption. The lottery bounced the right way for Cleveland, and they scored two picks of the top five of the draft, including the #1 pick. What was perhaps ironic that the pick that won them the #1 spot wasn't their own to begin with, but a pick they had received in a trade from the Clippers earlier in the season. (Aaah! the Clippers luck continues - but that's another story).

The 2011 Class, unfortunately, is considered to be one of the worst. In an article by Marc J. Spears for Yahoo! Sports, one Western Conference GM called the pool of available player "horrendous". If the Cavs really did win big, the general consensus is that they won big at the worst time possible. 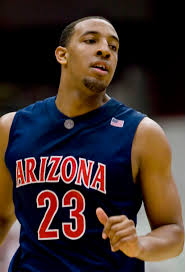 Of course, no one can fully predict how well or how badly the current draft class will do as pros. The Cavs are expected to make Duke's point guard Kyrie Irving into the first pick, a player in the mould of Chris Paul who is expected to finally give a new identity to LeBron's Ex-es. Other big names in the draft include power forward Derrick Williams, NCAA tournament winning PG Kemba Walker, Lithuanian Center Jonas Valanciunas, and PG Brandon Knight.

Here is the order at which the lottery teams will be making their picks come draft day, June 23.

The other 16 playoff teams will pick in the opposite order of their end-of-season record.
Posted by KARAN MADHOK at 14:56